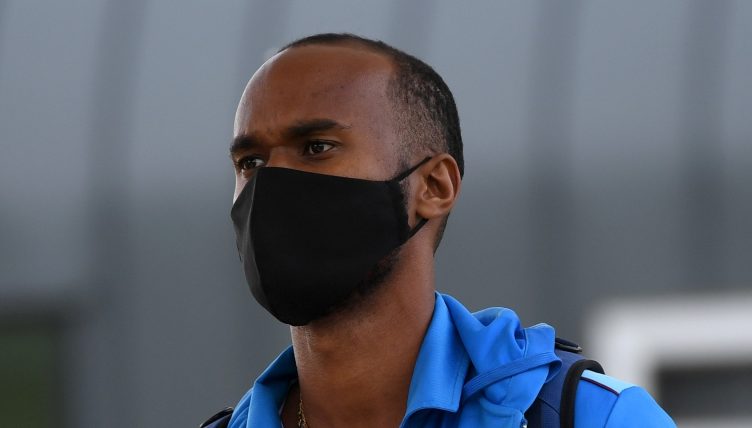 Cricket made a welcome return to English soil on Tuesday, with Kraigg Brathwaite scoring 84 on the opening day of the West Indies’ intra-squad warm-up match at Emirates Old Trafford.

The coronavirus crisis has meant no significant top-level cricket anywhere in the world since the Pakistan Super League was shut down in mid-March, but this three-day tune-up marks a major staging post before next month’s ‘bio-secure’ Test series against England.

The tourists, who have combined their mandatory 14-day quarantine with a training camp in Manchester, split their 25-man squad in two for the match with Brathwaite leading a side packed with first-choice batsmen against Test skipper Jason Holder fronting a team heavy on bowling.

Brathwaite responded well to his temporary leadership role, batting diligently after being sent in to help his XI reach 176 for three at tea, leaving Shai Hope unbeaten on 47.

While it was refreshing to see players back on the park and hear leather on willow once again, the sight of both sides lining up in maroon and navy training kit – with several wearing shorts and a couple donning hooded sweaters
in the outfield – provided a reminder that these are still baby steps towards the real thing.

Holder, who did not bowl after suffering a recent ankle niggle, decided to field first and immediately saw Roach and Shannon Gabriel find their feet.

It was the Trinidadian, who appears certain to be upgraded from the standby list to the main squad, who struck celebrated the first wicket of a delayed summer. John Campbell was his victim, attempting a pull but only managing to feed a top-edge to Alzarri Joseph at mid-wicket for a 16-ball duck.

Brathwaite was almost caught at third slip off Gabriel’s next delivery but, having survived that, he ground out a dogged innings that relied on quick singles, the occasional driven boundary and a degree of patience.

Number three Shamarh Brooks came and went for 17, the returning Gabriel getting one to kick outside off stump and finding an edge which sailed into Joshua Da Silva’s gloves.

Having reached lunch at 54 for two, Brathwaite and Hope went on to nudge the game in the batting side’s favour, putting on a century stand in the afternoon session. It took Hope 22 balls to get off the mark but once off and running he raised the tempo with 39 off his next 45 deliveries.

Brathwaite could not match his flicks and flourishes for elegance but reached 50 in 116 balls and weathered a handful of appeals as he progressed. At one stage Gabriel reacted to an unsuccessful caught behind by bellowing “Jesus Christ boy, you are dishonest!” but his wide grin told the story.

Roach managed to make the breakthrough before tea, following a big lbw shout by uprooting Brathwaite’s off stump.