Home UK Crowds of 2,500 allowed at Edgbaston and the Oval for start of Bob Willis Trophy

Crowds of 2,500 allowed at Edgbaston and the Oval for start of Bob Willis Trophy 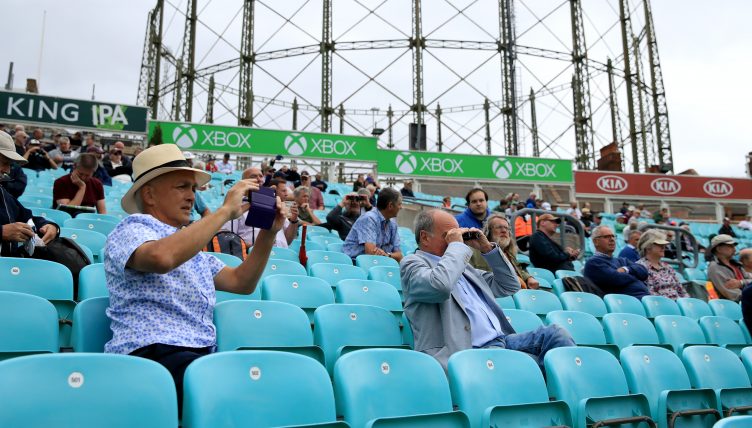 Up to 2,500 fans will be allowed in to the first two days of Bob Willis Trophy action at Edgbaston and the Kia Oval as the phased return of live sporting crowds continues.

Both grounds were selected to host pilot events this week, with 1,000 spectators taking in Surrey’s friendly against Middlesex on Sunday and the same number welcomed at Warwickshire’s match against Worcestershire on Tuesday.

Now the Government’s guidelines will be tested with even more people in attendance, with the capacity lifted by more than double on August 1-2, when Surrey and Middlesex meet again and the Bears take on Northamptonshire in the new first-class competition.

Neil Snowball, managing director of county cricket at the England and Wales Cricket Board, said: “We’re all excited about the start of the county cricket season, and of course we all miss not being able to go and watch as we normally would.

“These two pilots are an important step in testing the Government guidance and ensuring we can safely open our grounds again.”

No fans have been allowed in to England’s bio-secure Test series against the West Indies and that looks likely to be the case for the remainder of the international summer, which takes in tours from Ireland, Pakistan and Australia.