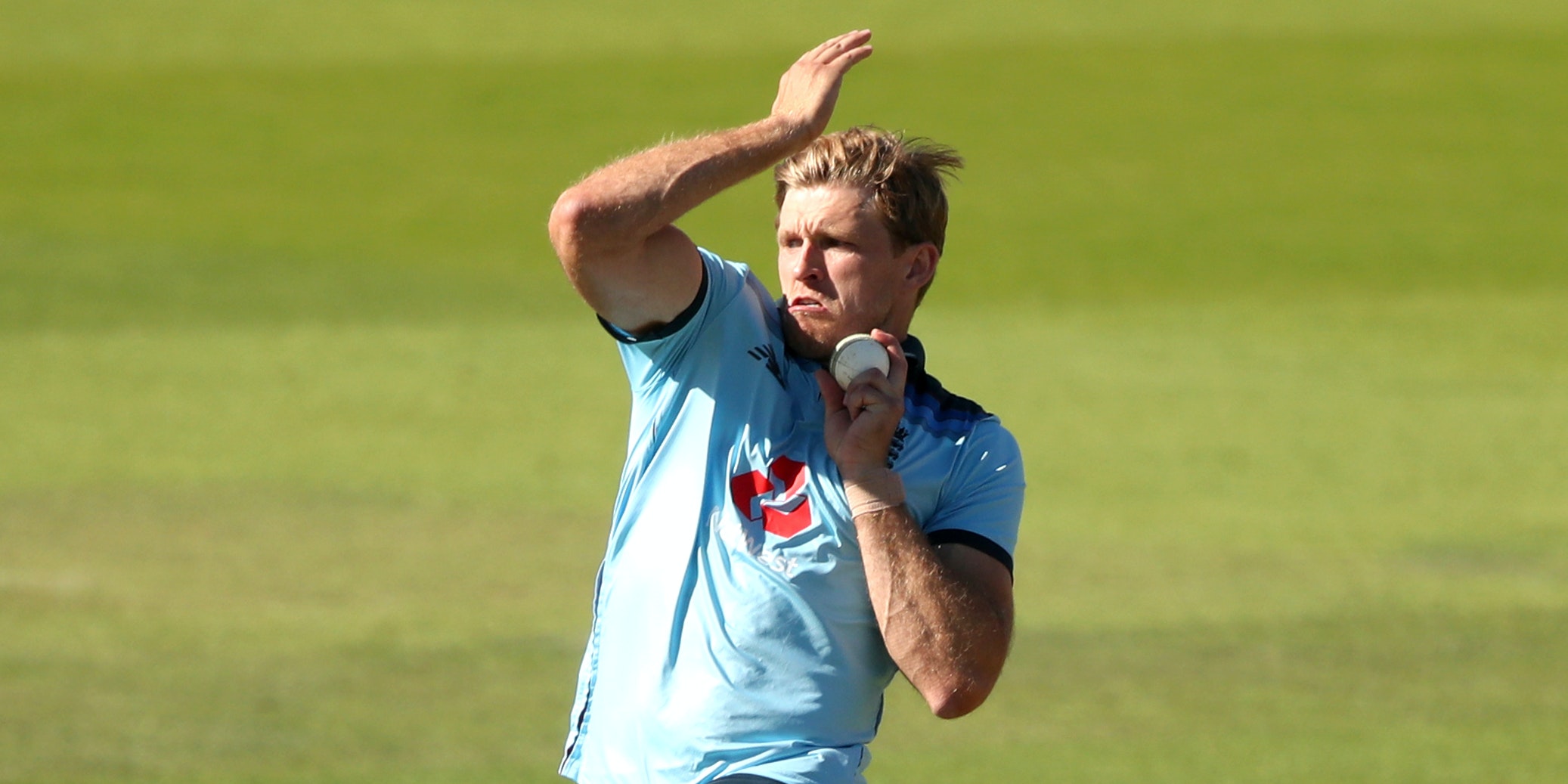 David Willey celebrated his England return with a maiden one-day international five-wicket haul as the world champions drew first blood in the Royal London series against Ireland at the Ageas Bowl.

Willey was jettisoned to accommodate Jofra Archer in England’s World Cup squad last year, but with several regulars absent due to their Test commitments the Yorkshire left-armer took centre stage on his international comeback.

In England’s first home ODI since winning their first global 50-over tournament, Willey’s five for 30 restricted Ireland to 172 all out in 44.4 overs, a total the hosts overhauled with six wickets to spare.

England had lurched to 78 for four but Sam Billings, included after Joe Denly’s withdrawal due to a back injury, settled any nerves with a supreme 67 not out off 54 deliveries in an unbroken 96-run stand with Eoin Morgan.

England therefore got over the line with 22.1 overs still remaining at the start of a three-ODI series which marks the start of the ICC Cricket World Cup Super League, forming part of the qualification process for India 2023.

But, on a surface where timing proved troublesome for a number of batsmen, the day belonged to Willey, who was chiefly responsible for Ireland teetering on 28 for five after being invited to bat first under sunny skies.

After the players took a knee to support Black Lives Matter, Ireland were saved from free fall by international debutant Curtis Campher, a South African-born all-rounder who qualifies through his mother’s passport.

The 21-year-old showed no lack of patience and fortitude in his 59 not out from 118 balls in front of the vast swathes of empty seats, before Willey returned to the attack and ended the innings.

Willey’s prowess with the new ball is well-known and despite little evidence of significant movement, he was still in business as Paul Stirling clipped to midwicket before Ireland captain Andrew Balbirnie was tempted into an expansive drive, only succeeding in nicking through to Jonny Bairstow.

Saqib Mahmood cramped Harry Tector for room and the ODI debutant chopped on while Willey struck twice in two balls as Gareth Delany sliced to backward point to end a counter-attacking 22 from 16 deliveries, before Lorcan Tucker was trapped in front – a decision overturned on review after technology showed the ball crashing into leg stump.

Campher survived the hat-trick ball and showed maturity beyond his years in steadying the ship alongside Kevin O’Brien and then Andy McBrine, partnerships of 51 and 66 which helped Ireland avoid abject humiliation.

O’Brien holed out as he went in search of his first boundary on 22, while McBrine’s 40 featured a towering six over midwicket off Moeen Ali, but his patience also ran out as he was caught in the deep. Either side of those dismissals Simi Singh was run out after being sent back attempting a quick single.

Campher’s knock contained just four fours but he ran out of partners before he had the chance to counter-attack, Willey fittingly ending Ireland’s innings when last man Craig Young toe-ended to mid-off.

Campher’s watchful innings ensured England would not have a perfunctory chase in the late evening sunshine and that was underlined when Bairstow was trapped in front by off-spinner McBrine after seamer Barry McCarthy had limped off in the first over.

Jason Roy and James Vince both flickered briefly before succumbing to Young, lbw and caught behind for 24 and 25 respectively, and England were in some strife when Campher struck four balls into his international career.

Campher had accounted for Tom Banton for South Africa’s Under-19 side a couple of years ago and history repeated itself when the Somerset batsman top-edged a pull, with Ireland wicketkeeper Tucker taking a steepling catch.

Morgan had demoted himself to six but came to the crease to join Billings, who twice reverse swept Singh for four and seemed more confident on a surface that had given his top-order team-mates trouble.

A crisp pull for his ninth four took him to a 41-ball fifty before Morgan (36no) thumped Singh back over his head to finish the game in style.