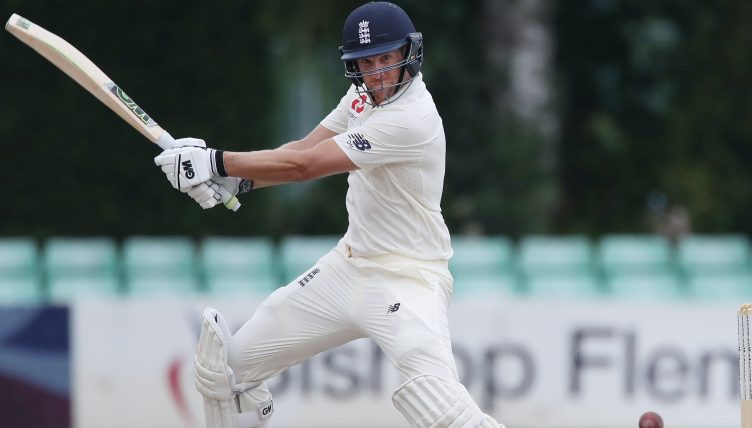 Dawid Malan hit an unbeaten maiden century for Yorkshire against Derbyshire in the Bob Willis Trophy at Headingley.

The England left-hander finished on 145 not out from 180 balls as the hosts closed on 280 for four.

Both sides have won their opening two North Group games, with Derbyshire leading the race for top spot by four points.

Centuries by Ben Slater and Ben Duckett put Nottinghamshire into a dominant position against Lancashire at Trent Bridge.

Slater finished unbeaten on 111 and Duckett hit 116 as the hosts finished day one on 268 for two.

Craig Overton took three for 17 as Somerset bowled Warwickshire out for 121 before reaching 80 for two at the close.

Elsewhere on a rain-hit day David Bedingham hit 96 and Alex Lees an unbeaten 62 as Durham reached 176 for three at Leicestershire.

Nathan Buck put Northamptonshire on top with three wickets as Worcestershire made 93 for five with rain limiting play to only 37.5 overs at Wantage Road.

But coming together at 36 for five, Laurie Evans and Jamie Smith compiled an unbeaten stand of 43 to ensure the visitors reached 79 with no further damage.

Just 57 balls were bowled in Kent’s clash with Middlesex at Canterbury.

In the fourth over Matt Milnes took a catch off his own bowling to remove Max Holden, but rain stopped play after 9.3 overs with Middlesex 22 for one.

The weather meant there was no play between Glamorgan and Gloucestershire at Sophia Gardens.