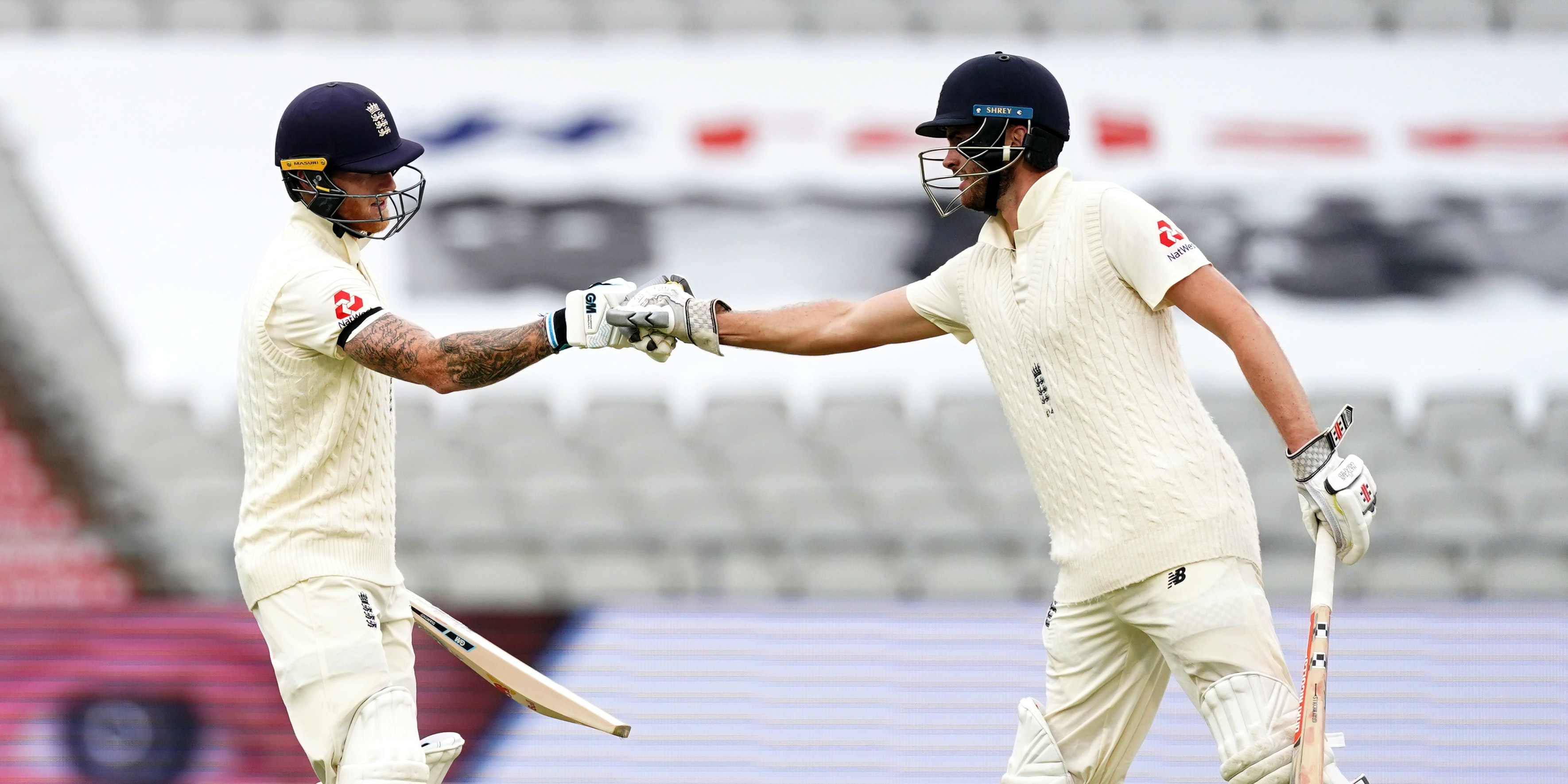 Dom Sibley occupied the crease for the entire opening day of England’s second Test against the West Indies, joining Ben Stokes in a partnership that successfully drew some of the heat from a jaw-dropping lapse in judgement by Jofra Archer.

News of Archer’s unauthorised trip to Brighton earlier in the week dominated the usually quiet hours before the start of the match, breaching not only the mutual trust of all involved in the bio-secure bubble but also the strict protocols that have made this #raisethebat series possible in the midst of a pandemic.

He will now spend the next five days at Emirates Old Trafford isolating in his room rather than performing in the middle, where England established a hard-fought position of strength at 207 for three thanks to an unbroken stand of 126.

Sibley set the bar as he made 86 not out from 253 balls, showing endless deliberation over six hours. His methods may have been dull at times, going at essentially a run per over, but they were priceless for his team’s standing in the game.

After being sent in to bat 1-0 down, under cloudy skies and with the floodlights on from the start, his ability to plug away in stately defence was hugely valuable to the cause. Stokes reached stumps on 59no and will fancy his chances of cashing in on day two.

Both Rory Burns and Zak Crawley will be envious of their occupation, having to successive deliveries from spinner Roston Chase either side of lunch. Captain Joe Root, meanwhile, marked his return following the birth of his second child by nicking a booming drive to second slip for 23.

It is hard to imagine Sibley indulging such a stroke on most days and on this occasion it was unthinkable.

Having already made the call to rest James Anderson and Mark Wood for Stuart Broad and Chris Woakes, Archer’s transgression ensured a complete overhaul of the frontline seam attack.

All-rounder Sam Curran edged the uncapped Ollie Robinson for the final shirt but the revamped bowling unit would have to wait for its chance, with Jason Holder winning the toss and sending the hosts in.

Both sides repeated last week’s show of support for the Black Lives Matter movement, with fielders, batsmen and umpires all taking a knee before the first ball came down.

Morning rain meant it would be a truncated hour-long session and it looked likely to end in stalemate after Kemar Roach and Shannon Gabriel wasted the swing offered by the new ball.

The quicks allowed Sibley and Burns to leave too frequently, with the first Test’s man-of-the-match, Gabriel, apparently struggling with his run-up and later with a muscular injury. The score was 29 for nought when Holder looked to Chase and it took the all-rounder just two balls to hit the jackpot.

Burns played for spin that never came and was bang to rights, lbw for 15 despite a forlorn referral. That meant Crawley would face the first ball of the afternoon and he promptly got out to it, following the hint of spin and tapping a catch Holder at leg-slip.

After ousting Kent team-mate Joe Denly from the side, it was a poor start to life at number three.

All the while Sibley moved gently on, taking minimal risks and soaking up minutes. His first four came off his 91st ball, Gabriel dropping short and wide enough to invite the uppercut.

Root was busier but less secure and it was his edge through gully that brought up the 50 stand. His eagerness cost him when he looked to pummel Alzarri Joseph through cover only for a thick edge to hit the palms of Holder at second slip.

Sibley was put down by Shamarh Brooks at short leg on 44 just before tea but resumed his work alongside Stokes in the evening, passing 50 off 165 balls with a rare flick for four.

Stokes could not resist the occasional flourish, launching Chase for six down the ground and nailing a series of sweeps, but in between he defended stoutly too. Increasingly, it felt like the soundest decision and the simplest way to tire the West Indian seamers.

Sibley was granted another life on 68, edging a full ball from Gabriel only for Holder to fumble, the low point in a final allow that saw England up the rate just enough to pass the 200 mark before stumps.