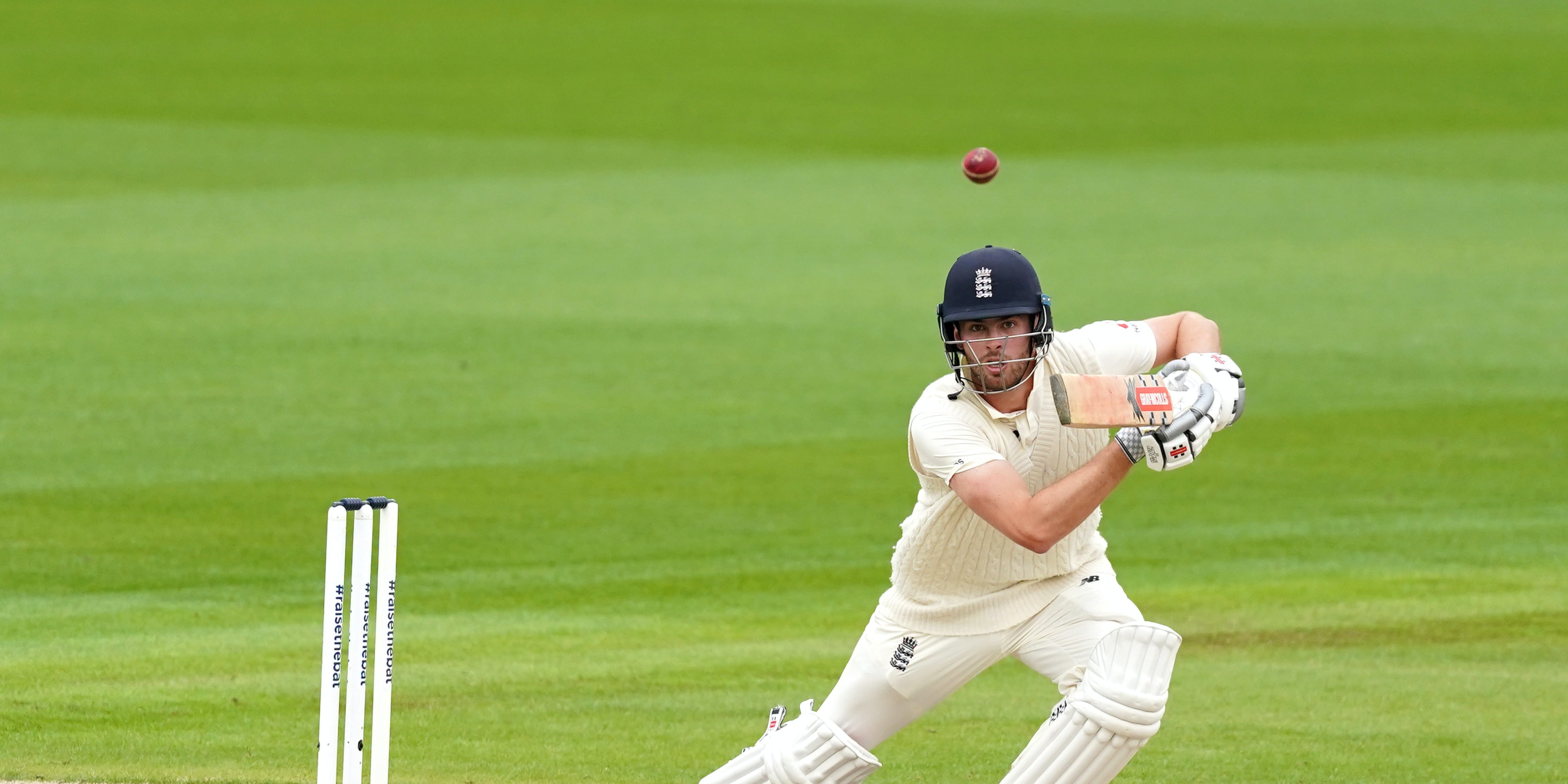 Dom Sibley guided England to 112 for three at tea on the first day of the second Test against the West Indies as the #raisethebat series resumed against the backdrop of Jofra Archer’s shock exclusion.

News that Archer had breached team rules designed to protect the ‘bio-secure’ bubble and would spend the next five days self-isolating in his hotel room, rather than taking the field, dominated the usually quiet hours before the toss and forced the unplanned addition of Sam Curran to the home XI.

Morning showers at Emirates Old Trafford gave the debate over Archer’s unauthorised trip to Brighton another 90 minutes to breathe but play eventually got under way at 12.30pm, with Jason Holder sending England in after winning the toss.

They lost Rory Burns and Zak Crawley to consecutive deliveries from Roston Chase either side of lunch, before returning captain Joe Root edged Alzarri Joseph to slip on the attack.

Sibley’s more cautious approach proved most successful, the opener reaching 46 not out from 145 balls, with Ben Stokes unbeaten on 18.

As on the first morning of the series opener at the Ageas Bowl the match began with a show of solidarity for the Black Lives Matter movement, with all 13 players on the pitch as well as both umpires taking a knee. The tourists again added to the scene by wearing black gloves on their right hands and raising their clenched fists to the sky.

The first session was cut in half by the weather, handing Sibley and Burns the task of playing out an hour under cloudy skies. There was swing in the air from ball one but neither Kemar Roach nor Shannon Gabriel made the most of it.

Roach bowled attacking lengths but invited too many leaves, while Gabriel was unable to recreate the venom from his man-of-the-match performance last week and visibly struggled with his run-up and line.

The opening skirmishes were on the way to stalemate when Holder threw the ball to Chase for the final over. Two balls later Burns was on his way for 15, playing for non-existent turn as he fell lbw to a delivery that rolled on with the arm.

Crawley took guard at the start of the afternoon session, taking over from Joe Denly at number three following his Kent team-mate’s dropping. It was the shortest possible stay, gone for a golden duck as Chase picked up where he left off to leave England 29 for two.

It was another gentle delivery, pitching on middle and turning towards leg but Crawley followed it round the corner and fed a catch to Holder at leg-slip.

New father Root emerged for his first Test innings since January and looked short of timing early on, inside-edging Gabriel past his stumps before he and Sibley established a rhythm.

The latter scored his first boundary from his 91st delivery, Gabriel dropping short and wide enough to tempt the uppercut, and by the time Root nicked Holder through the vacant gully region the pair’s stand ticked past 50.

Root (23) could not match his partner’s patience, though, welcoming Joseph’s latest spell by aiming a flashy drive outside off stump. The ball flew off the outside edge and nestled safely in Holder’s hands at second slip.

Sibley had a life just before tea, pushing Chase to Shamarh Brooks at short-leg on 44 but the chance did not stick.