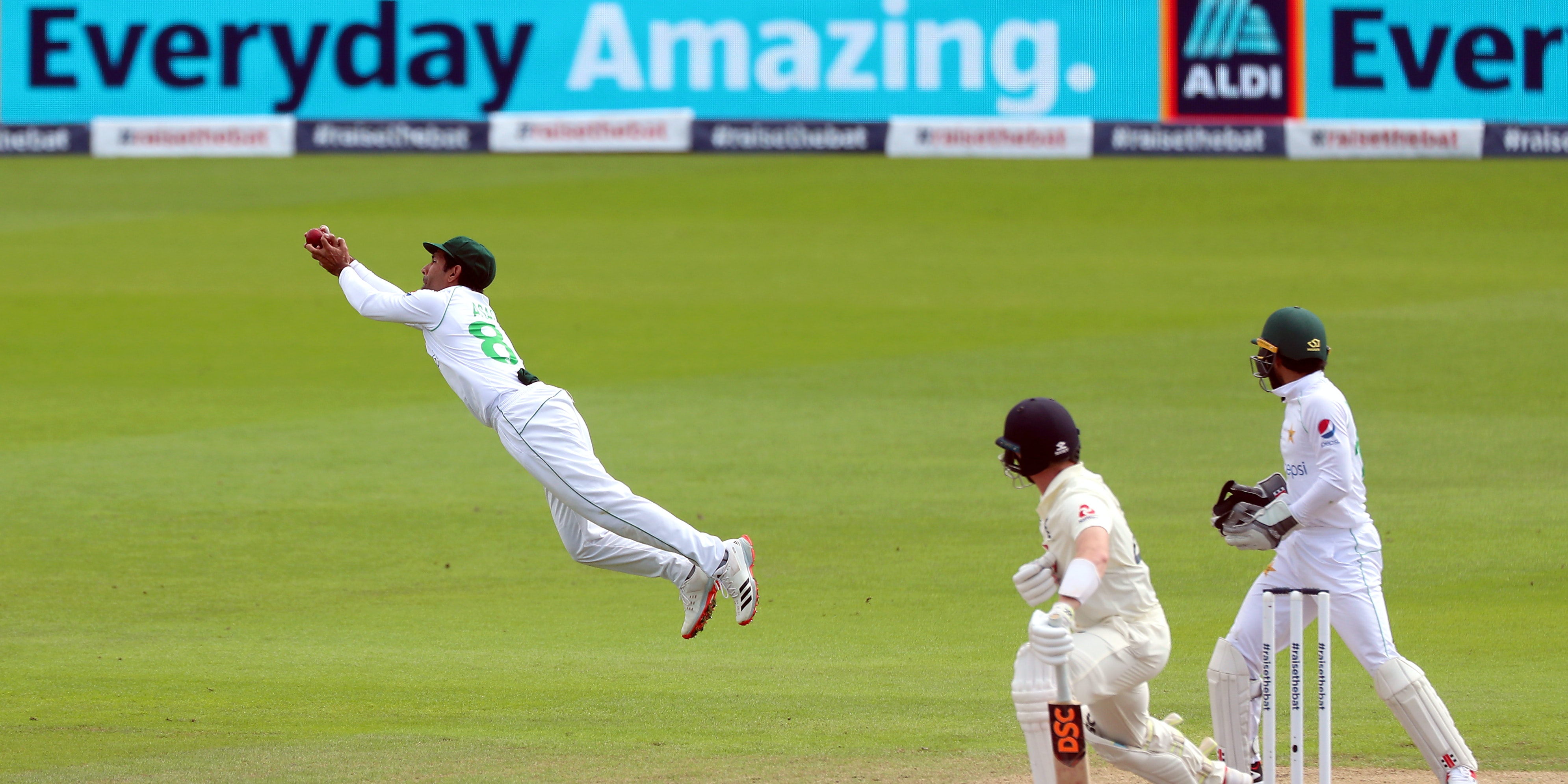 England sustained a 107-run first-innings deficit after losing six wickets to Pakistan’s leg-spinners on the third afternoon of the opening Test.

The hosts were dismissed for 219 shortly after 3pm at Emirates Old Trafford, leaving Pakistan holding all of the cards following a high-class bowling display.

Ollie Pope’s 62 was as good as it got for England, with the majority of those runs scored on day two, with Yasir Shah claiming four for 66 and fellow tweaker Shadab Khan taking the last two wickets.

England resumed on 92 for four, with Pope and Jos Buttler hoping to continue the partial rescue job they had started the previous evening.

Pope had 46 to his name when he walked out but almost fell short of his half-century, deflecting Shaheen Afridi over the top of the stumps in an early scare. He got there soon after, off 81 balls, but the first hour was little more than a trial for the home side.

Just nine runs came off the bat in that time, outscored by the 10 extras Pakistan contributed, with the three-pronged pace attack of Shaheen, Mohammad Abbas and Naseem Shah working up a head of steam.

Buttler edged the third ball of Naseem’s spell just short of second slip but after that it was a litany of plays and misses. Somehow the duo reached the drinks break without any fatal nicks and when both hit their first boundaries of the day there was a small hope they had weathered the storm.

Tentatively, the fifth-wicket stand crept up to 65, every run hard earned, before Naseem produced a beauty to claim his deserved reward.

Pope was basically blameless, reeling back and fending to gully off the splice after the teenager got one to kick viciously off the surface. Barring an early blow to the helmet for new man Chris Woakes, the remainder of the session was better for England as they eased the score out to 159 for five.

Buttler had scrapped his way through to 38 but fell to his second ball after lunch, leaving a gap between bat and pad that allowed Yasir enough room to part the stumps.

The experienced spinner was buoyed by the success and made short work of Dom Bess, producing the turn and bounce that left Asad Shafiq with a diving catch at slip. He claimed his third wicket of the spell and fourth overall when Woakes lost his patience and his shape, bowled for 19 swinging hard to leg.

England were in turmoil at 170 for eight but had Stuart Broad to thank for two tail-end stands which added 49 to the total.

He finished unbeaten on 29, with three boundaries in a row off Shaheen and a slog-swept six off Yasir under his belt, but all-rounder Shadab did enough at the other end to see off Jofra Archer and James Anderson.