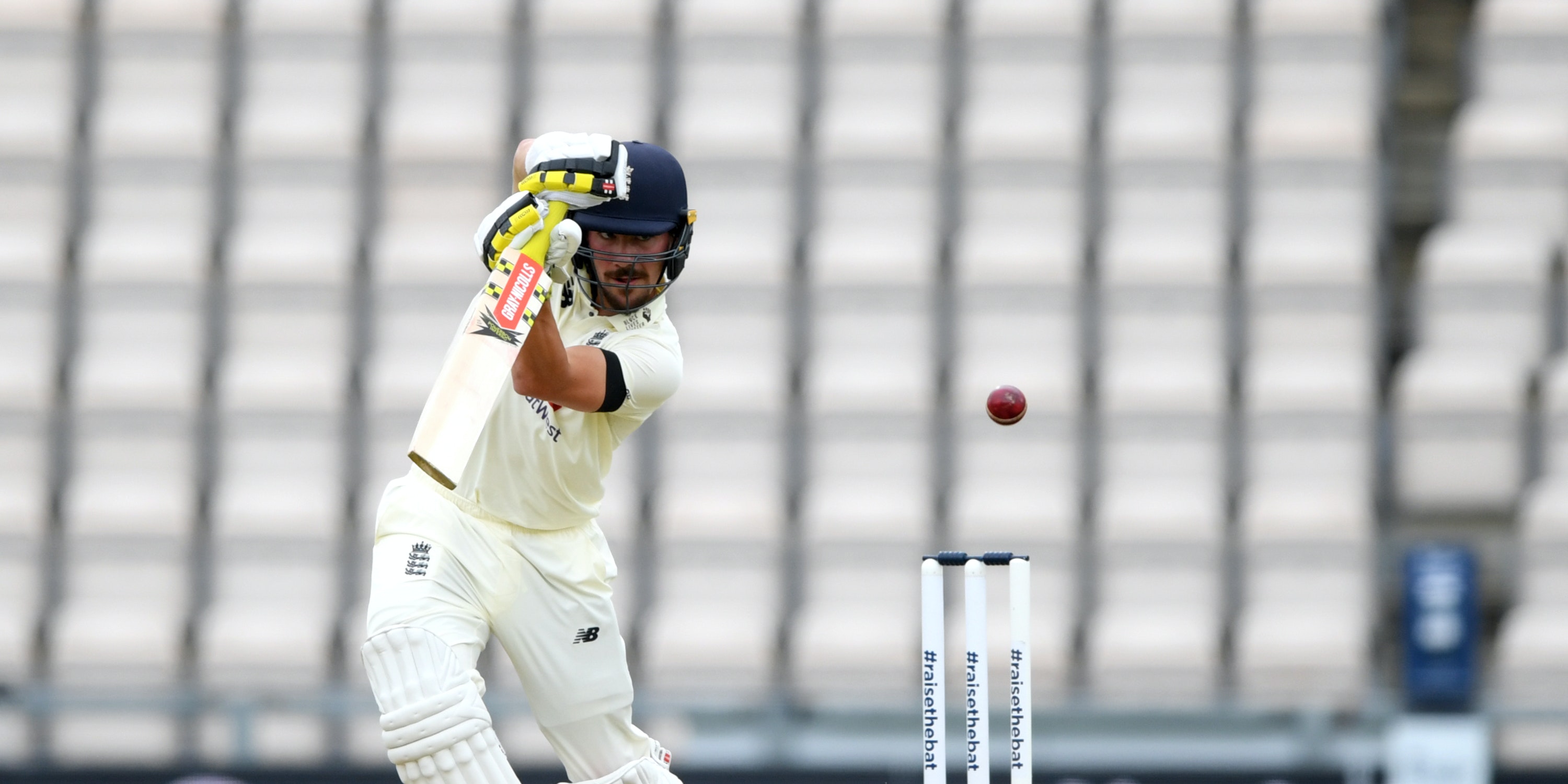 Rory Burns and Dom Sibley will begin the job of chipping away at England’s 99-run deficit as they seek to turn the tables of the first #raisethebat Test against the West Indies.

The opening batsmen survived 10 challenging overs at the end of day three, reaching 15 without loss to bring the tourists’ lead back into double figures.

There is plenty of hard work still to do for a line-up missing its most reliant run-scorer, new father Joe Root, but plenty of time left for either side to lay the foundations for victory at the Ageas Bowl.

That England are still alive in the game owes much to the efforts of Root’s temporary stand-in as captain, Ben Stokes, who claimed figures of four for 49 including three important wickets in the evening session.

James Anderson, who also finished in credit with three for 62, praised Stokes’ intervention but admitted the hosts were behind in the game after allowing their opponents to make 318.

“Ben did a brilliant job. There were some decent miles in the legs of me, Jofra Archer and Mark Wood so when he got those wickets at the end it was crucial,” he said.

“The West Indies have had the best of the first few days certainly, so we are up against it. We know exactly what we’ve got to do. If we bat well and get a decent lead, get a bit ahead, we can give ourselves a chance of bowling them out in the fourth innings of the game.

“It’s not been our best performance with bat or ball these last few days so we’ve got work to do in the next couple. We’ll need a little bit of luck. We don’t want it to deteriorate too much tomorrow obviously and then on the final it can do as much as it wants.”

If England fail to turn things around, the decision to overlook Anderson’s long-time bowling partner Stuart Broad in favour of Archer and Wood will come under scrutiny. Both men delivered serious pace, particularly Wood, but combined figures of one for 135 in 44 overs were a clear disappointment.

Broad gave a candid interview to Sky ahead of the Friday’s play describing himself as “frustrated, angry and gutted” about his omission,.

“We’ve played a lot together so having him at mid-off has been a familiar sight for me when I’ve been bowling and it was odd not having there. I’m sure he’ll use this as fuel to sort of push on and when he does get the nod he’ll perform brilliantly.”