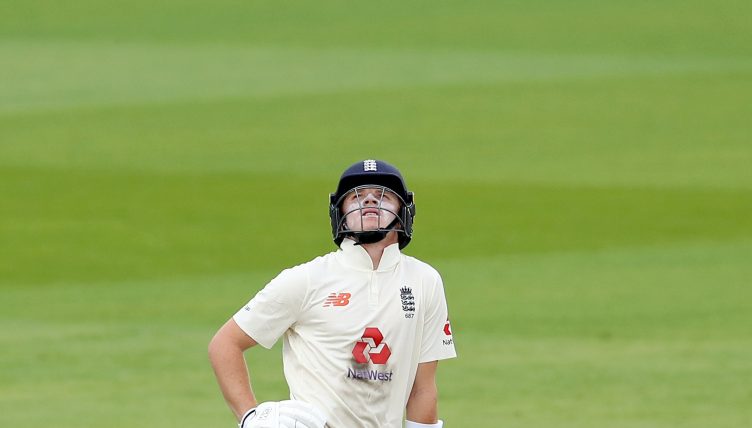 Ollie Pope will resume nine runs short of a second Test hundred as he and Jos Buttler look to carry their impressive stand into a second day of England’s must-win third Test against the West Indies.

The pair came together at a precarious moment, 122 for four just before tea on day one at Emirates Old Trafford, and proceeded to turn the tide of the match with an unbroken partnership of 136.

Pope, who came into the match with a top score of 28 in his previous eight innings on home turf, led a highly impressive fightback and grew with every one of his 11 boundaries as he reeled off a lively 91 not out.

Buttler also reached 56no as, his first half-century since last September, but bad light intervened to halt England’s progress at 258 for four.

Pope admitted feeling a much-needed sense of relief when he left the pitch, with two lean matches and a restrictive ‘bio-secure bubble’ at the ground combining to make the series a challenging experience for the 22-year-old.

“It does feel like a little bit of a weight off the shoulders. To be honest, I’ve found it challenging being in such an intense environment,” he said.

“I’ve missed out in the first two games and not been able to get away. The hotel overlooks the cricket ground, you can’t go out for a coffee, you can’t see your family… it isn’t easy.

“You can actually think about your batting, your failures, a little more than normal so to get runs is a nice feeling. You try to make the nights not seem as gloomy but it’s hard to get away.”

While some batsmen dislike spending an entire night in sight of a landmark, Pope much prefers the feeling to one of the alternatives.

“I’m happier than I was after I chopped on for 12, that’s for sure,” he said with a smile.

“Of course you want to get your hundred but I’ll try to switch off this evening: chill out, watch a film, maybe take a sleeping tablet before bed. I haven’t got there yet, but it would be a nice feeling.”

Pope also had of encouragement for Buttler, who batted with composure and occasional signs of his devastating strokeplay to answer some of the growing questions over his place.

“Jos hasn’t got the big scores that he wanted but he looked really threatening in the first innings in Southampton and again last week. It’s nice to see him get over the 50 mark and hopefully he can kick on.”

The West Indies will be far from discouraged by their position, knowing England have gone into the match a batsman light having dropped Zak Crawley. With bad weather also forecast over the coming days, they will also be mindful that a draw will see them retain the Wisden Trophy, contested here for the last time before being replaced by the Richards-Botham Trophy.