Home UK Fans are back – but it’s not quite cricket

Fans are back – but it’s not quite cricket 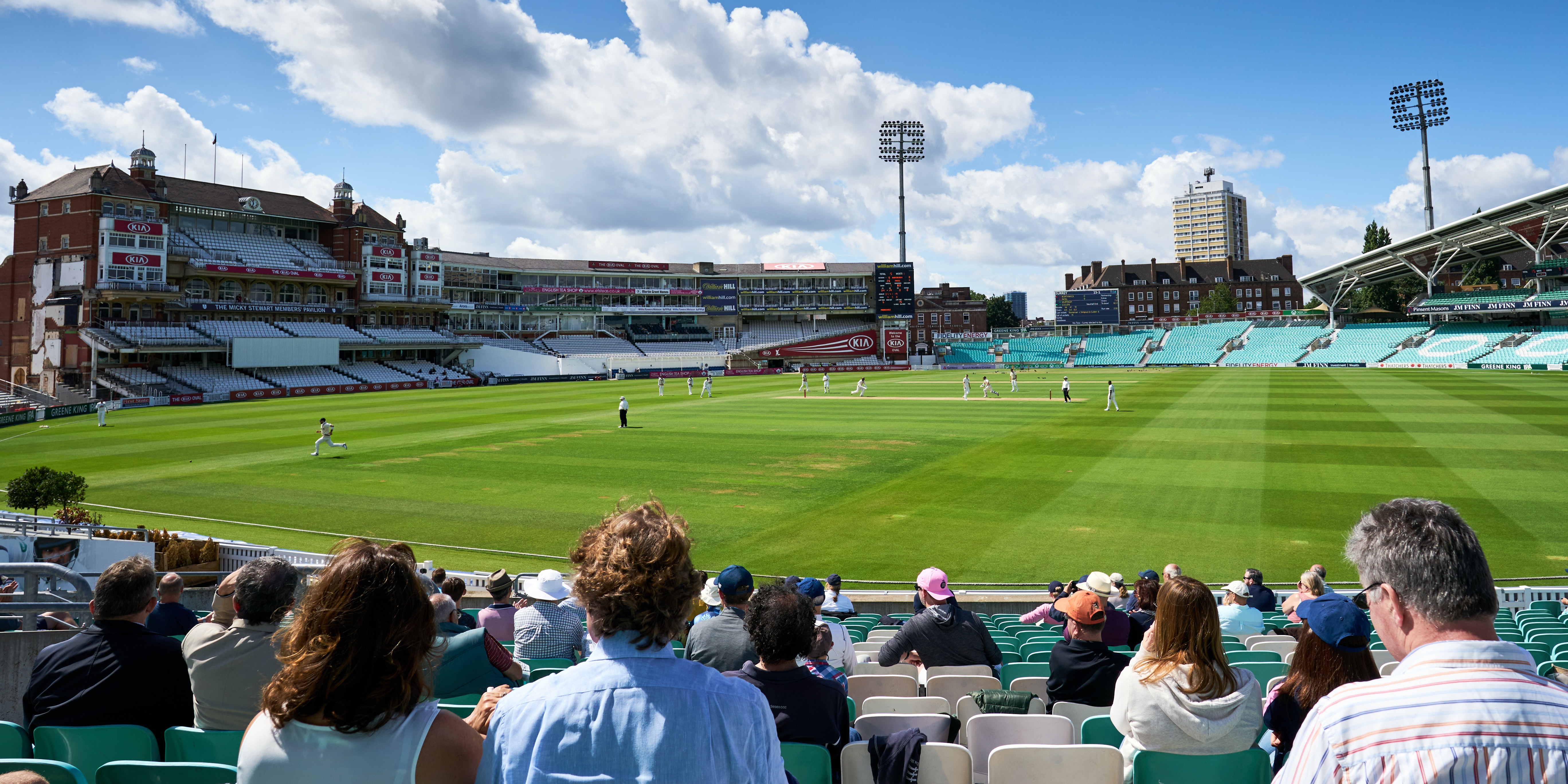 The “new normal” has taken over all our lives in the last few months, but today signs of a return to a traditional cricketing summer were beginning to show.

After sport was shutdown in mid-March because of the coronavirus pandemic, the Government gave the approval for a number of test events on July 17 which would see the gradual return of spectators.

Less than 10 days later, the long break finally came to an end, with all eyes on the Kia Oval as 1,000 fans made their way through the gates for a friendly between Surrey and Middlesex.

While football’s return was epitomised by the masks, gloves and hygienic protocols needed to get sport underway again, the Oval was an altogether calmer environment.

As the first of the government’s pilot events, tireless work had been done behind the scenes to reduce the risk of transmission as much as possible, with announcements of a possible large-scale return for fans in October.

However, there were some key differences. The 1,000 fans had been given tickets in advance with specific seats marked down, alternate rows were left clear and at least two seats were left between each family “bubble”.

Having cycled to the ground because those attending were encouraged to limit the use of public transport, I duly passed my temperature check given by a masked steward before being allowed inside.

There were fans there, although not as before. Hand sanitising stations were set up alongside ticket checks, with constant reminders to keep your distance, two-metre notices on the floor and a one-way system when the concourse narrowed sufficiently to warrant it.

However, there were also glimpses of a life almost forgotten in the past few months. Masks were optional and most of the attendees chose to forgo wearing them; those in attendance also appeared relaxed and appreciated the occasion.

The teams were clapped onto the field as the first sounds of a normal cricketing summer returned, and even the Oval’s famous pigeons were in attendance as Surrey came out to bat at their home for the first time all year.

Unlike the silence greeting many of the Test players, here fours were greeted with claps and Will Jacks’ half-century was applauded as though nothing was out of the ordinary.

Although 1,000 people is not a huge number, it represents a significant achievement and return to normality, and is also not an unusual number for a county cricket match, and more than a normal friendly.

So the fans are back, many spoken to were excited to return and felt safe and comfortable with the distancing measures. Surrey finished on 335 for 10 off 90 overs, with Scott Borthwick and Jacks hitting 87 and 62 respectively, and while the day was not perfect, it was a lot better than an empty stadium.