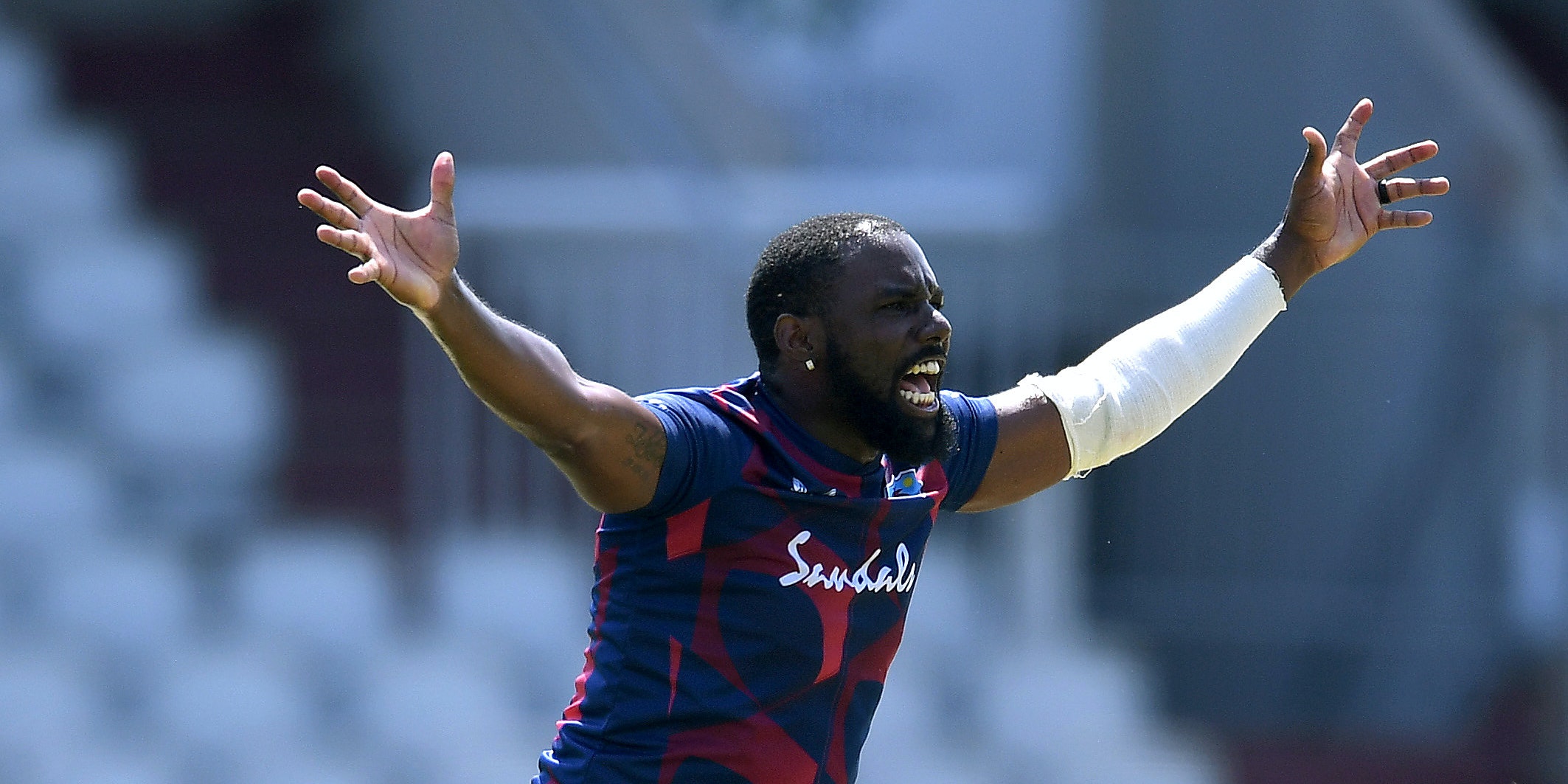 Left-armer Raymon Reifer seized his chance to impress with five wickets in the space of 11 balls on day two of the West Indies’ intra-squad match at Emirates Old Trafford.

The all-rounder, who made his solitary Test appearance against New Zealand in 2017, produced an inspired spell in the afternoon session as Kraigg Brathwaite’s XI took control against Jason Holder’s side.

The batting side, responding to 275 all out, were set fair on 95 for two when Reifer ripped their middle order out in quick time.

In just a few minutes’ work he removed Nkrumah Bonner, Joshua da Silva, Test skipper Holder, Sheyne Moseley and Rahkeem Cornwall to leave the score at 111 for seven. They would later be dismissed for 193, a deficit of 82.

Reifer, cousin of former Windies captain Floyd, does not have the pace or hostility to match the likes Kemar Roach, Shannon Gabriel or Alzarri Joseph who all caught the eye on day one, but he found the perfect fifth stump line to make the ball talk.

Three of his victims nicked to slip or gully – Bonner, Da Silva and Moseley all feeling for contact in the channel – while Cornwall hacked unimpressively to mid-on to seal the five-for.

But in terms of advancing his outside chance of an appearance in the series opener against England on July 8, the most notable scalp would have been Holder, pinned lbw for a golden duck. The Bajan commands huge respect among his squad and is increasingly one of the most respected voices in the global game but that did not stop the fielding side whooping in the loudest celebration of the day as he was given first ball.

Reifer finished with five for 60 as Kyle Mayers added a bright 45 to bring the arrears into double figures. He was last man out to Marquino Mindley, who also dismissed Roach.

Of the 25 players involved in this match only 14 are officially in the Test squad, though Gabriel’s clear return to fitness after ankle trouble means he will join their number sooner rather than later.

Jermaine Blackwood occupies one of the batting slots in that group but his hopes of capitalising on John Campbell’s duck on Tuesday morning came to nothing. Invited to open the batting he managed only three before losing his middle stump to Mindley, an awkward visual for anybody looking to break into the top order.

Moseley (40) and Sunil Ambris (52), both members of the reserve list, went on to add 86 before Reifer intervened. Both men enjoyed slices of luck as the fielding side turned in a sloppy performance, with Ambris in particular riding his luck with a series of dicey aerial strokes.

After reaching a 59-ball half-century we was given leg before to Chemar Holder before lunch – his numbers handy but his method unconvincing.