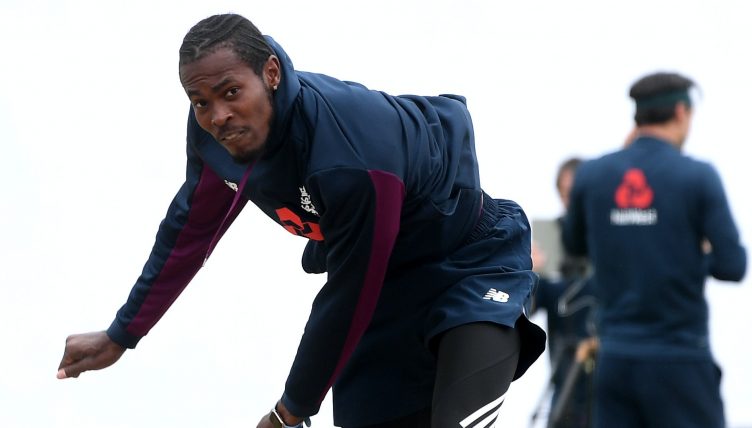 England captain Joe Root says Jofra Archer has regained his smile and has been bowling “at the speed of light” after a turbulent week in the spotlight.

Archer is back in the England squad for Friday’s series decider against the West Indies, having sat out last week’s victory in Manchester following a breach of the team’s bio-secure bubble.

He paid the price for his unauthorised trip to Hove with five days in isolation, a written warning and a fine but hit back at his critics in an emotional newspaper column which also revealed his recent brushes with racist abuse.

The 25-year-old had suggested the experience left him short of motivation when he first returned to the nets, but Root has been pleased with what he has seen in the past 48 hours.

England have named all six of their frontline pacemen in a 14-man squad, and may yet play four of them if Ben Stokes is not considered fit enough to play a full role with the ball, and Archer appears to have made a strong case for inclusion.

“I think Jofra will be ready for it. He’s had two good days of training and he’s got a smile on his face,” said Root.

“He had his smile back because he was playing again, back out there with ball in hand doing what he loves the most, which is playing cricket.

“He’s bowled the speed of light over the last couple of days in spicy nets so it wasn’t much fun for our batters. I’ve had some good conversations with Jofra over the past few days. It is really important he’s mentally in a good enough place to play the game.

“That will be factored into things as well. But we’re all here to support him and get around him, he knows he’s not going through this on his own and that is really important.”

Root also referenced the racial attacks Archer has been subjected to, which come in the midst of a series where both sides have made a point of showing a united front in support of the Black Lives Matter movement.

“It was disgusting to see some of the stuff he’s had to put up with over the last week,” he said.

“No-one should have to deal with that whether you’re a professional sportsman or a kid growing up at school. It’s deeply disappointing and there’s no other word for it.”

Root and Chris Silverwood will need to make a tough decision over the precise make-up of their bowling group on Friday morning, having used all six quicks in the first two matches.

Stokes has been the only constant member of the attack but he pulled up mid-over on the final day of the second Test with what has been revealed as a quad injury. He would play as a specialist batsman regardless – 343 runs at 114.33 settle that debate – but his niggle may prove bad news for spinner Dom Bess.

One attractive option to cover for Stokes would be play a seam quartet, pairing the vastly experienced James Anderson and Stuart Broad with the speed of Archer and Mark Wood.

“We’ll also have to see where Ben is at because he’s still feeling it a little bit in his quad and we need to make sure he’s fit to bowl. If not we’ll have to have a look at things,” said Root.

“He’s fit to play the game, it’s just how much of an impact he can have with the ball throughout the whole game and in the second innings. We’ve got another day to work it out and be a bit more confident about it and we’ve got plenty of good options.”

At least two of those good options, perhaps Chris Woakes and Sam Curran, will face a tough conversation with the skipper but Root does not shy away from the task.

“It’s part of the job, unfortunately. If they’re annoyed with me for a few days I have to deal with that,” he said.

“English cricket is in a good place if there’s extremely talented players sitting on the sidelines this week, which there definitely will be. It shouldn’t come into it if they’re your mate or not.”