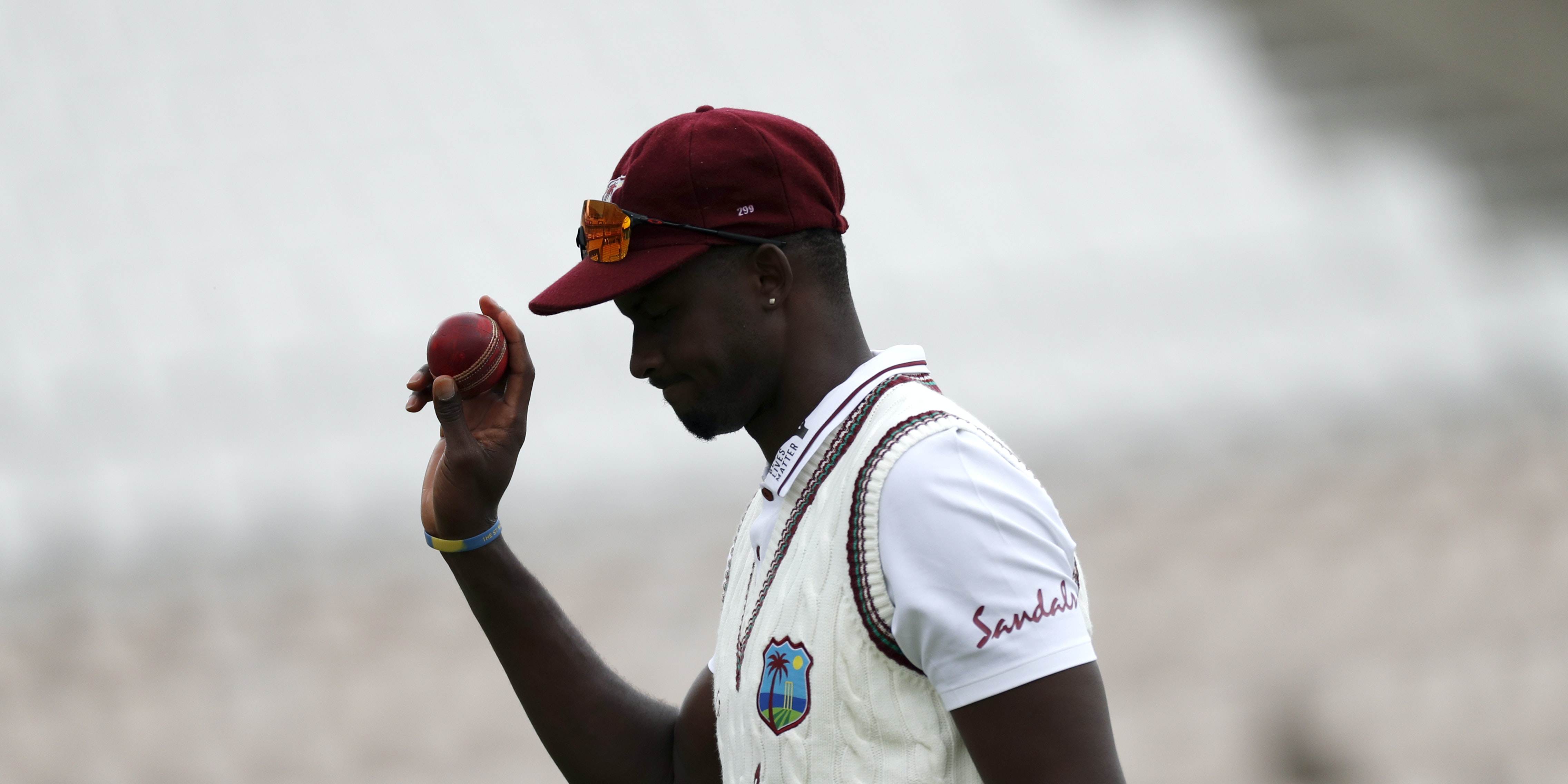 Jason Holder has warned England he is hungry for a century to follow-up his career-best bowling figures, as the West Indies look to force home their advantage on day three of the first #raisethebat Test.

The tourists’ captain claimed six for 42 as England were rounded up for 204 at the Ageas Bowl, continuing a hot streak with the ball that has seen him take six five-fors in his last 10 appearances.

England need no reminding the 6ft 7in all-rounder can do similar damage with the bat if the mood takes him – having been on the receiving end of his unbeaten 202 in Barbados last year – and he is already aiming high for his next appearance in the middle.

With Kraigg Brathwaite and Shai Hope resuming at 57 for one, he will have to wait his turn but the goal is clear.

“I have done a good job so far in the first innings but my Test is far from over,” he said.

“I’ve ticked one box so far, now it’s left to me to knuckle down and get a hundred. It’s a proud moment getting six wickets in England, anything to help this team, but my role is to contribute with bat and ball. I really want to make some runs now. I have a massive contribution to make with the bat.”

Ben Stokes would love to be the man to stop his fellow captain, with the Bajan getting the better so far in the head-to-head between the world’s top two all-rounders.

Stokes was threatening to put the pressure back on the West Indies in a stand of 67 with Jos Buttler until Holder removed both men in the space of seven balls to take the early bragging rights in the series.

“It was a pivotal moment then because they were starting to score,” he agreed.

“Stokesy was looking quite set. But I was getting just enough movement to keep him at bay, keep him playing and eventually got the edge.”

England will also be looking to Stokes’ Durham team-mate Mark Wood for inspiration.

He came close to 95mph in a consistently rapid spell during the evening session but will need to convert speed into wickets to rebalance the game.

“They are on top. We lost a few wickets quickly, so there’s plenty to put right in the morning,” he admitted.

“We would have liked to score 250-300, so we’re a little bit short. But we can’t change that now, we can only affect how it goes from here.

“Holder bowled very well – he tested our technique, made the batsmen play – but Shannon Gabriel got four wickets too and he bowls quick, so it doesn’t mean we’ve got to bowl slower.

“Me and Jofra have got our own assets, one of which is bowling fast, so we need to remember what we’re good at.”