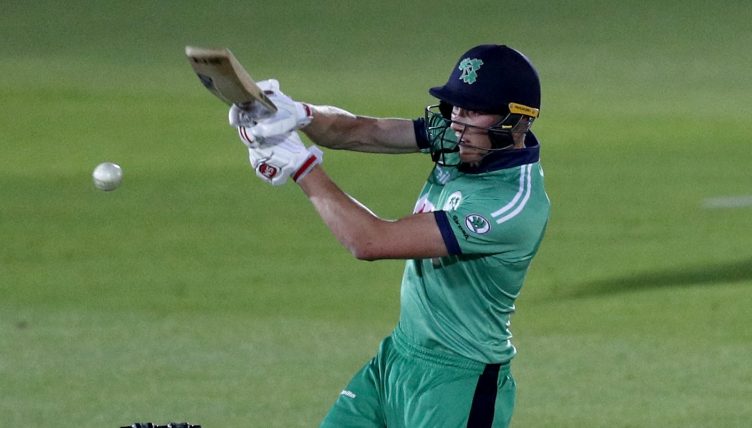 Ireland captain Andrew Balbirnie savoured a momentous victory over England as “one we’ll remember forever” after overcoming the world champions in a nail-biting conclusion at the Ageas Bowl.

Tons from Paul Stirling and Balbirnie in a 214-run stand in the third one-day international laid the foundations for a chase of 329, the same score Ireland reached in famously beating England at the 2011 World Cup.

But Ireland were still left needing 50 from the final 33 deliveries when Balbirnie holed out for 113 – soon after Stirling had been run out for 142 – and there were plenty of nervy moments thereafter.

Harry Tector and Kevin O’Brien managed to get them over the line with seven wickets and one ball to spare. O’Brien was the hero of Bangalore nine years ago and he was fittingly the one to hit the winning run.

It was England’s second defeat to Ireland and their first on home soil, while Balbirnie reflected with pride that his team can now boast victories over both white-ball world champions, having toppled T20 kings, the West Indies, in January.

“It’s a huge win for us and this group. For the young guys to be involved in this series but to also be involved in a win like that is special and one we’ll remember forever.

“I don’t know if it’s sunk in. Hopefully we’ve given the kids and the young generation a bit of a boost and something to strive towards.”

Ireland’s consolation win in the Royal London series, with England running out 2-1 winners, gets them off the mark in the ICC World Cup Super League, part of the qualification process towards India 2023.

Those who live in the Republic of Ireland, including Balbirnie, now face two weeks in quarantine while those in Northern Ireland do not face those measures.

Balbirnie joked: “Hopefully if the Government are watching they could let it slide for two weeks! It’s going to be frustrating but that’s just the way it’s going.

“It will be a strange two weeks but I’m sure I’ll find a couple of books or I might watch this game four or five times.”

England captain Eoin Morgan lamented a “pretty average day as a whole” for his side after his fantastic 106 from 84 balls – the cornerstone of his side’s 328 all out in 49.5 overs – was overshadowed.

But Morgan was full of praise of Ireland and hailed the performance of former Middlesex team-mate Stirling.

“Paul Stirling had a day out and he has the ability to do that. He’s as dangerous an opening batsman as we play against. I know guys do not like bowling at him,” Morgan said.

Morgan, who did not take the field for Ireland’s reply because of what he said was a minor groin strain, was nevertheless pleased with how an England side missing several World Cup winners have fared.

“It’s been an extremely positive series. We don’t take winning series for granted. (The defeat) is a kind reminder of how easily you can lose games when you have an average day,” he said.

“I don’t think we’ve lost a series since 2017 and to do it with a side as inexperienced as it is, particularly with the seam bowling line-up, is a huge positive.”