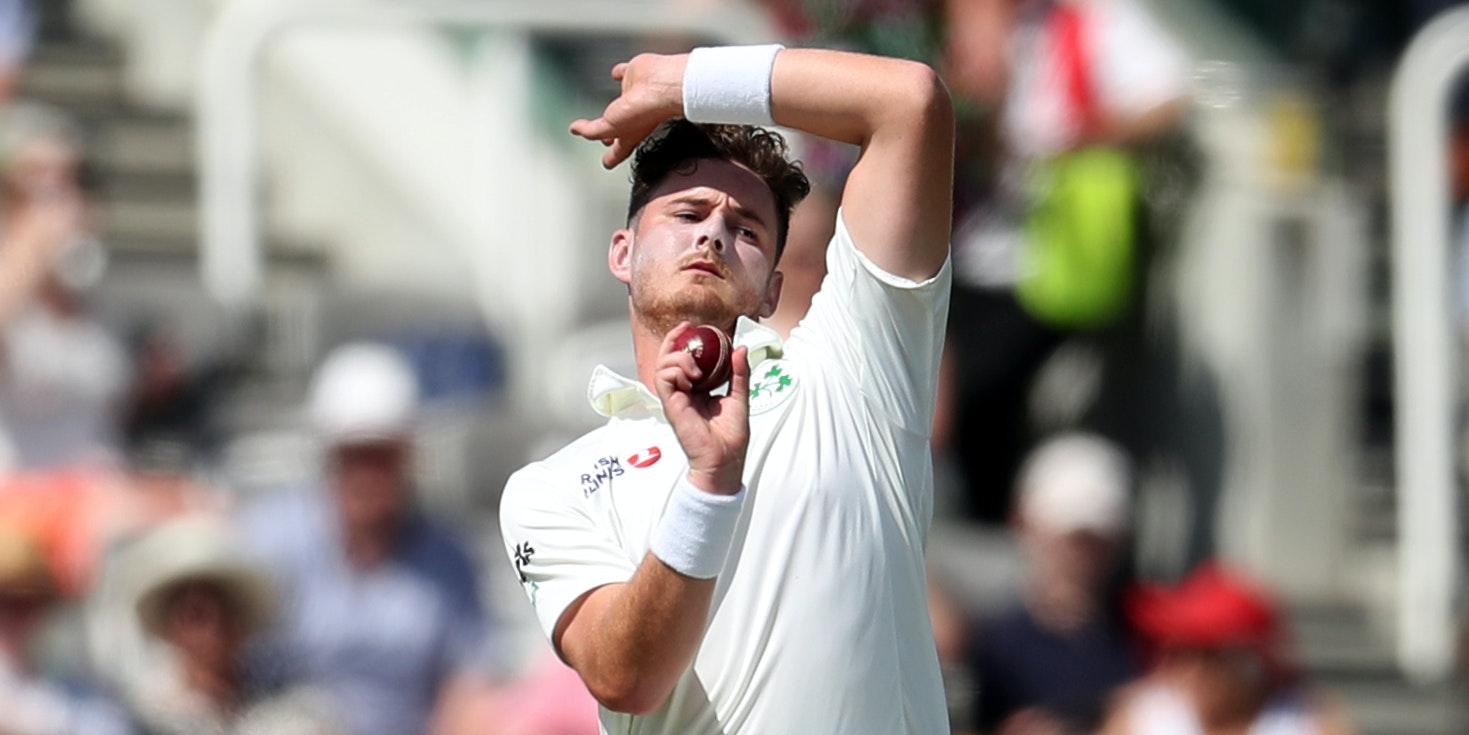 Mark Adair has been omitted from Ireland’s 14-man squad for their their first one-day international against England at the Ageas Bowl on Thursday.

The fast bowler was Ireland’s leading wicket-taker last year but marked his comeback from an ankle operation by leaking an eye-watering 74 runs in eight overs as England Lions chased down 297 in 34.4 overs last Sunday.

Andrew White, chair of national men’s selectors, said: “As fans are aware, Mark underwent surgery earlier this year, and while that was successful, it has unfortunately meant that he is not yet back to the level that we need him at for international cricket.

“We know that he isn’t far away, but we also need to recognise that Sunday’s game was his first competitive outing since the Caribbean in January.”

Boyd Rankin is included despite conceding 47 runs in five overs last weekend as the Lions ran rampant in a final tune-up ahead of an ODI series which marks the start of the inaugural ICC Cricket World Cup Super League.

All-rounder Curtis Campher could make just his second List A appearance and his international debut later this week, while Harry Tector, who made a half-century against the Lions, is in line for his ODI bow.

White added: “One notable inclusion for Irish fans is Curtis Campher, who has been called up to the Ireland senior squad for the first time.

“Curtis has impressed selectors and coaches with both his batting and bowling. We believe he’ll be ready to step up if called upon.

“Another exciting one for Irish fans is Harry Tector, who comes into the reckoning now to make his ODI debut. Harry has already featured in 20 T20 Internationals for Ireland, and has demonstrated during warm-up games and in training that he is ready for this format of the game.

“His half-century on Sunday was against an excellent attack, and demonstrated a maturity in his batting for a player so early in their career.”

Ireland, who earlier this month named a 21-man training group with Stuart Thompson joining the touring squad later, can bring in any of their eight reserve players for the subsequent matches.