James ‘The GOAT’ Anderson on verge of reaching 600 Test wickets 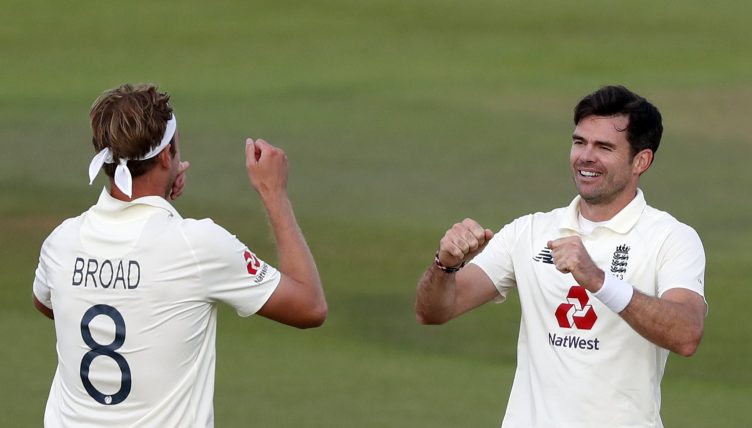 James Anderson heads into the penultimate day of England’s final match against Pakistan just two wickets away from becoming the first fast bowler in history to take 600 Test scalps, but team-mate Dom Bess insists he is already “the GOAT”.

Anderson wrapped up the 29th five-wicket haul of his career as he topped and tailed Pakistan’s first innings for 273, leaving captain Joe Root to enforce the follow-on with the tourists still languishing 310 runs behind.

The 38-year-old seamer was eager to add to his tally of 598 late on the third evening but umpires Michael Gough and Richard Illingworth decided the fading light was too bad and led the sides from the field shortly after 7pm.

That means Anderson will be fully refreshed as he begins his latest new-ball blast against Shan Masood and Azhar Ali, who decided to promote himself after finishing with an unbeaten 141 on Sunday.

On current form it would be a surprise if he does not get the breakthroughs he needs to join the 600 club, which currently has space for only three members – spin greats Muttiah Muralitharan, Shane Warne and Anil Kumble.

Bess was just six years old when Anderson opened his account by bowling Zimbabwe’s Mark Vermeulen on debut in 2003, and has no doubts about his status in the game.

“He’s the GOAT (greatest of all time) isn’t he? He’s the GOAT of bowling and England’s greatest,” said the off-spinner.

“Myself, Dom Sibley, Ollie Pope and Zak Crawley have all grown up watching him play. It’s phenomenal to stand there at point watching him nick people off and hit people on the shins, to watch him take as many poles as he does and do it so consistently.

“It’s an amazing thing for an individual but I think when Jimmy does his business, he does it for the team. There was chat about his potential retirement (recently) and then he comes back and absolutely tears it up. That just shows how good he is.”

Rain delays are expected over the next two days but it seems only the weather can prevent Pakistan from defeat here and a 2-0 series loss. England, who posted 583 for eight declared after Crawley’s double century and a supporting hundred from Jos Buttler, will hope not to take the crease again.

“We’re in a great position. We talk about our blueprint as a team, which is scoring plenty of runs, and now we have two days to bowl them out,” he said.

“There’s a little bit of weather around but you’d like to think with the bowling attack we have that we can produce the goods.”

While England, and Anderson, would have loved to make further progress under the floodlights, Bess had no qualms about coming off due to poor visibility and concerns over player safety.

There has been a concerted push towards maximising time in the middle following the drawn second Test but Bess called for a balanced view.

“Obviously, we all want to be playing cricket and we all want to get cricket on but I think there’s got to be a little bit more common sense as well, in terms of players’ well-being,” he said.

“It was really dark out there. Imagine if someone gets hit there and it is really serious? Say the number 10 or 11 gets hit by Jofra Archer because we are out there – what happens then?”