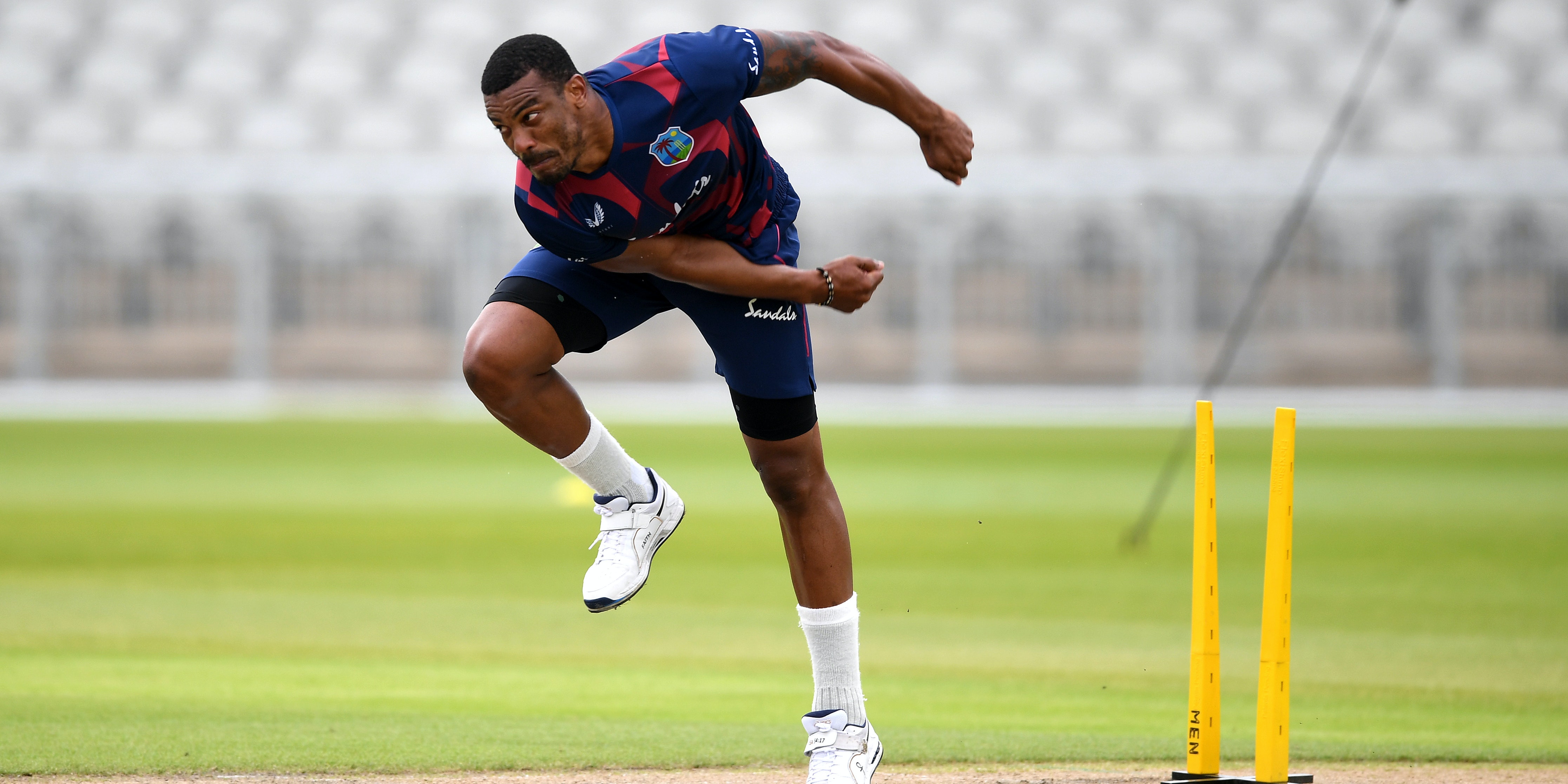 Jason Holder took a wicket in his first over of the England tour while Shannon Gabriel also shone on the penultimate day of the West Indies’ final intra-squad match before next week’s first Test.

After Joshua Da Silva carried his bat with a fine 133 not out, the first-string batsmen and bowlers went toe-to-toe in an entertaining final session and it was the pacemen who emphatically came out on top at Emirates Old Trafford.

Gabriel, not officially in the 14-man Test squad but likely to be drafted in from the reserves list after this four-day fixture ends, prised out John Campbell and Shai Hope as a Kraigg Brathwaite XI slipped to nine for three.

Holder did not bowl in the first internal warm-up match last week amid doubts over an ankle niggle but the captain showed little discomfort as he sent down five overs on Wednesday, snaring Shamarh Brooks with his sixth delivery.

In closing on 112 for seven in response to the 272 all out posted by a side led by Holder, a harsh spotlight was shone on a top-order that may be the one that takes to the field at the Ageas Bowl next Wednesday.

There were mitigating circumstances, particularly with the floodlights on – as they were all day – but Da Silva’s composed century spread across two days may yet lead to a rethink about the current batting order.

The wicketkeeper may have got off the mark on Tuesday with a streaky flash over the slips but he grew in stature with some eye-catching drives and weathered a hostile barrage from Oshane Thomas on Wednesday afternoon.

He resumed on 60 not out – exactly half of his side’s overnight 120 for five – but faced only two balls before rain led to another delay. The first two days had seen only 34 overs played because of the inclement weather.

Ninety minutes later, Da Silva was back at the crease. He was more restrained than in the early part of his innings and a touch fortunate on 69, when a loose drive flew between fourth slip and gully.

It was a rare misstep from the 22-year-old, who negotiated an aggressive four-over spell from Thomas after lunch, getting treatment after being struck on the bottom hand on 75.

But he soldiered on and a crisp clip past midwicket was his 15th four, taking him to three figures which he celebrated with a fist pump and a scream of ‘Yes’ to a smattering of applause.

Alzarri Joseph injected some impetus into the innings with some lusty blows in a dashing 38 from 32 balls, part of a 77-run stand that took the side past 250 before he and the tail were cleaned up in short order.

That set up the prospect of a mouthwatering session in the evening gloom, and Kemar Roach and Gabriel did not disappoint as the intensity and noise levels immediately went up.

Gabriel (three for 34) made inroads, bounding in with no lack of venom and inducing the edge of Campbell, which was easily caught by Holder at second slip.

Holder had to juggle his next attempt, holding on after Brathwaite had miscued an attempted cut shot off Roach and it was nine for three when Hope got an inside edge off Gabriel on to his stumps.

Holder made a near instant impact when he came on to bowl as Brooks got a leading edge to mid-off to depart for 16 while Joseph then got into the act when Roston Chase nicked to third slip.

Gabriel earned a loud clap from coach Phil Simmons, watching on from the balcony of his hotel in self-isolation, after a particularly fine diving stop at mid-on, and the fast bowler was only deprived a third top-order wicket when Holder put down a difficult chance in the slips to spare Kyle Mayers (40no).

Mayers dispatched Gabriel over deep square-leg for six a couple of balls later, much to the bowler’s evident chagrin, but he would be smiling again at the end of the day when Anderson Phillip slapped straight to gully.