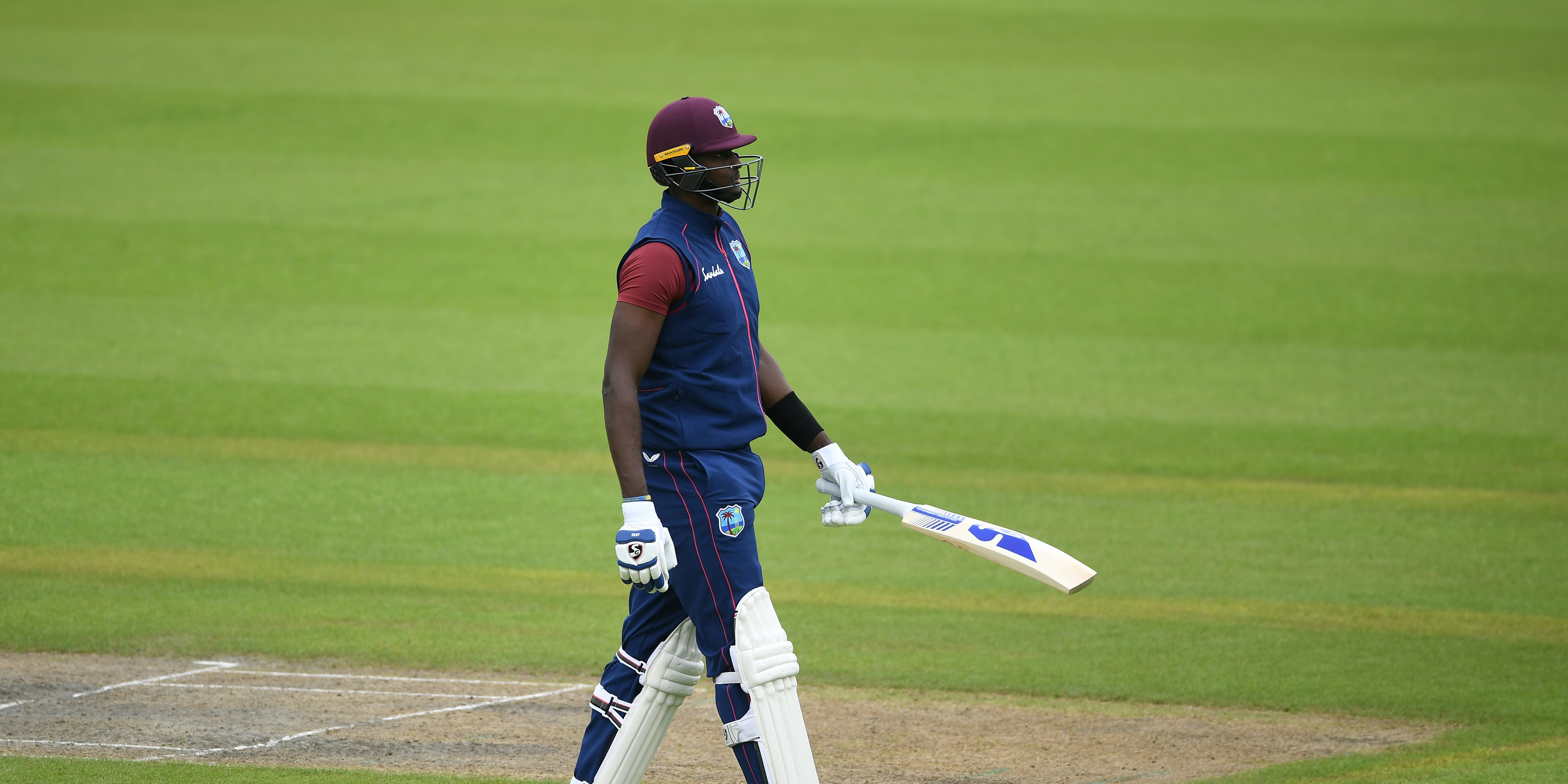 West Indies captain Jason Holder underwhelmed with the bat once more as head coach Phil Simmons officially rejoined the team after his latest negative coronavirus test on the final day of their drawn intra-squad match.

In a bid to get some time in the middle, Holder promoted himself to open the batting for the side he was leading against a Kraigg Brathwaite XI but the move backfired as he made just two off 15 deliveries.

Holder’s cheap dismissal means he has made just seven runs and faced fewer than 30 balls in three innings across these two internal matches ahead of the start of next week’s first Test against England at the Ageas Bowl.

There was better news as Simmons rejoined the camp, having been self-isolating in his room at the team’s on-site hotel at Emirates Old Trafford after leaving the bubble to attend his father-in-law’s funeral.

He has watched the majority of this rain-interrupted four-day game from his balcony but he presided over the warm-ups on Thursday after his third negative test for Covid-19.

Before play, the Windies marked the passing of the great Sir Everton Weekes, who died on Wednesday aged 95, with a minute’s silence and wore black armbands when they took to the field under lights, which remained on all day.

Less than an hour of play was possible on the last morning because of overnight rain as Brathwaite’s XI advanced their position from 112 for seven to 178 all out, with Shannon Gabriel taking four for 42.

Gabriel will almost certainly be catapulted into the Test squad from the reserves list soon, and he ended the innings by disturbing the stumps of Chemar Holder, who broke his bat from the previous delivery.

Kyle Mayers counter-attacked his way to 74 not out from 56 balls but he ran out of partners, with Alzarri Joseph pinning Marquino Mindley in front from the third ball of the day and Kemar Roach bowling Keon Harding.

That gave the Holder XI a first-innings lead of 94, although at this stage getting under-cooked players middle practice seemed to take more of a priority than the result.

That was emphasised when Holder strode out alongside Sheyne Moseley to commence the second innings. The all-rounder survived a couple of tight lbw shouts off Phillip, who had his man with a peach of a delivery.

Holder shaped to leave one outside his off-stump but the ball swung back in at him and trimmed the bail.

Holder did at least bowl five overs last night, showing no discomfort after a recent ankle niggle, but while he struggled with the bat again, Jermaine Blackwood belatedly found some form.

Hoping to earn a first Test start in nearly three years, Blackwood timed the ball nicely in his 43 from 48 balls, which was ended when he was bowled by Roston Chase’s first delivery of the match.

Blackwood’s knock means most of the frontline batsmen currently in the Test squad have had at least one innings of substance across these two matches, and perhaps underlined the lack of urgency in a sleepy afternoon session.

That continued after tea as the spin of Chase and Rahkeem Cornwall operated at either end. Cornwall accounted for Nkrumah Bonner, who departed three short of 50 after misreading a straight one and edging to slip.

First-innings centurion Joshua Da Silva picked up where he left off, following up his unbeaten ton with 56 not out as he took his tally in the match to 189 runs without dismissal.

It is unlikely to elevate him from the reserves but if there is an injury over the next few days, then he is well placed to be called up after helping his side to 170 for four and a lead of 264 when an early finish was agreed.