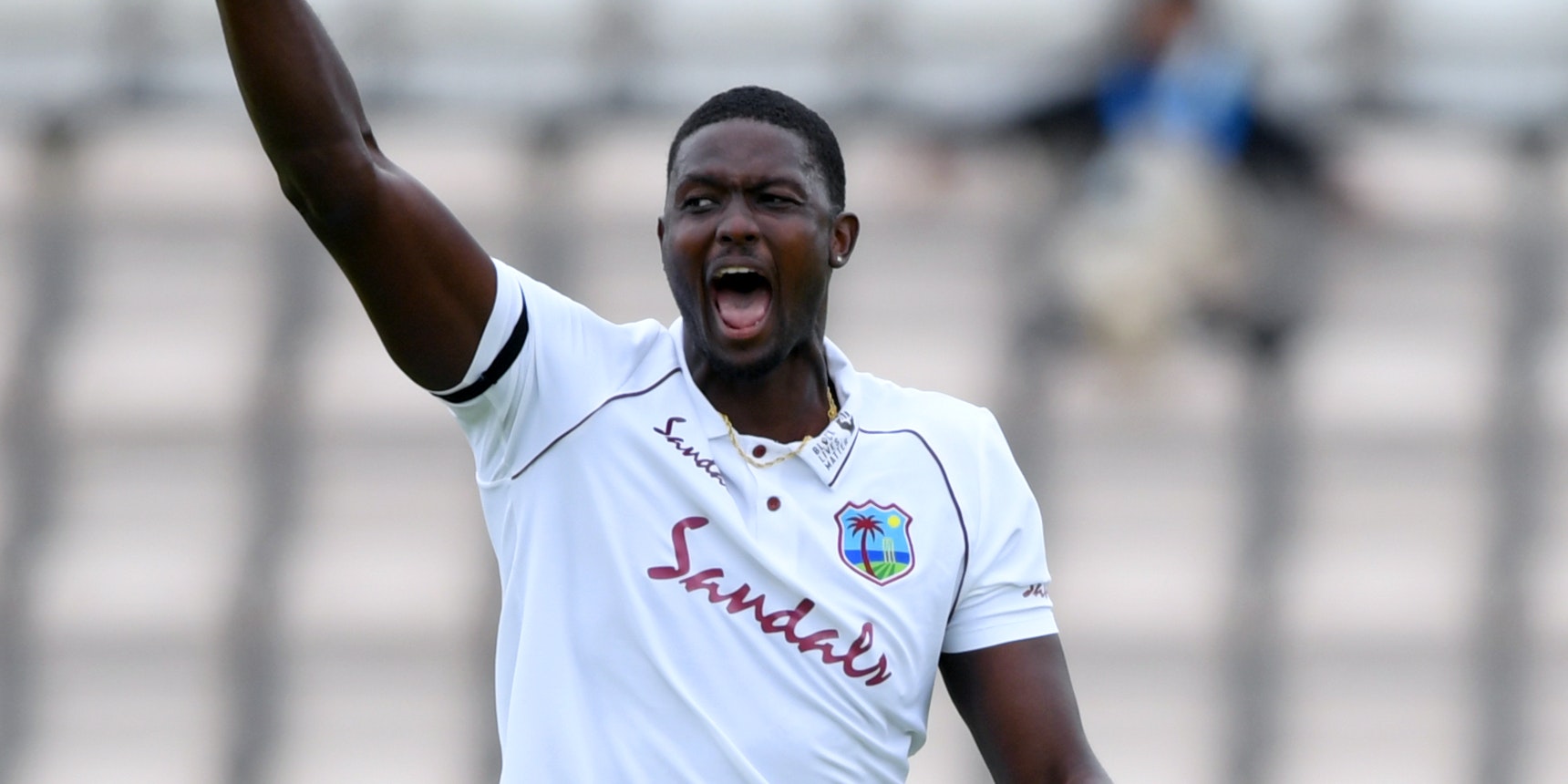 West Indies captain Jason Holder insists he is not finished with England after dismantling them with the ball and wants to add a century to his efforts in the first #raisethebat Test.

Holder shrugged off concerns over an ankle injury to take a career-best haul of six for 42 as the hosts were rolled over for 204 at the Ageas Bowl.

The 6ft 7in paceman settled into a groove that England’s batsmen could not answer on day two – including his opposite number Ben Stokes for 43 – but wants to live up to his status as the world’s number-one all-rounder by doing similar damage with the bat.

“It’s a proud moment getting six wickets in England, anything to help this team, but my role is to contribute with bat and ball,” he said, with the visitors set to resume 147 behind on 57 for one.

“I think I’ve soaked it in already. I really want to make some runs now. I have done a good job so far in the first innings but my Test is far from over.

“I have a massive contribution to make with the bat. I’ve ticked one box so far, now it’s left to me to knuckle down and get a hundred.”

Shannon Gabriel turned in a highly impressive effort of his own, accounting for each of the top three and returning to end a frustrating final-wicket stand of 30, but Holder’s dismissal of Stokes was probably the decisive contribution.

He had been dropped twice and his partnership of 67 with Jos Buttler was just threatening to rebalance the scales. Stokes had been using his feet to try and disrupt the bowlers’ plans, but Holder stuck at it and had him caught behind advancing down the track. Buttler, who had looked good for 35, followed close behind.

“It was a pivotal moment then because they were starting to score,” he agreed.

“Stokesy was looking quite set. We put down two chances and he was looking to make us pay and the partnership with Jos was starting to blossom into something that could really hurt us.

“I was getting just enough movement to keep him at bay, keep him playing and eventually got the edge.”

England paceman Mark Wood, who approached 95mph in a rapid but wicketless spell in the evening, accepted that the tourists were in a strong position.

He has not given up hope of turning the tide though.

“They are on top. They’ve done really well today and showed us the way to go,” he said.

“We lost a few wickets quickly, so there’s plenty to put right in the morning. We would have liked 250-300, so we’re a little bit short. But we can’t change that now, we can only affect how it goes from here.”

England’s most similar bowler to Holder is arguably Stuart Broad, left out of a home Test for the first time in eight years here, but Wood believes he and Jofra Archer can find their own way to succeed.

“I was a little bit surprised I was playing… it was a great confidence boost and it’s for me to try and repay that faith over the game,” he said.

“Holder bowled very well – he tested our technique, made them play – but Gabriel got four wickets too and he bowls quick, so it doesn’t mean we’ve got to bowl slower.

“Me and Jofra have got our own assets, one of which is bowling fast, so we need to remember what we’re good at.”