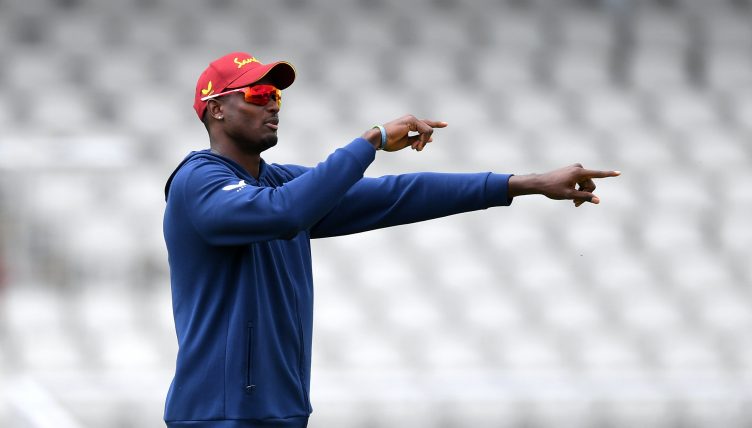 West Indies captain Jason Holder has called on his side’s batsmen to “really knuckle down” after a top-order collapse on the penultimate day of their last intra-squad match before the first Test against England.

After Joshua Da Silva carried his bat with a fine 133 not out, the first-string batsmen and bowlers went toe-to-toe in an entertaining final session and it was the pacemen who emphatically came out on top at Emirates Old Trafford.

Kraigg Brathwaite, John Campbell, Shai Hope and Roston Chase were all dismissed for single figure scores, a slight alarm as the quartet are likely to take the field next Wednesday at the Ageas Bowl.

All four spent some time in the middle in the first internal warm-up last week so Holder is not unduly concerned, but the all-rounder delivered a warning to his misfiring batsmen.

He told the PA news agency: “No doubt we’ve got to really look at ourselves in the mirror and really knuckle down, especially up front.

“Up front it’s probably the hardest place to bat in any format in cricket and we’ve got to find ways to fight a little bit harder up front in our innings.

“But in our first game, you pretty much saw people knuckle down and got in, Kraigg played really well and he’s been batting well in the nets, Shai Hope got a score in the first game. There’s still some scores from our top-order.”

Holder took a wicket in his first over of the tour, having not bowled last week as a precautionary measure due to an ankle niggle.

There did not seem to be any lingering discomfort as he sent down five overs for the side he is leading this week against a Brathwaite XI, which closed on 112 for seven in response to 272 all out.

“I’m pretty good. I won’t push it as hard as I probably would in a game as yet, but there’s still a few more days before the first Test but this has been the first bowl in the middle I’ve had since maybe March.

“I just need to work myself back into it, gradually. I don’t feel under-prepared. I’ve had a good amount of time in the nets. Yes, I haven’t had the time in the middle but I’ve ticked all the boxes in terms of preparation.”

While Da Silva is unlikely to be catapulted from the reserve list to the Windies squad despite his ton, Shannon Gabriel will almost certainly be in the Test reckoning after his three-wicket haul late on Wednesday.

Holder said: “Shannon looks really good. I never had any doubts with Shannon, it’s just a matter for him to get back to competitive cricket.

“The bowlers are really hitting their straps. It was a good day for all the bowlers.

“It’s been a while since we played competitive cricket and our fast bowling unit has done a tremendous job for us over the last couple of years so the guys are itching and ready to go.”