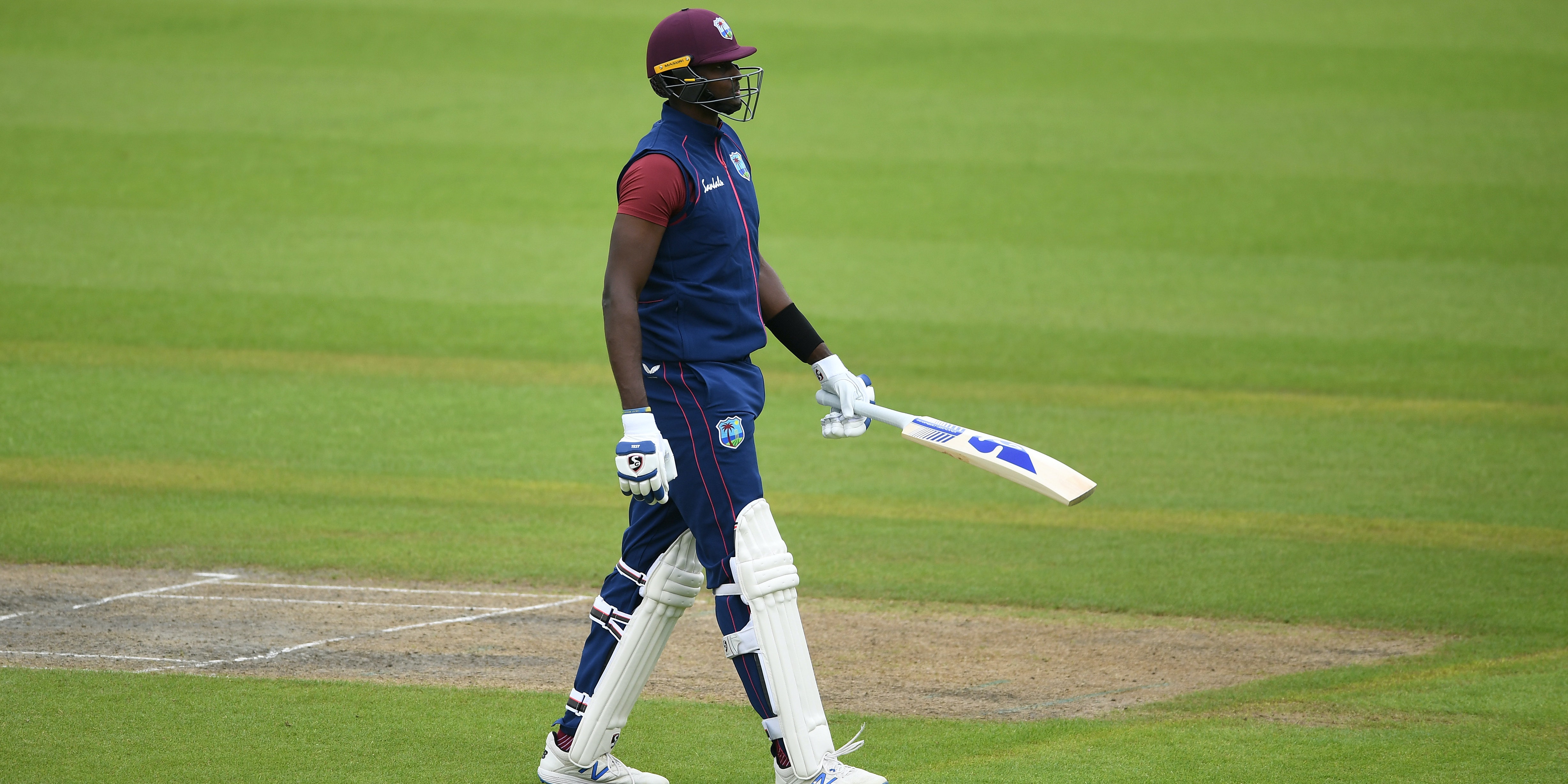 West Indies captain Jason Holder endured another forgettable day with the bat as their second and final intra-squad match before next week’s first Test against England finally got under way.

Intermittent showers had wiped out the first four sessions of this four-day match at Emirates Old Trafford and, when the rain abated to allow play to get under way at 2.20pm local time, Holder had precious little time at the crease.

Having been dismissed for a golden duck and not bowled last week as doubts swirled about an ankle niggle, the all-rounder was dropped on nought and looked ill-at-ease before edging into the slips, having made five from 13 balls.

Jermaine Blackwood was unable to advance his cause of starting a Test for the first time in nearly three years at the Ageas Bowl on July 8 after he too was out for a single-figure score after Holder had decided to bat against a side captained by Kraigg Brathwaite.

Oshane Thomas made immediate inroads as his precision yorker castled Sheyne Moseley from the first ball of the match, which has not been awarded first-class status and so anyone from the Windies 25-man squad can feature.

Thomas and Keon Harding were initially left out of the squad lists but they opened the bowling under floodlights, both initially causing problems as Joshua Da Silva got off the mark with a slash over the slips for four.

But Da Silva and Sunil Ambris gradually warmed to their task as Thomas was perhaps guilty of bowling too full in an effort to find some early swing, while Harding’s radar was off as he leaked 28 runs from four overs.

The batsmen had put on 79 before Chemar Holder made the breakthrough, Ambris (25) beaten for pace and top-edging to square-leg, where Marquino Mindley ran forward to take a simple chance.

Blackwood made just one from six balls before he edged Mindley to John Campbell at second slip, while Nkrumah Bonner did likewise off Chemar Holder as Jason Holder’s XI lurched from 79 for one to 87 for four.

Jason Holder should have departed second ball when he clipped Mindley to midwicket but Preston McSween spilled a relatively straightforward chance.

It would not prove too costly as Holder nicked to third slip off Anderson Phillip, with his side going to the break on 112 for five, with exactly half of those runs coming from the blade of Da Silva.