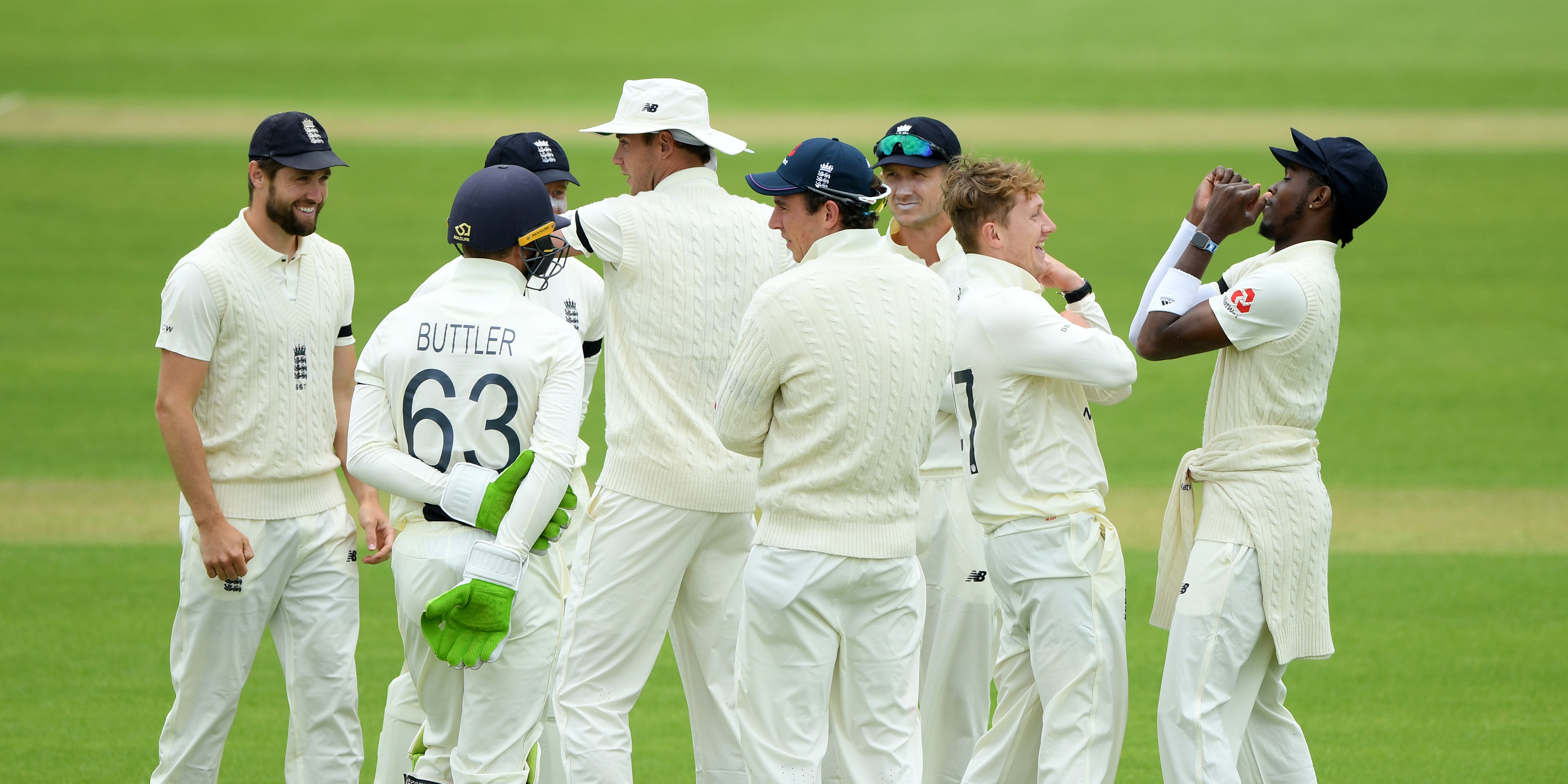 England enjoyed their first sight of Jofra Archer and Mark Wood bowling in tandem with a red ball as Test preparations continued on day two of the squad’s internal clash at the Ageas Bowl.

Responding to the declaration of Team Buttler on 287 for five, Ben Stokes saw his side respond with a score of 152 for five at tea.

The pace pecking order was under the microscope here, with just three of James Anderson, Stuart Broad, Chris Woakes, Archer and Wood likely to face the West Indies in next week’s #raisethebat series opener and a strong support line-up waiting in the wings.

It was, therefore, a timely moment to see the fastest of the bunch – Archer and Wood – recreate the double act that helped spur England to World Cup glory last year.

Injury has largely kept the pair apart since that tournament, but they teamed up in an eight-over morning spell that cost just seven runs and gave a hint of what could be a dangerous partnership.

Coming on first change after a solid but unspectacular new-ball burst from Broad and Woakes, the pair injected some speed and hostility into an otherwise docile session that ended with the score at 49 for two.

Dom Sibley (12) was particularly unsettled by the short stuff, dropped off Wood as he fended awkwardly to Ollie Pope only to turn Archer off his pads and into Jos Buttler’s gloves as soon as he got to the other end.

Wood returned in the afternoon to pick up Jonny Bairstow’s outside edge with the first ball of his second spell and conceded just eight runs from seven lively overs.

Among the top four only Zak Crawley enhanced his prospects of facing the Windies, looking positive and controlled before edging Woakes behind for 43. Sibley’s fellow opener Keaton Jennings made a watchful 23 before nicking Dom Bess to slip, the first wicket of the match for a spinner and one that did the Somerset man’s cause no harm as he vies with Moeen Ali and Jack Leach.

With Sibley also struggling in a manner that might intrigue the likes of Kemar Roach and Shannon Gabriel and Bairstow offering no reason for recall, it fell to Stokes to pick up the baton.

He saw off Durham team-mates Wood carefully, scoring just a single off his first 19 balls before opening up with a driven four and squeeze to third man off Woakes.

Bess took some damage, Stokes swiping him for six then punching straighter for four as he found his tempo. He was outdone just before tea, stumped for 41 charging the leg-spin of Matt Parkinson.