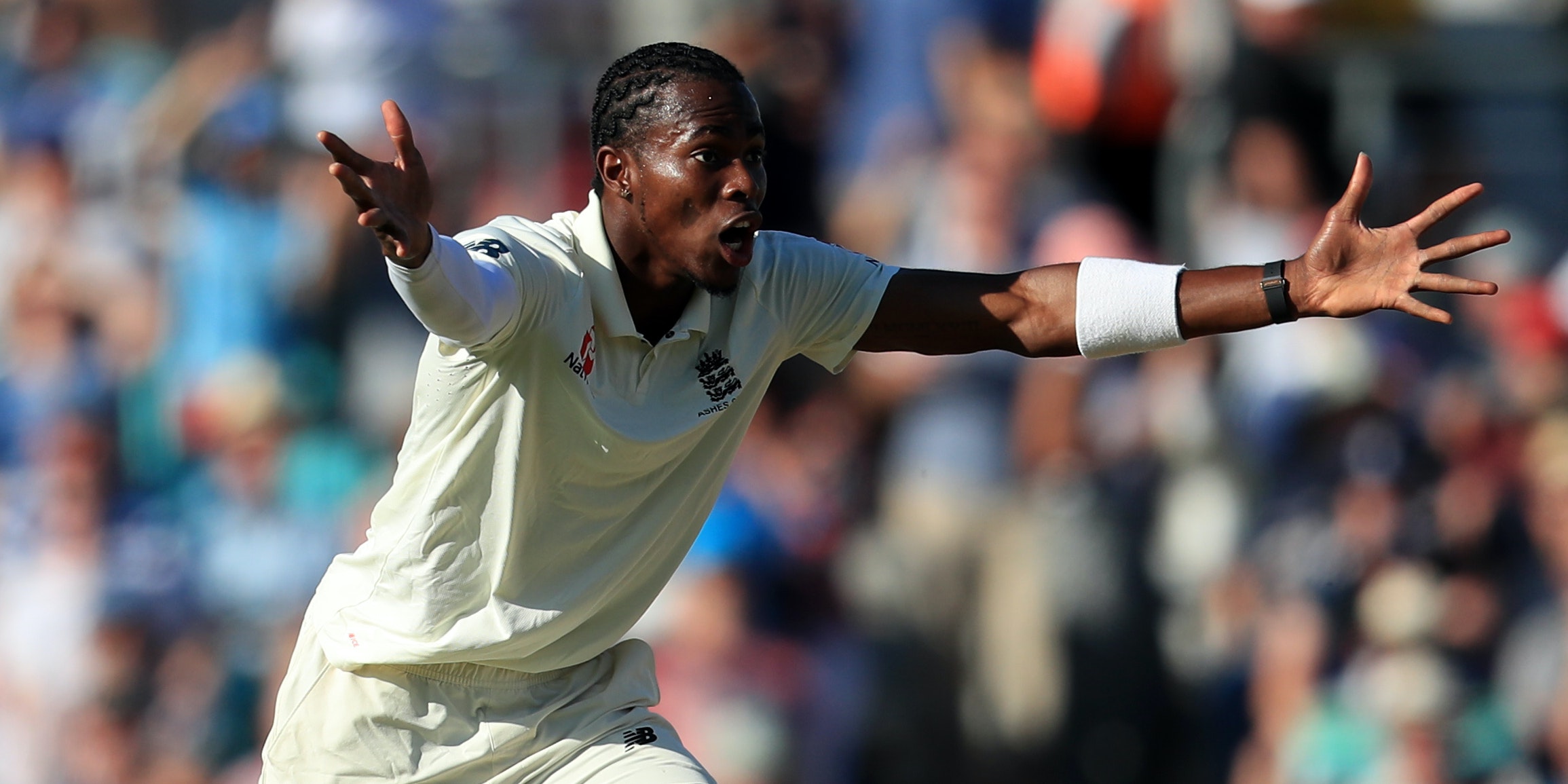 Jofra Archer has revealed he suffered racist abuse on social media after being withdrawn from England’s squad for the second Test against the West Indies last week for breaching bio-secure protocols.

It emerged the fast bowler had made an unauthorised visit to his flat in Hove before travelling up to Manchester, and he was placed in isolation for five days at the team’s on-site hotel at Emirates Old Trafford.

Archer, who was fined but is available for the third Test which starts on Friday after returning two negative coronavirus tests, accepts he made a mistake but insists he will not tolerate being the target of racism.

“Some of the abuse I have taken over the past few days on Instagram has been racist and I have decided that enough is enough,” Archer wrote in his Daily Mail column.

“Since Wilfried Zaha, the Crystal Palace footballer, was abused by a 12-year-old online I drew a line and I will not allow anything to pass.”

Archer, who was racially abused by a spectator in New Zealand last year, with a 28-year-old man admitting the offence, has reported the latest incident to the England and Wales Cricket Board.

An ECB spokesperson said: “The alleged racist message was brought to our attention by Jofra Archer last week. We are supporting him and we have reported the message through the appropriate channels and authorities.”

While Archer has now rejoined his team-mates, he was only allowed out of his room for carefully controlled solitary fitness work last week, activities for which he admitted he lacked motivation due to the scrutiny he has attracted.

“I found I was struggling for motivation in the circumstances when it came to returning to bowling in the nets,” he said.

“When I walked outside of my room for the first time since being placed into self-isolation for breaking the Covid-19 protocols, I heard the cameras clicking with every single step I took.

“The whole spectacle made me feel uneasy. I know what I did was an error of judgement and I have suffered the consequences of that. I haven’t committed a crime and I want to start feeling myself again.

“Yes, I made a mistake in not driving to Old Trafford directly from Southampton between matches. But people make mistakes. To me, home is home. A safe place. I picked some stuff up, dropped some stuff off. It was no big deal.”

Archer wrote that he had apologised to his team-mates and thanked them for their support, while singling out Ben Stokes for advising him on “how to deal with being in the spotlight of international sport”.

The all-rounder starred as England levelled the #raisethebat series with a 113-run win, having lost the opener at the Ageas Bowl, where Archer admitted his bemusement at the varying reactions at his own performance.

Archer followed up figures of nought for 61 first time around with a three-wicket burst in the second innings which gave England an outside chance of victory, only for the Windies to get over the line at Southampton.

“The second innings in Southampton showed me how fickle cricket is,” Archer added.

“In the first innings, I hear I am this and that – over-rated. Then, the second innings comes, I do well and it’s all ‘he’s a great player.’ That’s cricket.

“Some days are good, some are bad. No one is going to be amazing all the time. Sometimes I feel it’s not a fair world – really and truly.

“Over the last few days, I have unfollowed and muted a lot of social media profiles to get away from it.

“I won’t be going back on it. I find it unnecessary noise. Take two wickets and everyone is back on the bandwagon again. It’s a fickle, fickle world we live in.”