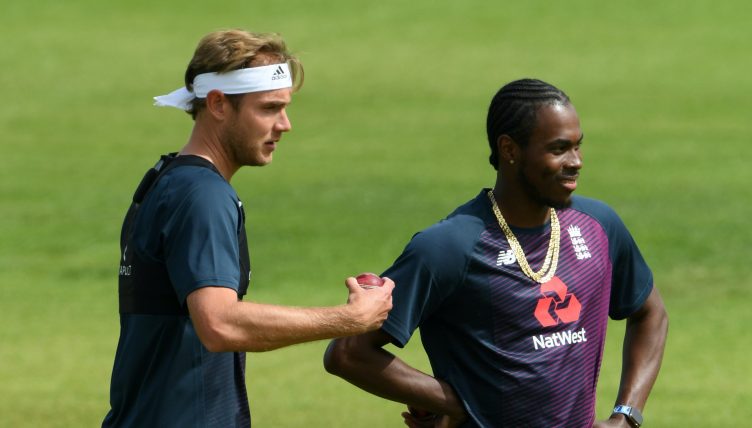 England are preparing to make their trickiest selection call of the summer after Jofra Archer received the all-clear from coronavirus and rejoined his team-mates ahead of the series decider against the West Indies.

Archer was removed from the squad on the eve of the second Test after it emerged he had breached the bio-security protocols with an unauthorised trip to Hove and spent the next five days in his on-site hotel room at Emirates Old Trafford.

His only exemptions were solitary fitness and training sessions but, after twice testing negative, he has been re-admitted to an inner sanctum that contains a host of fast bowlers desperate to see action.

Archer will be eager to have his name in the spotlight for the right reasons, but head coach Chris Silverwood and captain Joe Root also have James Anderson and Mark Wood fully fit after rests.

Archer received a written warning and a fine of around GBP 15,000 for his lapse in judgement, but is due to enter the debate with a clean slate.

“Yes, I think he does. He’ll integrate back into the squad as usual,” said Silverwood.

“He’s done his five days and got his tests back which is great and he’ll integrate back into the squad. Jofra has been looked after and I’ll think he’ll be pretty glad to get back in amongst us to be honest.”

Since his debut last summer Archer has never missed out on cricketing grounds, while Broad will consider his point made after he responded to being left out of the first Test with match figures of six for 108. Throw in the most prolific seamer in Test history, Anderson, and you might have the line-up.

That would mean no place for the only left-armer (Curran), the fastest bowler of the bunch (Wood) or the man branded by Root as ‘Mr Dependable’ (Woakes), but Silverwood knows it will be hard on whoever misses out.

“It’s never easy, and you’re always going to get push back, but you try to be as honest as possible,” he said.

“They are good conversations, a great headache to have. When you’re leaving out world-class players, from my point of view it’s a very good place for English cricket to be.”

Silverwood made it clear Dom Bess remained “in possession” of the number one spinner’s role over Somerset team-mate Jack Leach, but England may flirt with the idea of going for all-out pace backed up by Root’s off-breaks.

One player whose place does not appear to be up for grabs in a must-win match is Stokes, who has leapfrogged Windies skipper Jason Holder as the world’s number one all-rounder on the back of his staggering all-round returns in the series.

With 343 runs at 114.33 and nine wickets at 16.33 he has emerged from lockdown a cut above the rest and Silverwood could only muster a half-hearted suggestion that he may need to manage his workload.

“We want him out there as much as we can – everyone can see how good he is. But you know what, we’re going to consider it,” he said, before backing away from the idea.

“He’s been at the centre of the last couple of games now and we’ve got to make sure he’s OK. But if he is fit and healthy and good to go he’ll play.

“The stats don’t lie. He’s passing milestones, he’s making records for himself, which is great. He’s on the crest of a wave at the moment so we’ve got to make sure he stays there and support him the best we can.

“All the accolades he’s getting, he deserves. He works hard at training, and puts so much in on the field.”