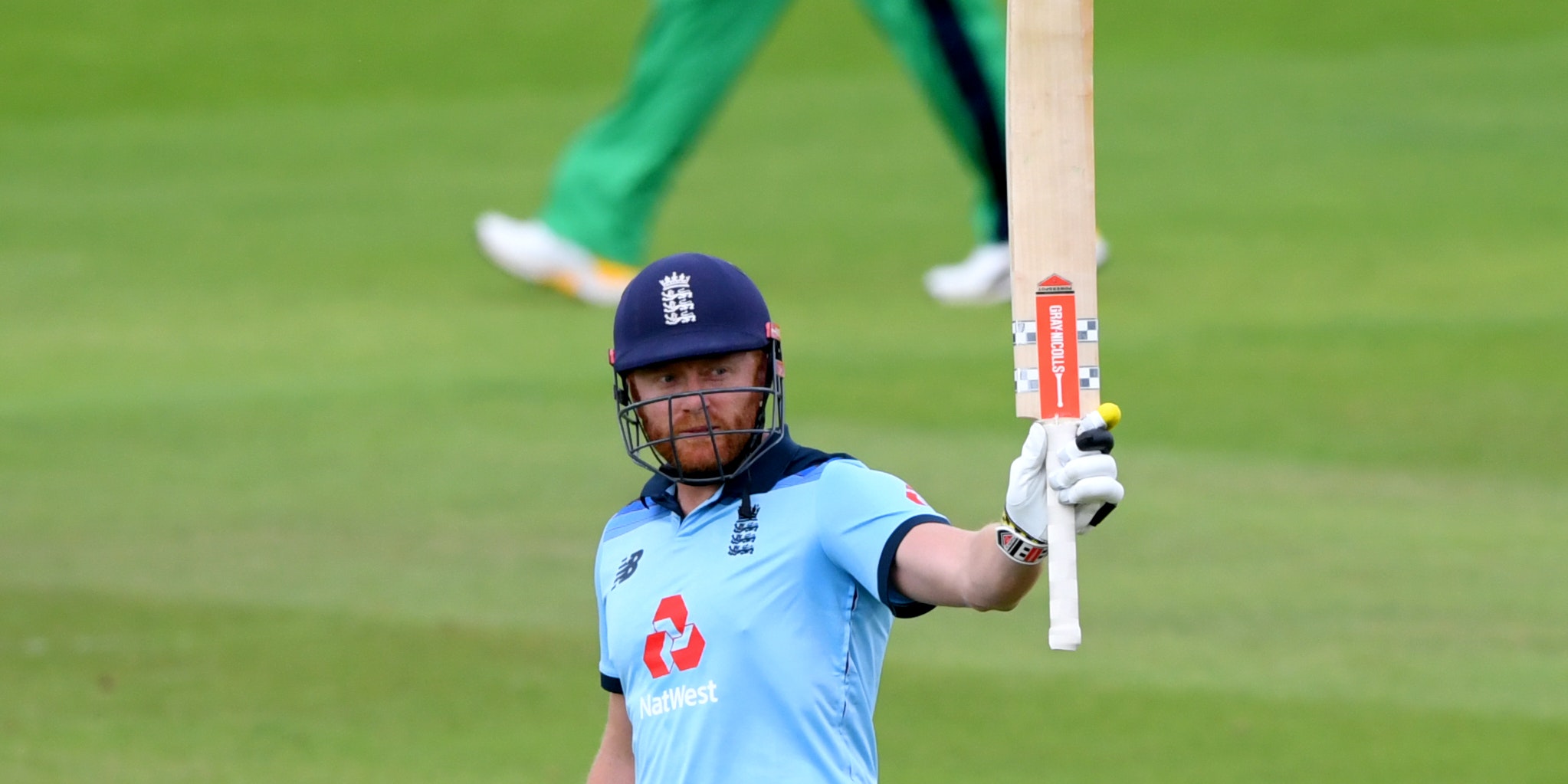 Jonny Bairstow put Ireland to the sword with a barnstorming 82 off 41 balls but England had to overcome a middle-order wobble before moving into an unassailable 2-0 lead in the Royal London series at the Ageas Bowl.

After Adil Rashid had taken three for 34 to reach 150 one-day international wickets and help restrict Ireland to 212 for nine, Bairstow equalled the record for the fastest fifty in this format by an Englishman off 21 balls.

Bairstow, Eoin Morgan and Moeen Ali were dismissed within six balls as England lurched from 131 for three to 137 for six, before an unbroken 79-run stand between Sam Billings and David Willey helped the hosts to their target with four wickets and 17.3 overs to spare.

The pair had been the standout performers in Thursday’s opener and came to the rescue here, Billings finishing on 46 not out while Willey followed up his two for 48 with an unbeaten 47 in the evening sunshine.

Ireland were once again grateful for Curtis Campher, who followed up his unbeaten 59 on his international debut 48 hours earlier with a mature 68, the linchpin in the tourists’ batting after they had won the toss.

But the final match of the series on Tuesday will be a dead rubber, even though Campher also chipped in with a couple of wickets on a day Reece Topley made his England return after a four-year hiatus because of injury, taking one for 31.

While Topley was twice pushed through gaps for four in his first over, the left-arm angle of the 6ft 7in seamer and David Willey caused problems. Gareth Delany was stuck on his crease and given lbw, while Paul Stirling drove loosely to backward point as Willey accounted for both openers for the second match in a row.

James Vince surprisingly came in for his first bowl at ODI level but the move proved a masterstroke as he claimed his first international scalp when Ireland captain Andrew Balbirnie withdrew his bat too late and feathered behind.

Rashid’s googly bowled Kevin O’Brien through the gate, while Harry Tector and Lorcan Tucker made 28 and 21 before ungainly shots off England’s leg-spinner led to both being caught in the ring.

By this stage Ireland had crawled to 91 for six in the 28th over but Campher was back at the coalface for another rebuilding job, putting on a patient 60 with Simi Singh (25) before a union of 56 from 43 balls with Andy McBrine.

A premeditated ramp off Topley took Campher to his 50 before he took three fours in an over off Willey, the last of which was an audacious reverse scoop. Campher was dismissed for the first time in the series when he sliced to third man before Topley struck when McBrine gloved behind for a run-a-ball 24.

England had been a little ragged in the field in the last 10 overs, where Ireland added 67, with Bairstow dropping a tough chance, but the Yorkshireman soon atoned with the bat.

While Craig Young had Jason Roy caught at extra-cover for a three-ball duck, the Irish seamer and left-armer Josh Little were savaged by Bairstow, who clubbed five fours in the space of nine balls, three through midwicket.

Young was hammered over that region while two straight drives off McBrine, one just short of the rope and the second way over, helped Bairstow tie a record which Morgan first set against Australia in 2018.

But Campher then flattened Vince’s middle stump before pinning Tom Banton in front for 16 and 15 respectively.

Just as Bairstow seemed poised to challenge Jos Buttler’s record for the fastest century by an Englishman – which came off 46 balls against Pakistan in 2015 – he feathered behind off a wider one from Little, who in his next over induced mild panic when captain Morgan and deputy Moeen Ali departed without scoring.

England momentarily eschewed the hyper-aggression when Billings and Willey joined forces, the former playing the anchoring role which allowed the latter to free his arms when necessary, which he did when planting Little and then Young over fine-leg for sixes before hitting the winning runs with a pull for four off Campher.