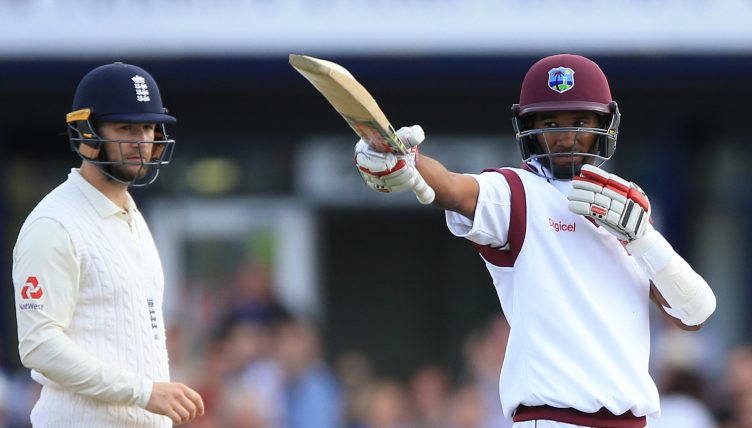 Kraigg Brathwaite praised the “intensity” of the West Indies’ intra-squad warm-up match after he was forced to fight for every run on the opening day at Emirates Old Trafford.

The tourists have spent the last two weeks in a combined quarantine-cum-training camp in Manchester and finally took the chance to play some competitive cricket in the middle, with Brathwaite in charge of one side and Test skipper Jason Holder leading the other.

The opener led from the front, chiselling out a top score of 84 as his side were bowled out for 275, the innings concluding in a hurry as five wickets fell for just two runs.

The teams were split broadly between disciplines, with Brathwaite heading up what looked to be a near full-strength Test batting order, while Holder marshalled the senior bowlers.

That guaranteed a high-calibre battle as soon as Holder opted to field and there was plenty for onlooking head coach Phil Simmons to cheer.

While Brathwaite overcame some tricky periods to occupy the crease for over three-and-a-half hours and Shai Hope’s vibrant 83 included some elegant strokeplay either side of tea, there was also plenty of aggression from the pace attack.

Kemar Roach was exemplary with the new ball, Shannon Gabriel made a compelling case for his seemingly inevitable promotion from the standby list with figures of three for 32 and Alzarri Joseph scattered the tail to pick up four wickets.

“The intensity was there from ball one. Everyone was playing with a purpose,” Brathwaite told the PA news agency.

“Those guys we faced are quality, so it was very good practice for batters and bowlers. It was intense, it felt like we were in a battle all day. When you play a game like this you want to come out on top.

Before he was finally dismissed by Roach, bowled off stump by a beauty, Brathwaite had successfully managed to get under his team-mates’ skin.

Umpires Alex Wharf and Michael Gough, the only home representatives at the match, turned down a couple of loud lbw appeals and when Gabriel saw a big shout for caught behind come to nothing he could not resist having his say.

“Jesus Chris boy, you are dishonest!” he roared, the words clearly audible as they bounced around the empty stands.

The Trinidadian quick was grinning as he went, and Brathwaite insisted the head-to-head contest would not harm team unity.

“It was all good fun, man. We can’t leave the hotel so we’ve got to enjoy ourselves,” he said.

“Shannon is a joyful fellow. We’ll all come together at dinner but tomorrow we’ll be against one another again.”

Gabriel was originally listed among the reserves for the tour but, on this form, stands a decent chance of lining up for the first Test at the Ageas Bowl on July 8.

“He looks fit to me and I believe he is ready for the Test series,” said Brathwaite.

“He knows his body and how he feels, and the medical staff will make their call, but he was sharp out there.”