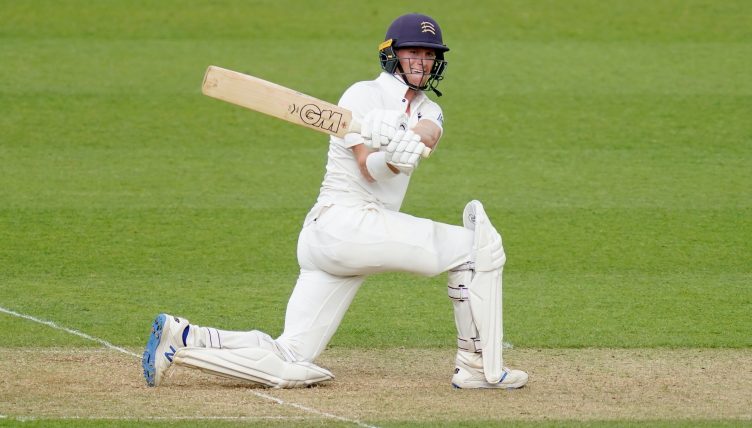 Middlesex batsman Nick Gubbins struck a superb unbeaten 150 on the opening day of the Bob Willis Trophy against Surrey at the Kia Oval.

The knock reignited a career which, last summer, faltered badly for a batsman who was in line for an England Test cap within two years of making his debut for the county in 2014.

The 26-year-old left-hander won England Lions recognition shortly after being one of the stars of Middlesex’s 2016 County Championship-winning season, but last year he managed just 530 four-day runs at an average of 22 – with just three scores above 50 from 24 innings.

But, after also hitting a century in last week’s two-day friendly against Surrey at the Kia Oval, Gubbins simply carried on where he left off by stroking 17 fours and a six to spearhead Middlesex’s progress towards 264 for four from 91 overs after opting to bat first.

It was only his second championship century in three years but he can rarely have played better.

Surrey’s bowlers were admirably disciplined throughout a day that was due to be part of the government’s pilot scheme aimed at getting crowds back to elite sport, before being postponed for at least a fortnight, and it was a shame that the expected 2,500 attendance was not in place to appreciate both Gubbins’ fluent knock and Surrey’s efforts in the field.

Rikki Clarke was the pick of Surrey’s seamers with two for 33, while both spinners – Amar Virdi and Dan Moriarty – impressed with their control. Moriarty, 20, picked up his maiden first-class wicket on debut when Matt Dunn pulled off a magnificent sprawling catch, running back from deep mid-on and taking the ball over his left shoulder after Stevie Eskinazi miscued an attempted big hit.

Eskinazi made 18, as did Martin Andersson after him before falling leg-before to Clarke, while Max Holden got to 48 in a second-wicket partnership of 111 with Gubbins following the early loss of Sam Robson.

Robson, on seven, edged Clarke’s sixth ball at the end of the second over of the match and was brilliantly held by diving wicketkeeper Jamie Smith but Gubbins immediately looked assured, cover-driving the first ball he faced for four.

Holden, though, was dropped twice off unlucky seamer Dunn on four and 18, with Scott Borthwick failing to hold on at second slip when Middlesex were 15 for one in the seventh over and then Will Jacks putting down a fierce cut in the gully during Dunn’s second spell 15 minutes before lunch.

Virdi eventually ended left-hander Holden’s 136-ball stay with a delivery that turned sharply to take a thin edge on its way into Smith’s gloves – and the off spinner showed his delight by immediately setting off on one of his trademark celebratory sprints into the outfield.

Gubbins had faced 257 balls by stumps, dominating the innings and late on advancing down the pitch to loft Virdi straight for six.

Middlesex will have another 29 overs available to them to push on tomorrow, with first innings restricted to 120 overs under Bob Willis Trophy regulations.