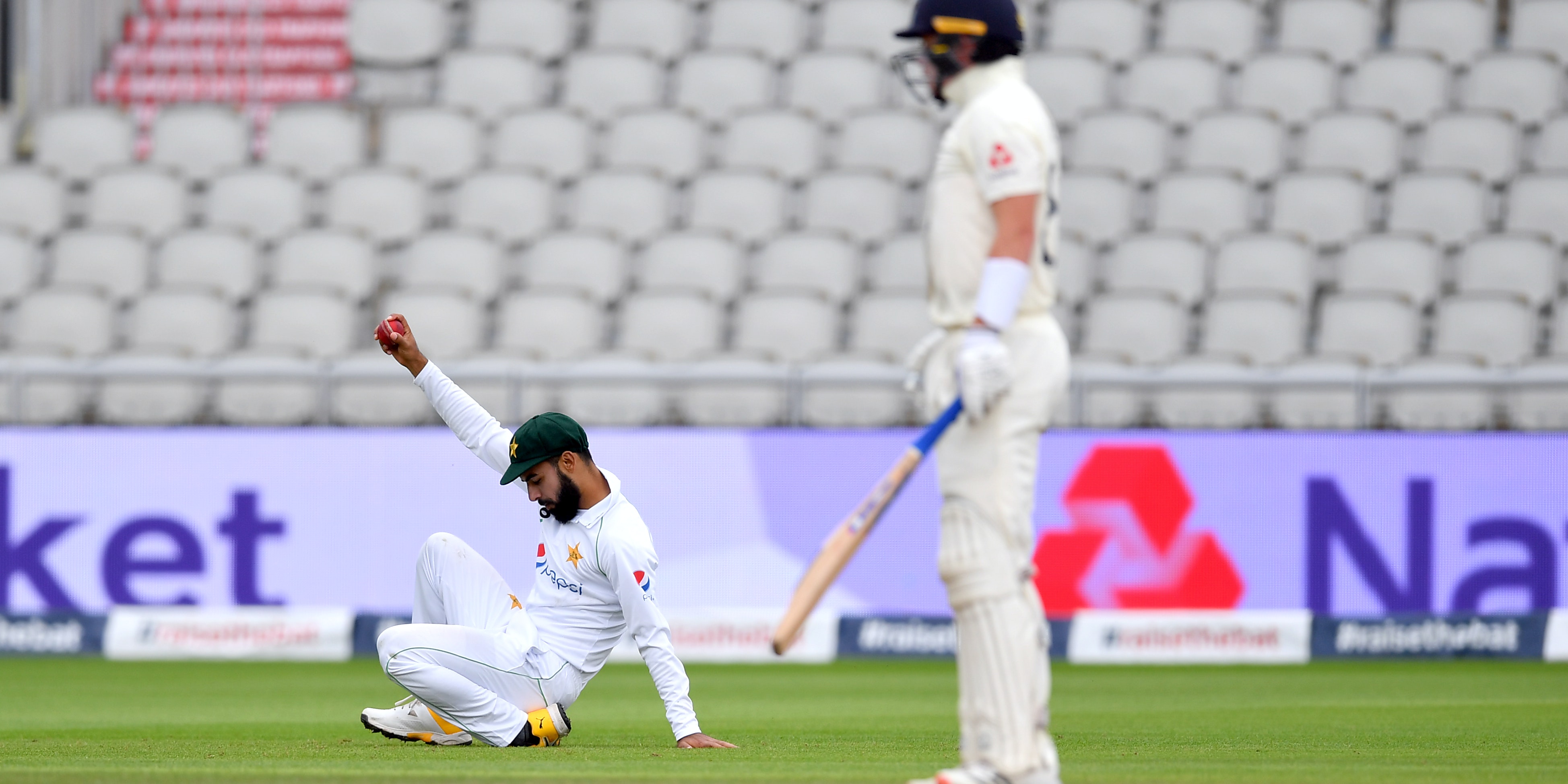 England lost Ollie Pope for a hard-fought 62 but Jos Buttler weathered an intense examination from Pakistan to keep his side afloat on the third morning of the first Test.

The hosts reached lunch on 159 for five, still 167 behind but considerably better placed than they might have been given some high-calibre bowling.

Buttler took 26 deliveries to add to his overnight score of 15 and scored just three runs in the a challenging first hour, but reached the lunch break at 38 not alongside Chris Woakes.

Pope had been the home side’s shining light as they slumped to 92 for four on day two, scoring exactly half of the runs to sit on 46 not out overnight.

He successfully clocked up his fifth half-century but was caught on the wrong side of one-sided burst that saw him and Buttler boxed in by a brilliant three-pronged pace attack.

Just nine runs came off the bat in the first hour, alongside 10 extras, with both batsmen playing and missing regularly. Pope almost diverted Shaheen Afridi into his stumps early in the session and Buttler edged just short of second slip when he flashed at Naseem Shah’s third ball.

Naseem then arrived to cause Pope a host of problems, while Mohammad Abbas came agonisingly close to taking Buttler’s edge on at least three occasions.

The drinks break seemed to revitalise England, Buttler collecting the first four of the day with a punch through cover and Pope smashing a rare loose one from Abbas.

Tentatively, the fifth-wicket stand crept up to 65, every run hard earned, before Naseem produced a beauty to claim his deserved reward.

Pope was basically blameless, reeling back as the teenager got one to kick viciously off the surface and fending to gully off the splice. New man Woakes received a fiery welcome, banged on the side of the helmet third ball by Naseem, but kept enough focus to pick up boundaries off Shaheen either side of a momentary rain break.

Buttler confirmed his growing comfort when he stroked Shaheen through extra-cover just before the interval, taking his side’s final tally to 67 runs in the session.