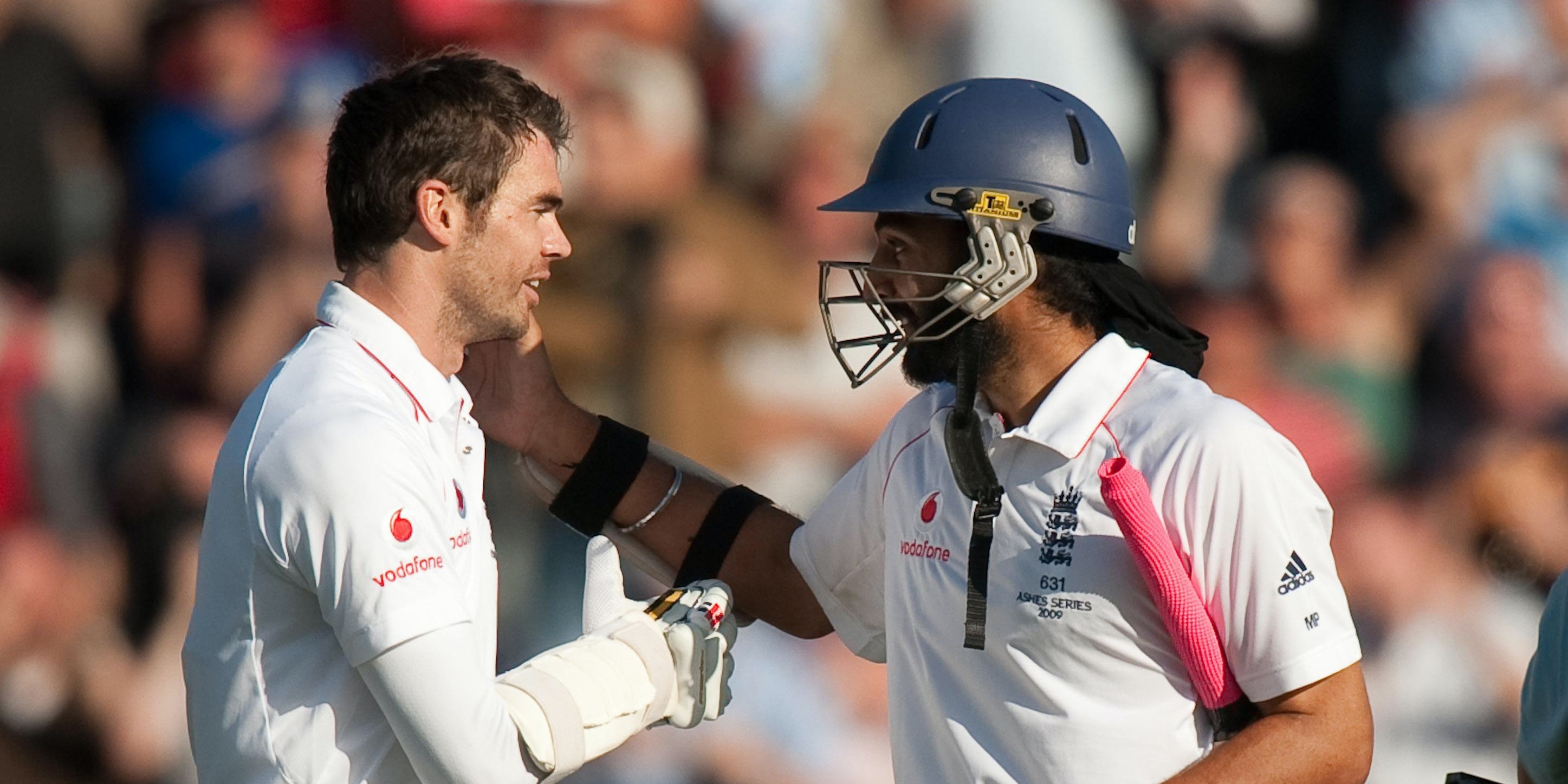 James Anderson and Monty Panesar produced one of the most memorable last-wicket rearguards as England escaped with a draw in the 2009 Ashes opener at Cardiff.

While the pair were among the best at their craft with ball in hand, neither was proficient with the bat, so the fact they repelled the best Australia could throw at them for 11 and a half overs was a seismic achievement.

Here, the PA news agency looks at this in more depth and four more famous last-wicket stands for England since then.

Paul Collingwood’s defiant vigil looked to be in vain when he slapped his 245th ball straight to the gully fielder, bringing Anderson and Panesar together. All hope seemed to have vanished with 40 minutes still left in the Test and England trailing by six. But with every dot ball cheered to the rafters by a riveted Cardiff crowd, Australia captain Ricky Ponting was left to rue using his spinners and ignoring tearaway quick Mitchell Johnson and swing bowler Ben Hilfenhaus. Anderson survived 53 balls and Panesar 35, and England lived to fight another day. The rescue act would prove significant as the hosts went on to seal a 2-1 series win.

There was more of a reason to believe – but that did not make those 19 balls any easier to watch. Collingwood being at one end would have soothed nerves, and he wasn’t about to make the mistake he had made months earlier, but Durham team-mate Graham Onions was the unknown quantity when he strode to the crease in the series opener at Centurion. But it was Onions who would face 12 of those deliveries, including all of the final over from a fired up Makhaya Ntini on his 100th Test. The tail-ender offered up not so much as a sniff as England were treated to a pre-Christmas miracle.

In-between departing the Highveld and getting into strife at Cape Town, England had hammered South Africa at Durban. That lead looked set to disappear when Ian Bell’s resistance was ended after 213 balls. Onions would have been forgiven for feeling like it was Groundhog Day, but once more he did his duty, this time keeping out 11 balls from Morne Morkel while Graeme Swann saw off an over from the great Dale Steyn. Morkel, all pace and bounce, thought he had his man caught behind with the penultimate delivery but a review proved there was a gap between bat and ball. England clung on but their luck would desert them in the closer as they were hammered by an innings.

At the end of the fourth day, England were 90 for four after being set a world record 481 by New Zealand at Auckland. The idea that England would somehow bat out the final day of the third Test and thus preserve a 0-0 series draw was, at best, far-fetched. But Matt Prior was the glue that held England together, making a valiant unbeaten century, while Ian Bell’s dogged 75 off 271 balls and Stuart Broad’s six from 77 kept England afloat. Panesar joined Prior and despite almost comically being run out – diving to make his ground and falling short with the throw missing the stumps – the left-hander survived five balls and Prior did the rest as England held on.

Mere weeks after his World Cup final heroics, Stokes produced his second once-in-a-lifetime performance as England, somewhat outrageously, sealed a one-wicket win in a breathless conclusion to the third Ashes Test at a raucous Headingley. At one point in his innings Stokes was on three off 73 balls but he gradually upped the tempo as England pursued a record 359, and went into overdrive when last man Jack Leach joined him with 73 still needed. Leach’s contribution to an unbroken 76-run stand was just one not out off 17 balls but he did his job. There was Nathan Lyon’s fumbled run out followed by the lbw that never was before Stokes pumped Pat Cummins through the covers to get England home. Australia retained the Ashes but Stokes was unquestionably the star of the summer.