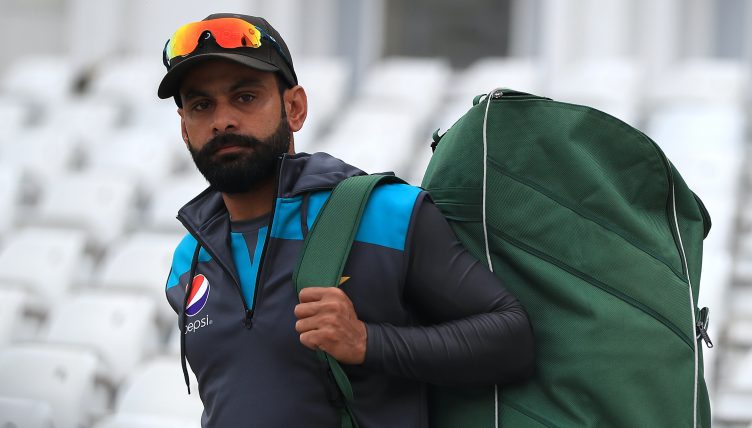 Pakistan all-rounder Mohammad Hafeez has been placed in isolation on the eve of the second Test against England after breaching social distancing guidelines by posing for a photograph with an nonagenarian golfer.

Hafeez smiled for a snap with a woman who he identified as “90+ and living her life healthy” after the pair met during a round at the golf course which adjoins the Ageas Bowl – site of the this week’s Test match.

Hafeez is not part of the red-ball squad, and has instead travelled as part of the limited-overs group playing matches later this month, but his actions still represent a breach of strict rules governing the ‘bio-secure bubble’.

The Pakistan Cricket Board has tested Hafeez for Covid-19 and will allow him to rejoin the group if he is negative.

“During the golf round, he (Hafeez) was photographed with a member of the public, which he subsequently posted on his social media account,” said a statement.

“As it was evident from the photograph that Hafeez had breached the two-metre social distancing protocol and following a consultation process with the team doctor, the team management has decided to isolate him until he returns a negative Covid-19 test.

“Hafeez underwent the Covid-19 test late Wednesday afternoon and the result is expected at some stage on Thursday.

“The decision to put Hafeez in isolation has been taken for his and, the safety and security of everyone around him.

“The team management believes it was an inadvertent mistake, but a good reminder for everyone on the importance of following the bio-secure protocols, which have been designed for the health and safety of everyone involved in the series.”

The England and Wales Cricket Board has been informed and will have some sympathy having dealt with a contravention of their own during the West Indies series, when Jofra Archer made an unauthorised trip to Hove.