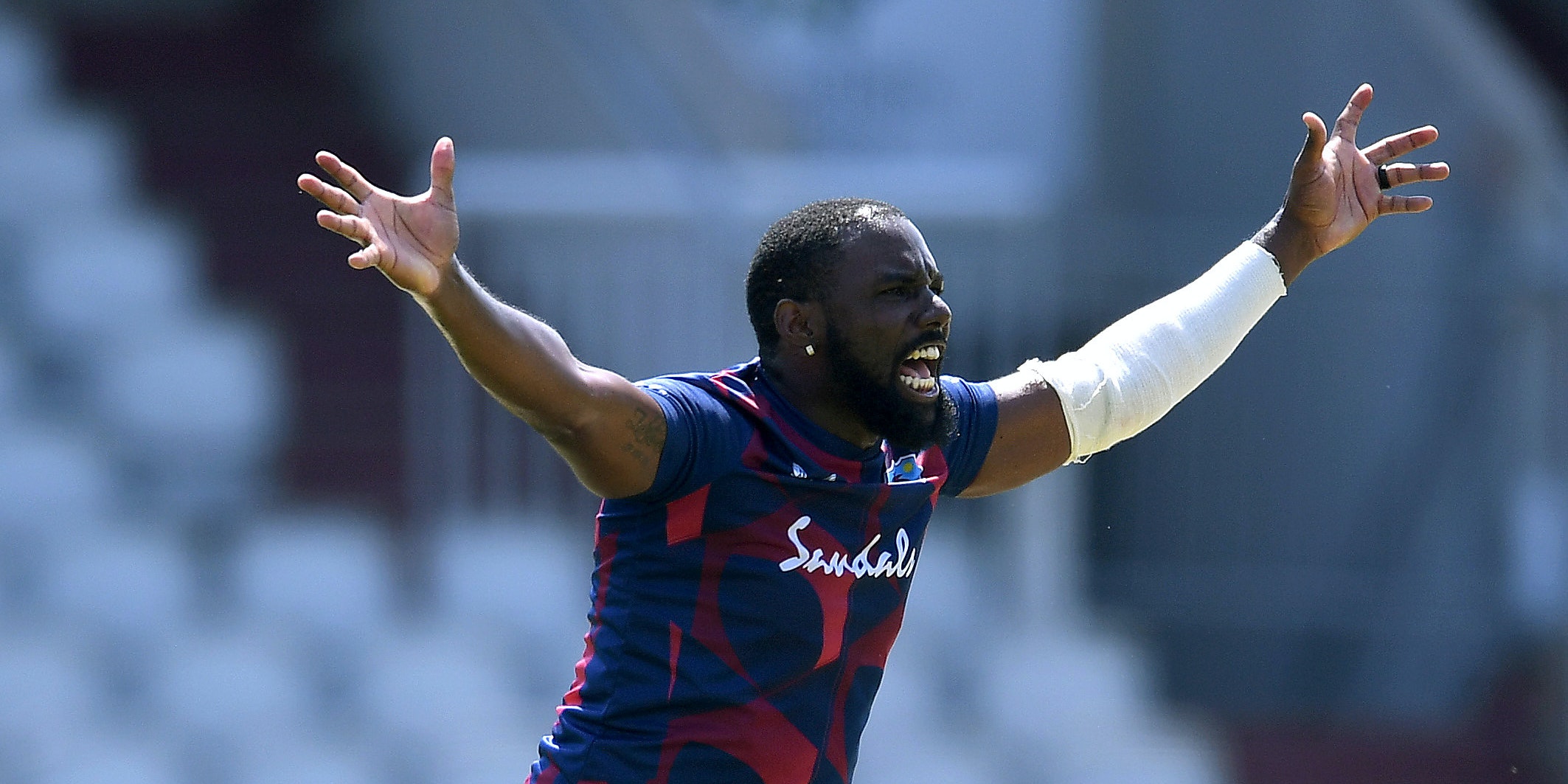 Left-armer Raymon Reifer seized his chance to impress with five wickets in the space of 11 balls on day two of the West Indies’ intra-squad match at Emirates Old Trafford.

The all-rounder produced an inspired spell in the afternoon session as Kraigg Brathwaite’s XI took a dominant position over the side led by Test captain Jason Holder.

Holder’s team were set fair on 95 for two when Reifer ripped their middle order out in quick time, leaving them 111 for seven and, eventually, 193 all out.

That had stretched to 181 at stumps, opener John Campbell making up for his day-one duck with an attacking 49 in a score of 99 for three.

It was Reifer who gained most from the outing, though, making up for his lack of express pace by zeroing in on the perfect length and using his angles well.

Three of his victims nicked to slip or gully – Bonner, Da Silva and Moseley all feeling for contact in the channel – while Cornwall hacked unimpressively to mid-on to seal the five-for.

But in terms of advancing his outside chance of an appearance in the series opener against England on July 8, the most notable scalp would have been Holder, pinned lbw for a golden duck.

The Bajan commands huge respect among his squad and is increasingly one of the most respected voices in the global game but that did not stop the fielding side whooping in the loudest celebration of the day as he was given first ball.

Holder also declined to bowl himself for the second day in a row, inviting further questions over the niggling ankle injury he has been working his way back from.

Reifer finished with five for 60 as Kyle Mayers added a bright 45 to bring the arrears into double figures. He was last man out to Marquino Mindley, who also dismissed Kemar Roach.

Mindley had earlier uprooted Jermaine Blackwood’s middle stump as he auditioned unsuccessfully as a top-order rival for Campbell. Blackwood is one of the players in the official 14-man squad – with Shannon Gabriel set to be added – while the remainder of the 25-man party are listed as reserves.

It was two of those standbys who did the bulk of the scoring for Holder’s team, Moseley eking out 40 and Sunil Ambris riding his luck on his way to an unconvincing 52.

Campbell and Blackwood returned to the crease for the evening session and raced to their 50 stand in just 7.4 overs. There were a few thick edges but also plenty of clean hits and good running, with Gabriel taking the brunt of the pain with 38 off his first four overs.

Campbell was not always secure, and was dropped at mid-off on 29, but moved within a single of his half-century before Alzarri Joseph set him up lbw.

Joseph bowled a wonderful spell late on, winning another lbw when he went full and straight to Shai Hope, who was dropped on nought and gone for two.