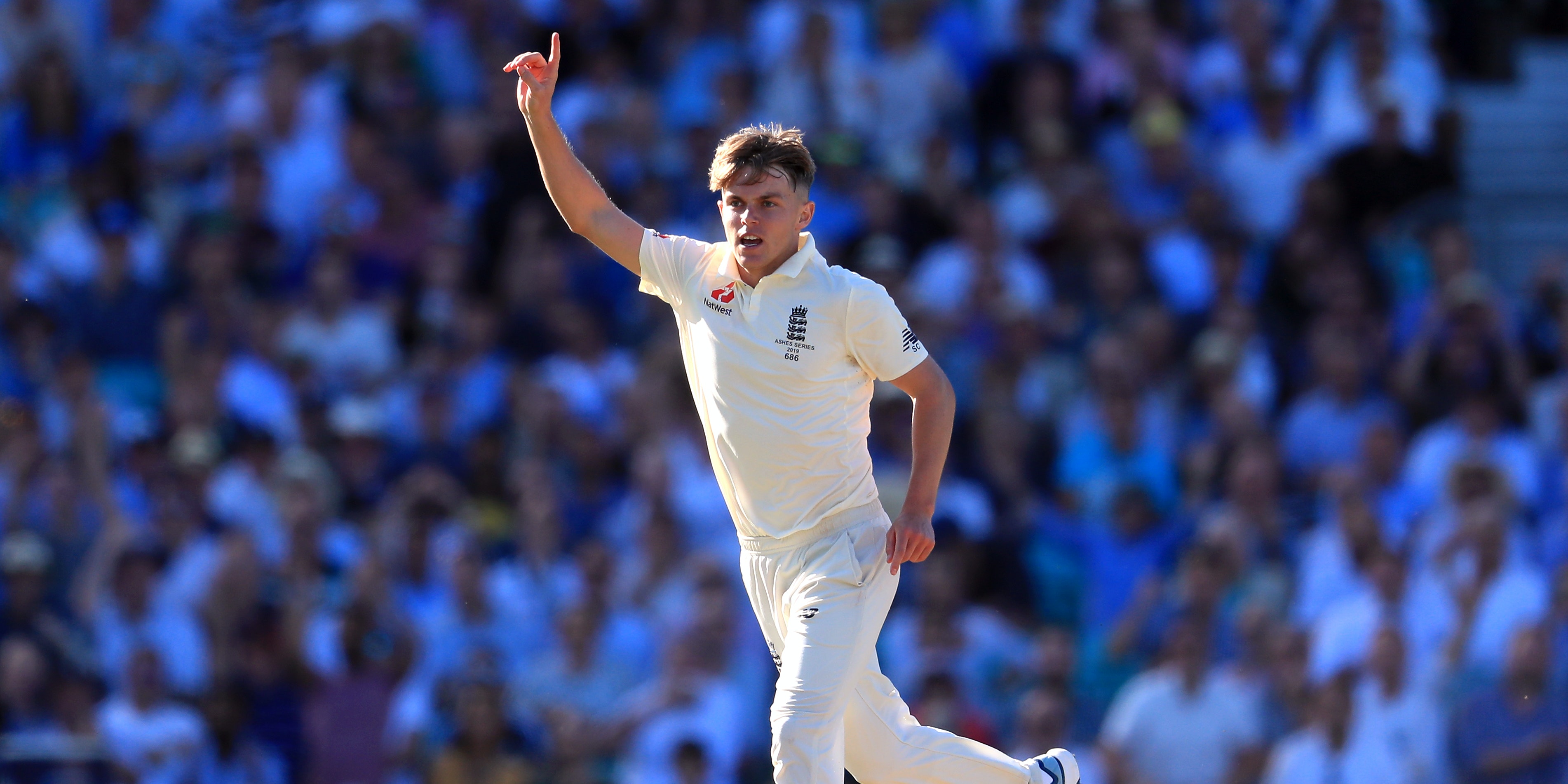 England’s final preparations for the long-awaited return of Test cricket were boosted by relieving news off the field as Sam Curran tested negative for Covid-19.

The Surrey all-rounder had been self-isolating at the Ageas Bowl’s on-site hotel after feeling unwell overnight on Wednesday and received the all-clear midway through the third and final day of the intra-squad clash.

While his results shut down any difficult questions over the much-vaunted ‘bio-secure’ bubble, it also allowed attention to return to the middle, where Ben Stokes’ team were 35 for nought at tea following Jos Buttler’s second declaration of the match 254 ahead.

There were handy runs for Ollie Pope, who raced along to an unbeaten 55 in 66 balls and a useful stay at the top of the order for Rory Burns in his first match for six months.

The fit-again opener is likely to regain his Test place at the top of the order when the #raisethebat series against the West Indies gets under way on Wednesday and by lingering more than 90 minutes for his 35, he gained valuable match practice.

Joe Denly did not help his own cause, lbw to his second ball from Jack Leach, but the belated arrival of a potential batting rival suggested he is in line to hold his spot. Dan Lawrence, fresh from his exciting 58 in the first innings, was shunted down to number seven and holed out for six chasing quick runs.

Dom Bess also saw his position as the man in possession of the spinner’s shirt underlined despite five wickets falling to other contenders. Leach finished with three for 82, going at six-an-over and benefiting from a couple of late slogs, while Moeen was even costlier despite taking two wickets in a six-over cameo.

The day began with Mark Wood taking on the role of the absent Barmy Army, waving a flag on top of the pavilion as he sang his team-mates to the field with a burst of ‘Jerusalem’. That proved a rare break to the silence England have found so unusual this week, with some suggestion that artificial noise could be piped into the venue for the Test match.

Resuming 54 ahead of Stokes’ side, Team Buttler’s opening pair of Burns and James Bracey put on care-free stand of 61 in the morning.

While the latter remains a considerable outside bet to start the series his first-innings 85, still the top score of the match, means he will leave the game with his reputation considerably enhanced.

He was first out for 22, top-edging Stokes to fine leg, before Leach trapped new man Denly clean in front for one. That was a rare victory for Leach, who was short of his best in the first innings and found himself taken for five more sixes as the batsmen turned on the aggression.

Moeen was also expensive but had the satisfaction of bowling Burns on the back foot before lunch. Runs flowed in the afternoon, Pope scoring with consummate freedom as he shared 50-run stands with Buttler (35) and Chris Woakes (37), who were both caught in the deep.

Lawrence’s demise for six, after the slightest of chances to impress, brought them in at 200 for six.

Jonny Bairstow, promoted to open, joined Dom Sibley as the pair negotiated 10 overs before the break.