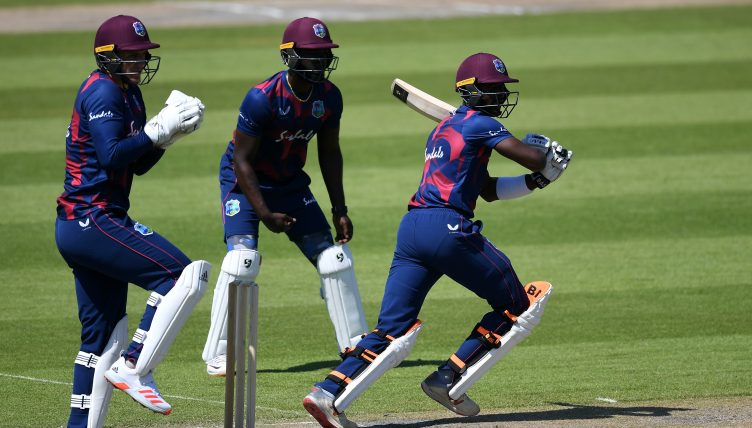 The duo shared an unbroken stand of 131 before lunch on day three as Kraigg Brathwaite’s XI extended their lead over Test skipper Jason Holder’s side to 313.

The batting side resumed on 99 for three and, following Roston Chase’s early dismissal, progressed to 231 for four.

Shannon Gabriel struck early, pinning Chase in front for four and celebrating lavishly after being on the receiving end of a volley of boundaries in his new-ball spell on Wednesday.

The Trinidadian proceeded to pepper Dowrich with bouncers, leading to an incident which was indicative of just how competitive this intra-squad game has been.

Dowrich gloved a short one in the direction of the slips and began to walk off as Kyle Mayers took a simple catch. Dowrich appeared to miss the no-ball signal and, as he wandered out of his ground, saw Mayers hurl down the stumps.

His opportunistic run-out attempt did not persuade the umpires, who ruled the ball dead. Brooks had a life on five, when he was put down one-handed at mid-off off Alzarri Joseph but the runs started to flow in sweltering conditions.

Brooks crawled to his first eight runs but then scored at better than a run-a-ball until the interval, to pause on 66 not out. Dowrich was unbeaten on 56 having warmed to the introduction of spin, scoring a handful of boundaries off Rahkeem Cornwall and Jomel Warrican, including six down the ground off the latter,