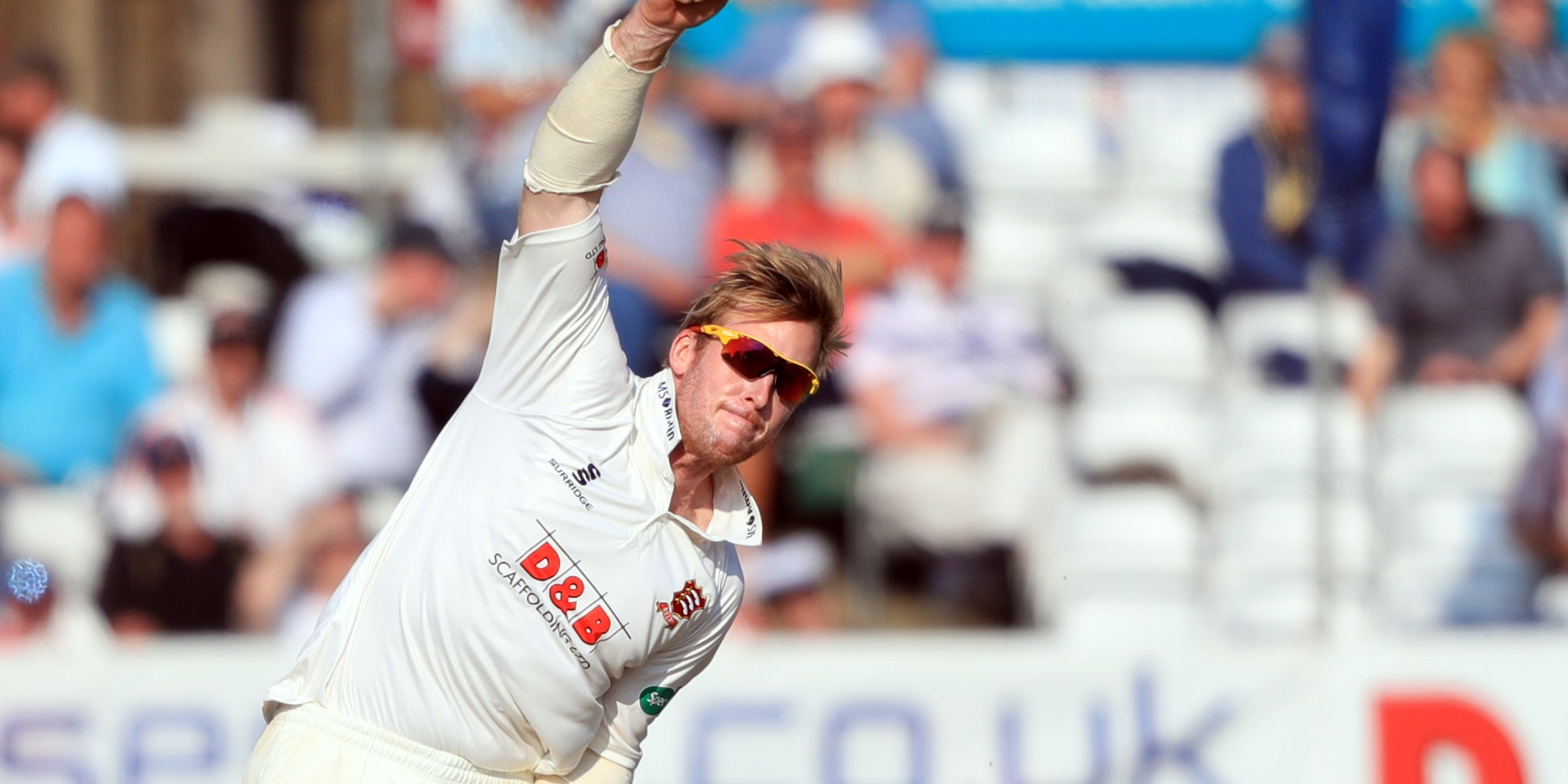 Simon Harmer claimed 14 wickets in the match as Essex recorded a 169-run victory over Surrey in the Bob Willis Trophy.

The off-spinner had taken six for 67 in the first innings, before exceeding his own feat in the second, taking eight for 64.

Harmer had been on course for a 10-wicket haul, which would have been the first in county cricket since 2007, but Aaron Beard took two late wickets.

Surrey required 310 to win on the final day, but never looked like getting close to that target with Jamie Smith’s 45 the best effort.

In the northern group, Yorkshire made it back-to-back victories when they beat Nottinghamshire by 90 runs at Trent Bridge.

Nottinghamshire were set a target of 188 to win, but were dismissed for just 97 in 29.2 overs, with Ben Duckett’s 19 as the top score of the innings.

Jordan Thompson and Duanne Olivier took three wickets each as the White Rose took victory on the fourth day.

Hampshire’s Joe Weatherley hit an unbeaten half-century to steer his side to a narrow three-wicket victory against Middlesex.

Weatherley had struck 98 in the first innings, and shared an eighth-wicket stand of 53 with Keith Barker, who scored an unbeaten 28 to see his side over the line.

Tim Murtagh and Thilan Walallawita were the pick of the bowlers with three wickets each, but could not guide their side to a positive result.

Glamorgan captain Chris Cooke starred with the gloves and bat as his side hung on for a draw against Worcestershire.

Cooke equalled the county record for the most dismissals in a game, before hitting 74 after Glamorgan had lost three early wickets chasing 358 from 51 overs.

Ryan Higgins took three wickets in an over as Gloucestershire clinched a 78-run victory over Warwickshire at Bristol.

Higgins claimed wickets with the first, third and sixth deliveries of his second over with the new ball to reduce Warwickshire to four for three, chasing 239.

The visitors could not recover and were dismissed for 160. Higgins finished with career-best figures of seven for 72.