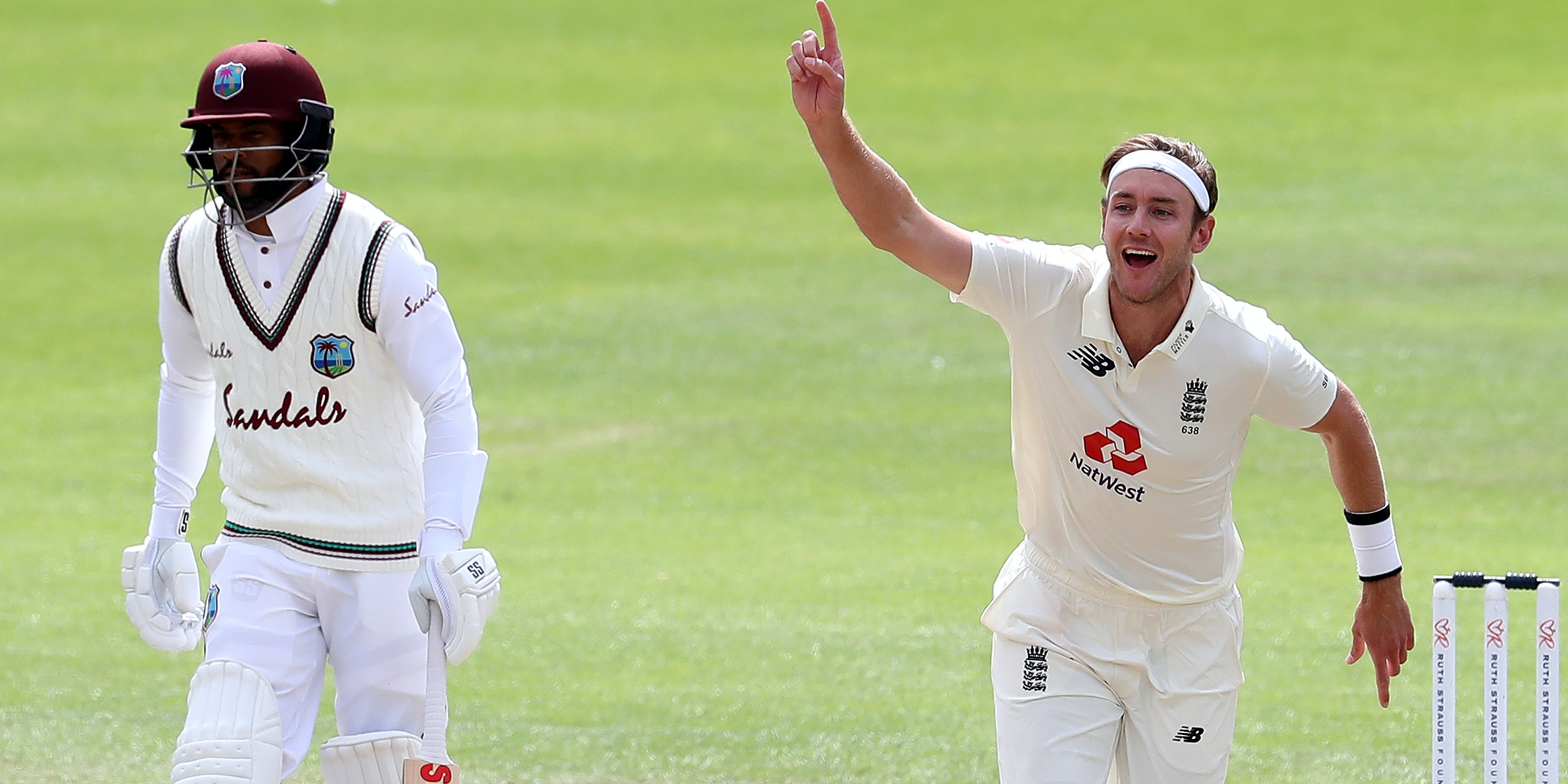 Stuart Broad is certain he has the form, fitness and hunger to continue bowling England to victory for years to come after celebrating his 500th Test wicket in the series win over the West Indies.

Broad made no secret of his disappointment at being omitted from a home Test for the first in eight years when he failed to make the first XI of the summer at the Ageas Bowl, returning in style with a pair of outstanding performances at Emirates Old Trafford.

Coming back into the side 1-0 behind, he claimed 16 wickets at 10.93, delivering some of the most consistently challenging spells of his 13-year career and inspiring Joe Root’s side to a 2-1 turnaround.

The highlight was joining the illustrious 500 club – an elite band containing just seven members and four seamers – in the midst of his first 10-wicket match since 2013.

At 34, Broad’s numbers are getting better and better and he insists he has everything else he needs to keep it that way.

“A couple of weeks ago I was in a bit of a thinking place – I couldn’t leave a cricket ground where I’d been left out of the team. I thought ‘where am I going here?’. But I’m glad I stayed strong because I’m very happy two weeks later,” he said.

“You always hear ex-sportsmen saying they knew when it was time to go, that they’d lost that feeling. Well, I’ve still got it in abundance. I’m someone who looks pretty short term but at the moment I feel fresh, I feel fit and it was pretty special to reach 500.

“I’m not particularly a goal setter, so it’s not as though I sit here and say ‘I want 600 wickets’. But if I keep bowling the way I am for the next few years then I wouldn’t rule anything out.”

For touring captain Jason Holder there was frustration at allowing the Wisden Trophy slip away from a position of strength, but also the relief of heading home after two months locked down behind closed doors in Manchester and Southampton.

Having led his side to one of the nations worst affected by coronavirus and accepted strict health and safety measures as part of the deal, he helped English cricket save a fortune in broadcasting money.

Now it is was his turn to ask for assistance.

“We only really make money from playing England and India. All the other series we host are either breaking even or, more often than not, making a massive loss for the organisation,” he said.

“I don’t know what is going to happen to the international schedule after this, but if there is an opportunity for England to come over to the Caribbean before the end of the year I’m sure that would help us significantly with our financial records.

“It’s been a tough couple of years for West Indies cricket financially and, more or less, we have had to take a pay cut as well due to the difficult circumstances. So a tour, hopefully before the end of 2020 if it is possible, would put us in good stead and maybe keep us afloat.”