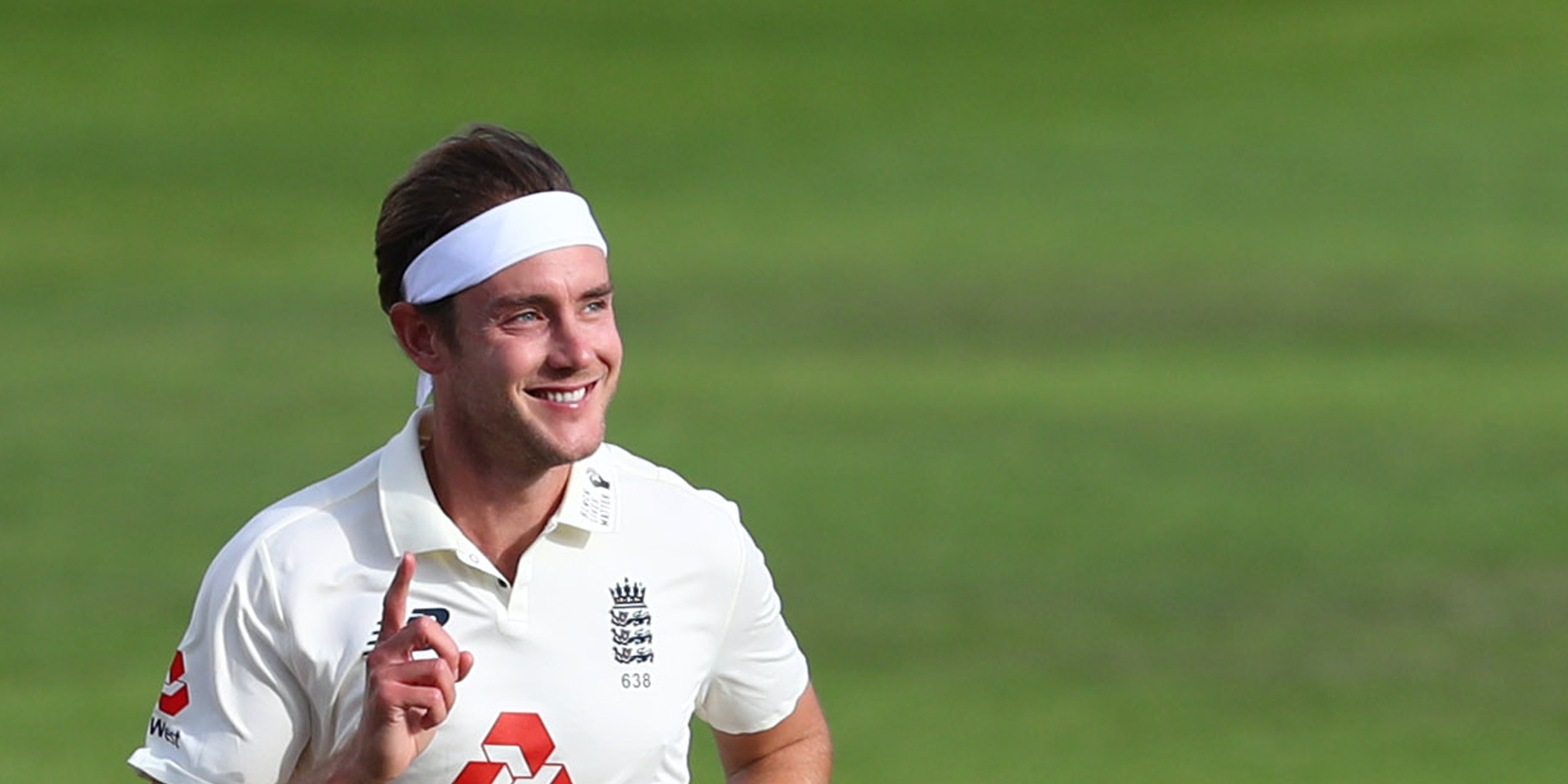 Broad hounded the tourists out for 197 in the morning, taking all four remaining wickets to complete a superb haul of six for 31 and returned to take another two, ramming home his side’s advantage and moving to 499 scalps.

Just six other bowlers in history have reached that milestone, including Broad’s long-time partner James Anderson, and when he does get over the line he can lay fair claim to a place among the greats.

In between his two bursts England made 226 for two declared, Rory Burns helping himself to 90 while Dom Sibley and Joe Root topped up their accounts with half-centuries.

With the West Indies 10 for two chasing 399 England would typically expect to coast to victory, and Broad to be celebrating his milestone at some point on Monday morning, but the situation in Manchester is complicated by a worrying weather forecast on day four.

With that in mind the hosts may have been keen to enforce the follow-on, but they lost that chance in the first 45 minutes of play after Broad’s introduction to the attack was delayed.

All eyes were on the 33 runs needed to make England bat again and they arrived in short order, Jason Holder and Shane Dowrich milking 37 off eight overs as Jofra Archer and Chris Woakes failed to justify Root’s decision to keep Broad and Anderson waiting.

As soon as Broad did get his chance he changed the landscape instantly, taking all four remaining wickets for 14 in an immaculate four-over spell. Holder and Rahkeem Cornwall fell in entirely familiar fashion, beaten off the pitch, rapped on the pads and given lbw.

Having established the method on the second evening, Broad had no reason to abandon it now. Kemar Roach followed, nicking to slip off a good length as Broad completed a double-wicket maiden and a five-for.

He has now done so 18 times, overtaking Fred Trueman, Derek Underwood and Graeme Swann to go fourth among Englishman. Shane Dowrich was next, the latest victim of Broad’s unerring examination but not the last.

Sibley and Burns added 10 to England’s tally in a 20-minute burst before lunch, then batted through a soporific afternoon session as they added another 76.

Quick runs would have been desirable but neither opener found it easy to ramp up their natural tempo as Holder attempted to stifle the scoring with spin.

Burns almost departed for 12, skipping down the pitch at Roston Chase and offering a stumping chance. Joshua Da Silva was keeping wicket as a substitute fielder, Dowrich having been hit in the face by a 90mph offering from Shannon Gabriel, but his hopes of announcing himself on the international stage disappeared when his legs buckled.

The evening session saw England consciously up the ante. There was a flurry of landmarks to tick off – a first century opening stand in home conditions for four years, followed by both batsmen reaching 50.

Sibley was first across the line but Burns took 10 fewer balls, getting there in 111. The Warwickshire man was unable to go on, lbw to Holder for 56 immediately after surviving a very close shout, but Burns located another gear. Having scored 38 from his first 100 balls, he added another 52 in 63 balls in the evening.

He grew in confidence against Cornwall and Chase, sweeping with authority and using his feet well to open up gaps in the field. By the time he took 10 in an over off Cornwall, including an improvised reverse sweep, he was well in charge.

He would have been lbw for 75 had the all-rounder reviewed an appeal, but with Jason Holder off the field nursing an injury the not out verdict went unchallenged.

Root was batting without a care at the other end, crashing the ball around at will but the possibility of a declaration and the possible tension with a Burns century started to cloud matters. Root was spared a tough call when Burns top-edged Chase behind.

That left six overs to cash in on the opposition’s fading morale and Broad continued his sparkling form by pocketing another two batsmen.

John Campbell became number 498 when he pushed the seamer’s third ball to first slip and nightwatchman Roach made himself 499 with a feather through to Jos Buttler.