Stuart Broad considered retiring after being dropped by England 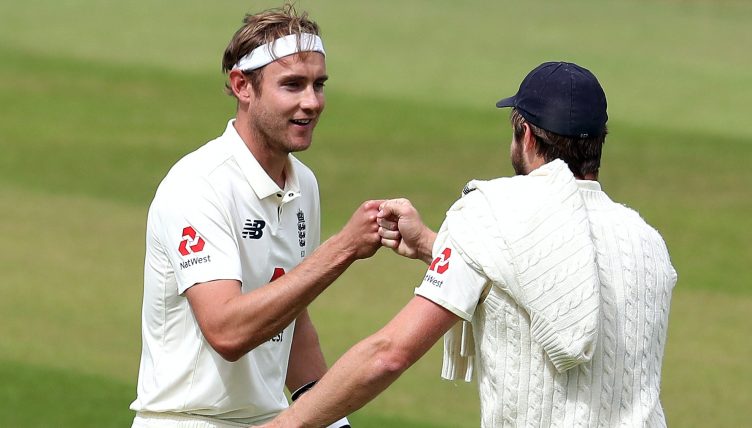 Stuart Broad has revealed he was “so down” after being dropped for the first Test match against West Indies that he considered retiring.

Broad, 34, who claims he is bowling as well as ever and has never been fitter, returned to the side for the second and third Tests and played a key role as England hit back to win the series 2-1.

“Were there thoughts of retirement going round my head? One hundred per cent. Because I was so down,” he told the Mail on Sunday.

“I was expecting to play, which is always a bit of a dangerous thing in sport but I felt I deserved to play.

Broad explained that the coronavirus restrictions placed on all the players during the Test series did not help as he tried to come to terms with being dropped for the first Test in Southampton.

“I have not really told anyone this but I was so down that week of the first Test,” he said. “I was really low. I was stuck in that hotel. I couldn’t go anywhere.

” I wasn’t playing, I was staying in a single room. I didn’t sleep for two days. I was nowhere. A different decision could definitely have been made with my emotions of how I was feeling.”

Broad said his family had played a crucial role in helping him through the period, as had England skipper Ben Stokes.

“Stokesy was brilliant,” Broad added. “Stokesy knocked on my door on the Thursday night and stayed in the corridor to talk to me. He said: ‘This isn’t about cricket, but how are you, mate?’ That was very impressive for him to do.

“In this modern world, sometimes face-to-face comfort can get lost. I have always had a huge amount of respect for Stokes and I will be friends with him for life, but what he did almost added to that.”

The 34-year-old, who became the seventh player in history to take 500 Test wickets in the third Test, insists he is a better player now than he was 10 years ago and that age should be no barrier.

“I have seen a lot of numbers over the past week since I took my 500th wicket. The last 18 months, I have been averaging 20.5 per wicket in Test cricket.

“Take age out of that. If anyone were doing that at any age, you would want to keep them around the team for a bit and not look past it.”