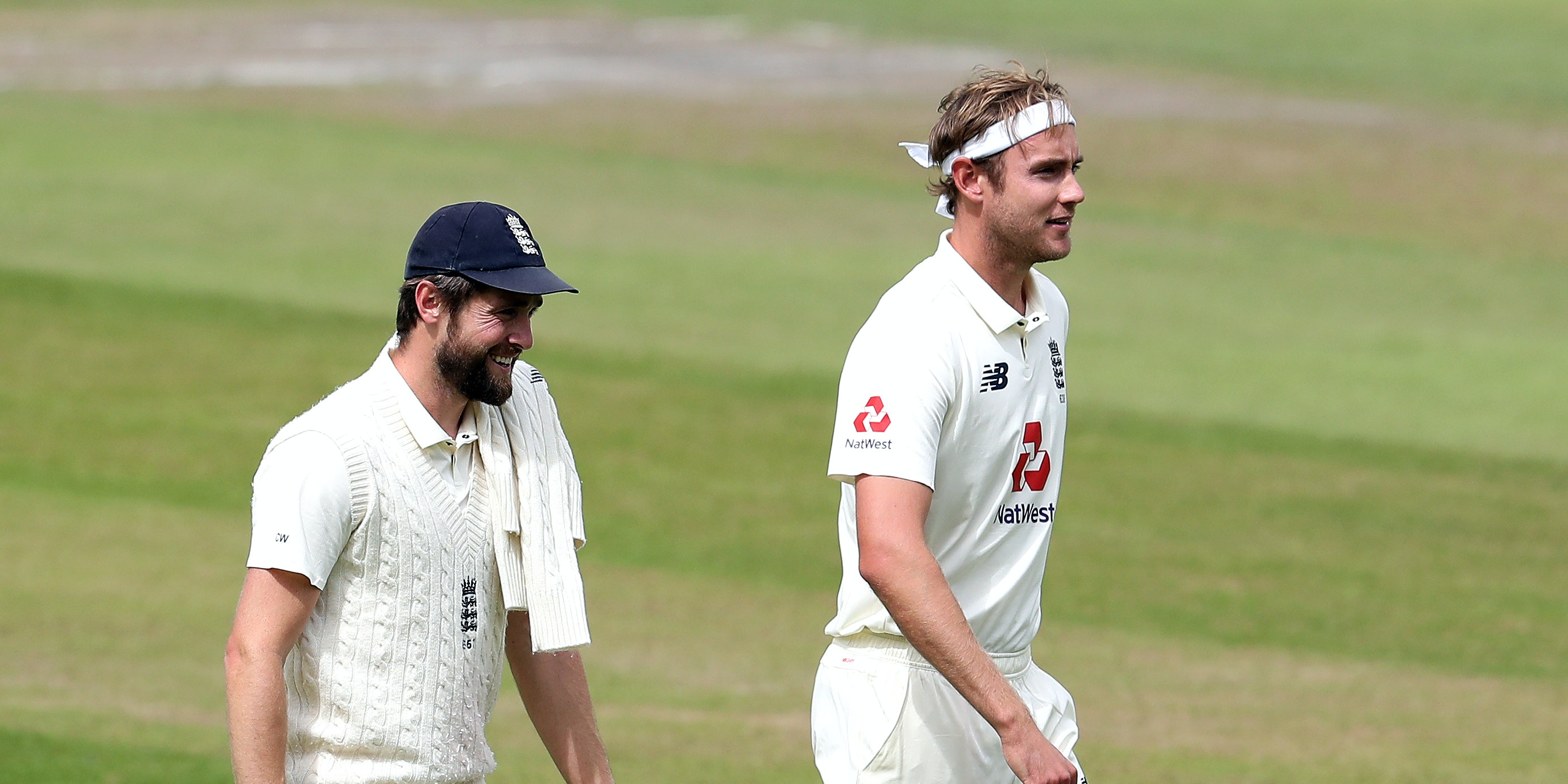 Stuart Broad has no intention of walking off into the sunset any time soon, insisting his 500th Test wicket may not be the last historic landmark he reaches in an England shirt.

Broad started the month “frustrated, gutted and angry” after being overlooked for the first match of the summer against the West Indies but ends it riding higher than ever as player of the series in his side’s 2-1 win.

In helping England to victory in the last two Tests he has scooped 16 wickets at 10.93, become just the seventh member in one of the most exclusive clubs in cricket and forced a 269-run victory with just the third 10-wicket match of his career.

Throw in a sparkling 62 on day of the decider and Broad has clearly had the time of his life since putting the earlier dent to his ego aside.

It is far from unusual to wonder how much more a 34-year-old fast bowler has to offer, not least one with 140 Tests on the clock across 13 years on the circuit, but Broad need only look across the dressing room for inspiration.

James Anderson is almost four years older and still going strong on 589 scalps, with no sign that either man is slowing down.

“A couple of weeks ago I was in a bit of a thinking place – I couldn’t leave a cricket ground where I’d been left out. I thought, ‘where am I going here?’. But I’m glad I stayed strong because I’m very happy two weeks later. To get to 500 is a special feeling,” he said.

“You always hear ex-sportsmen saying they knew when it was time to go, they lost that feeling. Well, I’ve still got it in abundance. I’m someone who looks pretty short-term but at the moment I feel fresh, I feel fit.

“Jimmy is my idol on that. He turns 38 soon and he’s someone who I have watched very closely, a great friend of mine for many years. Over the last few years, he has maintained himself and kept upskilling himself to be able to not only compete but get better at this level.

“If you look at both of our records over the last few years, we are actually improving. Compare my last 18 months to my career record and it’s way better which is always a great sign.”

All of a sudden nothing seems impossible for the rejuvenated Broad – going past Courtney Walsh on 519? Glenn McGrath on 563? One day surpassing even Anderson’s final tally?

“I’ve never even thought about that. I’m not particularly a goal-setter, so it’s not as though I sit here and say, ‘I want 600 wickets’,” he said.

“If you’d asked me four years ago, ‘at 34 do you think you could play another three or four years?’ I’d have said absolutely not. Now I am 34 I feel fit, post-lockdown my fitness testing was the best it’s ever been and I feel excited to be playing around this group.

“If I keep bowling the way I am for the next few years then I wouldn’t rule anything out.”

While Broad is happy to keep adding to his proud record as long as his form and fitness allows, he accepts the chances of him being the last bowler to to hit 500 is very real given the structural changes to the sport.

“It’s a great question. Someone is going to have to play a lot of cricket because there is a lot of competition out there, between different T20 leagues franchises, 100-ball cricket… I think there’s talk of thinning the amount of Tests we play in a summer down.

“You need a lot of Test matches to get 500 wickets. I think there’ll be people who have the talent to get the numbers but whether they’ll be able to play the amount of Test cricket the seam bowlers have done to get that feat remains to be seen.”

Broad’s achievement slightly overshadowed a wonderful spell from Chris Woakes, who claimed five for 50 to hasten the West Indies’ demise in Manchester, but it did not escape Broad’s attention.

Asked if he had commandeered the match-ball as a memento, he added: “I want Wiz (Woakes) to have it. He has bowled beautifully all series.

“Everyone is delighted for him, He is bowling as well as he ever has done and the game repaid him.”