Stuart Broad: I don’t think there’s any point to prove 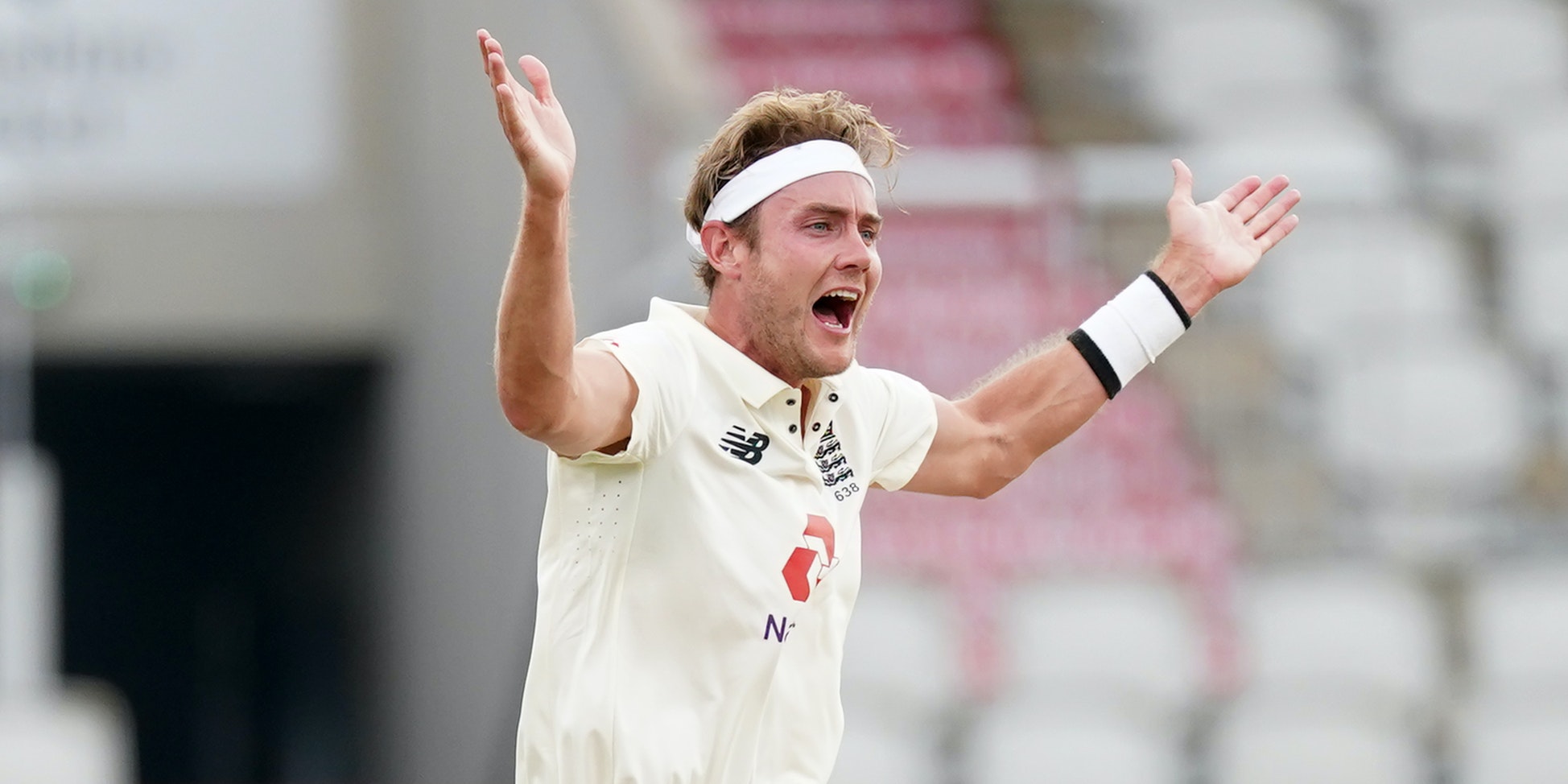 Stuart Broad is hungry to lead England’s pursuit of a series-levelling victory over the West Indies after proving he is still more than capable of backing up big words with big performances.

Broad generated a slew of headlines after he was left out of last week’s defeat in Southampton, describing his frustration and anger at being sidelined, and ended that television interview with another observation.

“When I get that opportunity again you can bet that I will be on the money,” he said at the time.

For two sessions on day four of the second Test at Emirates Old Trafford it seemed the 34-year-old had over-promised, wicketless for 19 overs as the West Indies went a long way towards their target of avoiding the follow-on.

But Broad electrified the game with a stunning new-ball spell after tea, claiming three wickets for one run in 14 deliveries to energise the hosts.

The Windies did force England to bat again but the hosts will start day five 219 ahead on 37 for two, eyeing quick runs before turning the job back over to the bowling attack.

And Broad will not need asking twice to play his part.

“I haven’t felt like I wanted to prove a point. I don’t think there’s any point to prove,” he said after stumps.

“I genuinely didn’t feel like I had to prove anyone wrong. I’ve done all that talking on the field, but I felt quietly – or maybe not that quietly – that when I got the chance again I needed to be in the best place to perform.

“I bet everybody thought walking into tea it was a bore draw, this game was going nowhere…then something sparked into life after tea. I really enjoyed that spell, that’s where I’m at my best, when it’s time to make something happen and there’s encouragement from the pitch.

“It would have been great to enforce the follow-on and we probably left ourselves too much to do but we certainly made that second new ball talk and that’s encouragement for us. It really makes us want two new balls if we possibly can. If we get 85 overs at them, that would be dream world really.”

There is a job ahead of Ben Stokes and Joe Root first of all. The job of swiftly bolstering the total against the likes of Kemar Roach and Shannon Gabriel is easier said than done, as Jos Buttler found to his cost when he perished for a duck atop a hastily revamped batting card.

Broad, though, was already plotting what promises to be an enthralling fourth innings.

“I think we want a minimum of 270, that will end up a brilliant game,” he forecast.

“We should be able to defend 270 on this pitch but they are dangerous players. We want to make this series 1-1 as quick as we can and with the time that has gone out of the game because of weather, we might have to take a risk.

“It’s going to be a great Test match. I think we will dangle a carrot and all results will be possible, but we’ll have to bowl pretty badly to lose it.”