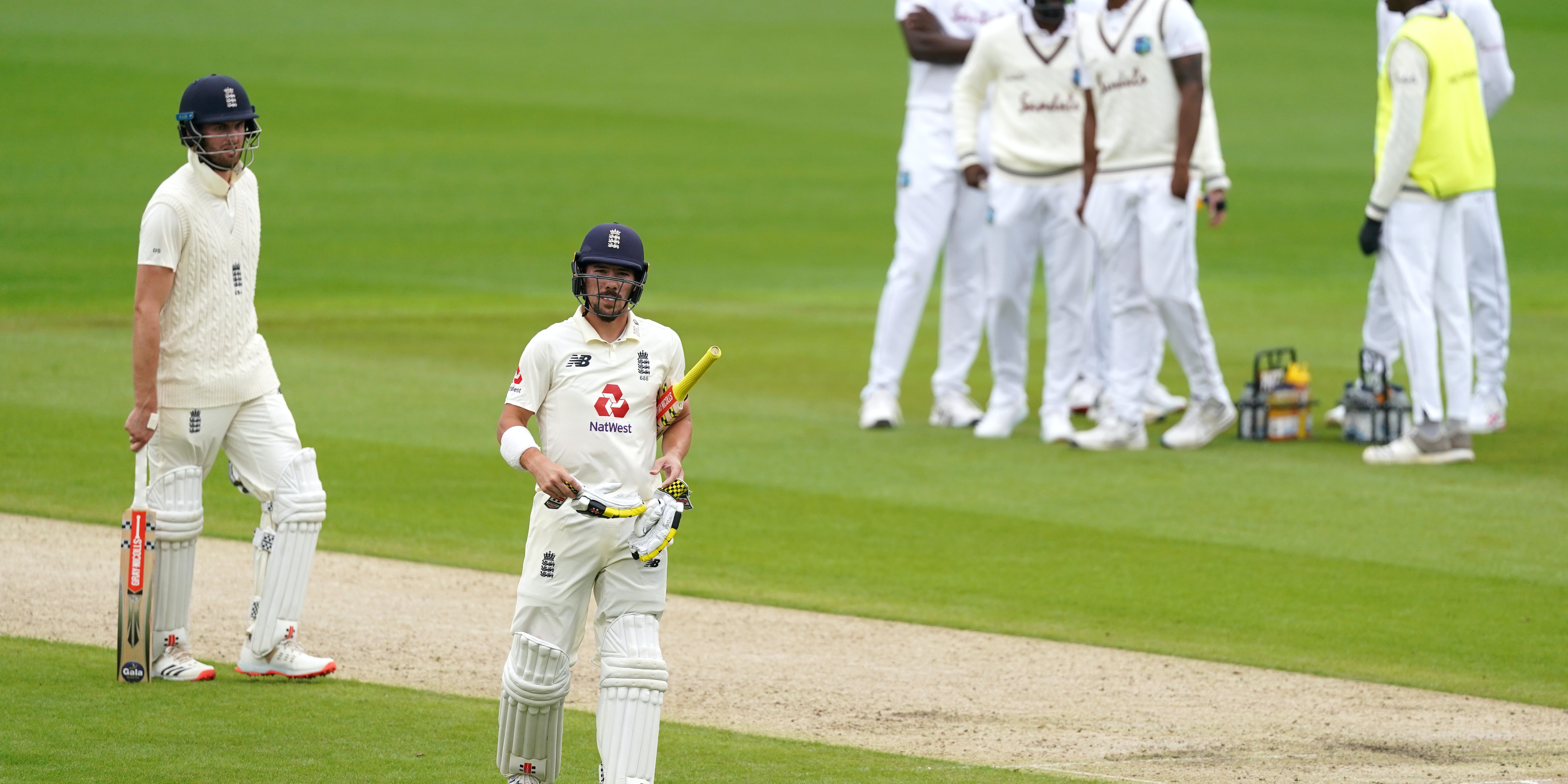 England opener Rory Burns fell in the final over of a truncated first session as the second Test against the West Indies got under way against the backdrop of a shocking lapse in judgement from Jofra Archer.

News that Archer had breached team rules designed to protect the ‘bio-secure’ bubble and would spend the next five days self-isolating in his hotel room, rather than taking the field, dominated the usually quiet hours before the toss and forced a late, unplanned change to the home XI.

Morning showers at Emirates Old Trafford gave the debate over Archer’s unauthorised trip to Brighton another 90 minutes to breathe but play eventually got under way at 12.30pm, with Jason Holder sending England in after winning the toss.

As on the first morning of the series opener at the Ageas Bowl the match began with a show of solidarity for the Black Lives Matter movement, with all 13 players on the pitch as well as both umpires taking a knee, the tourists once again added to the scene by wearing black gloves on their right hands and raising their clenched fists to the sky.

With dark clouds overhead and the floodlights in use from the start it looked a tricky period for batting but Burns and Dom Sibley batted steadily for almost hour before the latter’s dismissal at 29 for one.

With an over to go before the break, Holder threw the ball to his spin bowling all-rounder, Roston Chase, who hit the jackpot with his second ball.

It was an innocuous delivery, doing nothing more dramatic than going straight on with the arm, but Burns allowed it to crash into his front pad was plumb lbw for 15. He called for DRS in a forlorn hope of over-turning but saw his fate confirmed on the big screen.

Burns took 21 balls to get off the mark with a single and later added the only boundary of the morning when Jason Holder drifted on to his pads. Sibley played with minimal risk, with a solitary lbw shout from Roach his moment of minor concern as he made eight from 45 balls.