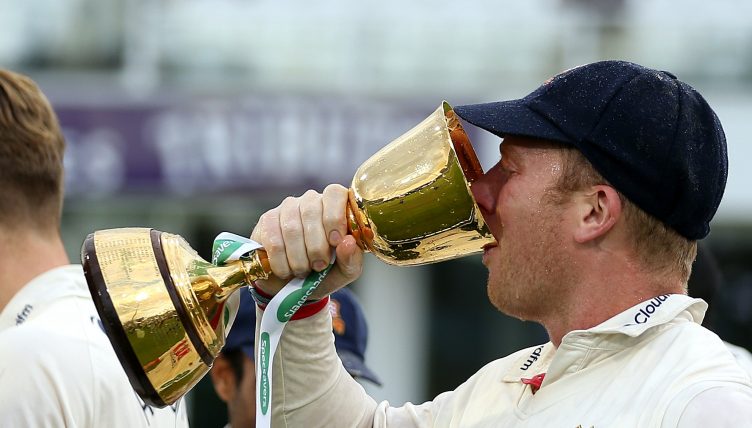 The England and Wales Cricket Board has approved an increase in overseas players in domestic cricket from next year and will now allow two per side in four-day and 50-over cricket.

Teams are currently allowed to field only one imported player, though foreign-born players with British passports and those on Kolpak registrations have not counted towards the allocation.

The effects of Brexit mean Kolpak deals will be terminated at the end of the postponed 2020 campaign meaning those players – as well as those who have had deals cancelled this summer due to the coronavirus pandemic – will now have a greater chance to earning deals.

The move was recommended by the performance cricket committee, chaired by Sir Andrew Strauss.

A statement from the ECB, whose formal terminology deems overseas professionals as ‘unqualified’, said: “First-Class Counties will be permitted to field a total of two unqualified cricketers in the same match in the County Championship and Royal London Cup from 2021.

“This represents an increase from the one unqualified cricketer that First-Class Counties are currently permitted to field in those two competitions.

“The Vitality Blast will remain unchanged, with First-Class Counties already permitted to field two Unqualified cricketers in the 20-over competition.”

The decision operates in direct contrast to a recent suggestion by former England captain Michael Vaughan, who advocated a temporary halt to all overseas deals in a bid to save the game money the aftermath of Covid-19.

Strauss, also a distinguished England skipper and more recently director of men’s cricket at the ECB, explained: “There is an important balance to be struck to ensure the need for good foreign players in county cricket and providing opportunity for nine England-qualified players in each county team.

“There are clearly long-established benefits for our domestic players to compete against and learn from the best players from across the world in addition to providing high-quality domestic cricket for county members and fans to enjoy.

“An increase in Unqualified cricketers allows First-Class Counties to maintain that standard while also enabling them to plan and prepare for next summer.”

Elsewhere, the ECB has reiterated its stance that recreational cricket is safe to play.

While tennis has been allowed to resume by the Government following the peak of the coronavirus pandemic, thousands of village cricketers are still inactive as they wait for the green light.

Prime Minister Boris Johnson has hinted that recreational cricket is not yet safe to be played due to issues surrounding communal teas and dressing rooms, but the governing body disputes that and says it has provided protocols on how the game can be restarted.

“The ECB believes that cricket is a non-contact sport, with very low risks of exposure, and that it can be played as safely as many other activities being currently permitted,” it said in a statement.

“The detailed submission we have shared with the Department For Digital, Culture, Media and Sport includes advice on how we can stage cricket safely and mitigate all potential risks.

Johnson had previously described the cricket ball as a “vector of disease” but said the dangers were more widespread.

“There are reasons. These debates have gone round and round,” he said on LBC Radio.

“There are various other considerations. The longer answer, which I think probably (chief medical officer) Chris Whitty would give if he were here about cricket, the risk is not so much the ball, although that may be a factor.

“It’s the teas, it’s the changing rooms and so on and so forth. There are other factors involved that generate proximity which you might not get in a game of tennis.”