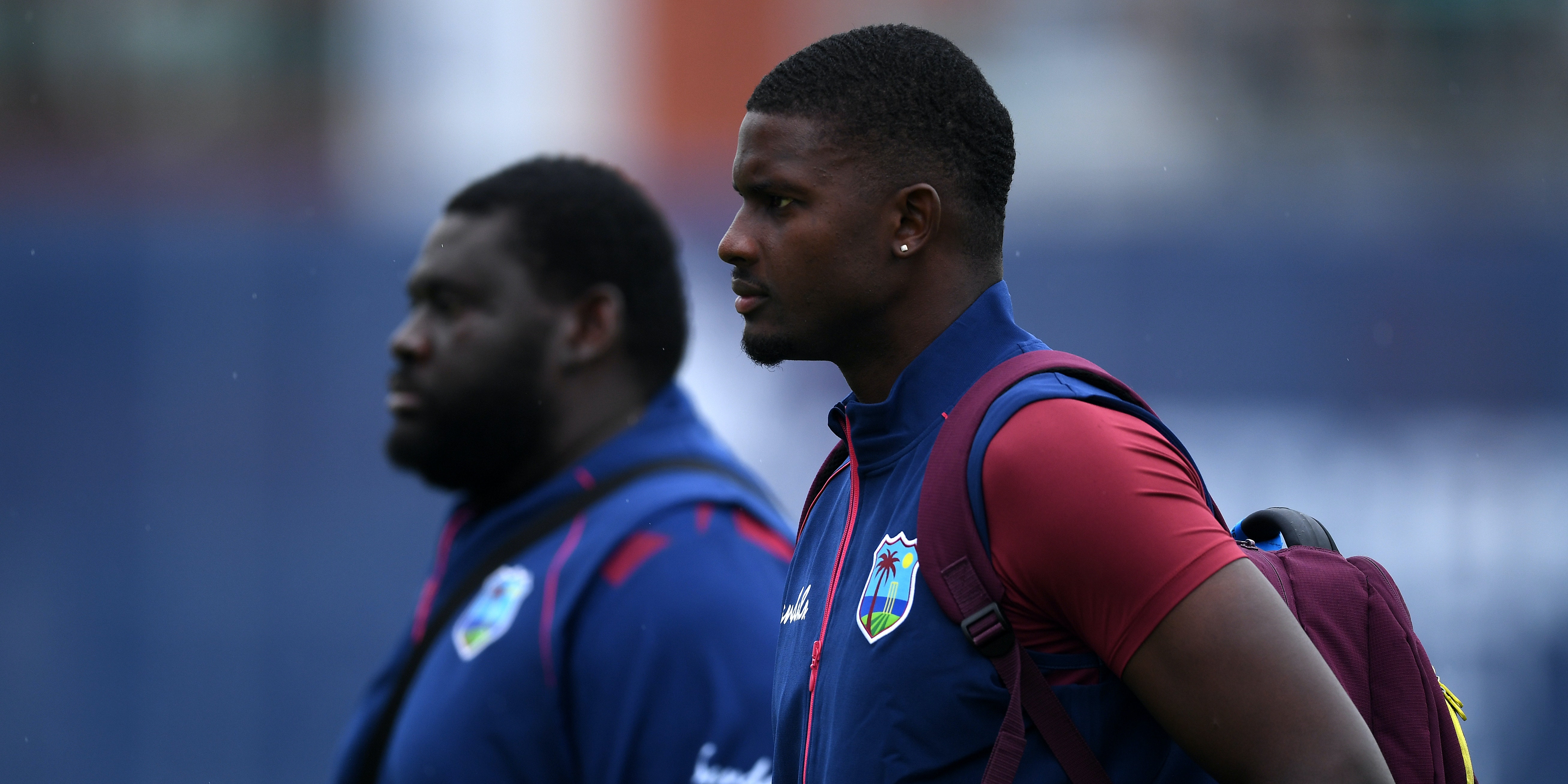 West Indies captain Jason Holder believes Rahkeem Cornwall is a better spinner than anyone in the England camp as the tourists ponder whether to bring the Antiguan into their XI for the deciding Test.

Cornwall took a 10-wicket match haul in just his second Test against Afghanistan last November, but the 6ft 6in off-spinner who weighs around 22 stone has so far been overlooked in the #raisethebat series.

The Windies have plumped for an all-pace attack supplemented by the occasional off-breaks of Roston Chase, but the workload of their fast bowlers has been called into question as they head into their third Test in three weeks.

Holder reported no fitness doubts but with the series locked at 1-1, the Windies may look to alter the balance of their bowling line-up in an attempt to boost their hopes of a first Test series win in England in 32 years.

There is little doubting how highly Cornwall’s all-round package is rated by Holder, who would place his team-mate ahead of England and Somerset duo Dom Bess and Jack Leach as the best slow bowler on either side.

“If he does come in he is a wicket-taker and he has proven himself to be a match winner, not only at the regional level but in his last Test match when he got 10 wickets,” Holder said.

“I think he is a quality off-spinner and no doubt to me he would be the best spinner on show in this series.

“He is always a wicket taking option for us. But not only that he brings a bit more with slip catching and batting as well – he can bat – and he brings a lot of control with his art.”

Holder was typically tight-lipped about who will take to the field on Friday morning, waiting to see the state of the Emirates Old Trafford pitch.

However, he confirmed there have been no additions to the 15-man squad, meaning Joshua Da Silva stays in the reserves despite amassing 189 runs across two unbeaten innings in the second internal warm-up a few weeks ago.

That means Shai Hope is likely to be retained despite his recent lean trot extending into this series. In his most recent 10 Test innings he has not reached 30 – a run which stretches back to February last year.

Hope’s twin hundreds at Headingley on the Windies’ last visit to England three years ago remain the only two occasions he has gone past three figures in Tests although he averages in excess of 50 in one-day internationals.

And Holder backed the under-pressure batsman to deliver, saying: “I’m 100 per cent behind Shai, we all know what Shai can produce.

“He’s done it before at this level in Test cricket, he’s arguably one of the best one-day batsmen in the world and we know the calibre of player he can be, so I’ve got full confidence in Shai to get some runs.

“He’s got starts so far in this series so he’s not far off from converting the start into something really special for us, so he’s got my full support.”

Despite losing at Manchester by 113 runs earlier this week, Holder insists his squad remain upbeat.

He added: “The spirits in the dressing room are still very, very high. We still have a really good opportunity to win this series and everybody’s upbeat for the occasion because we know what’s at stake.”