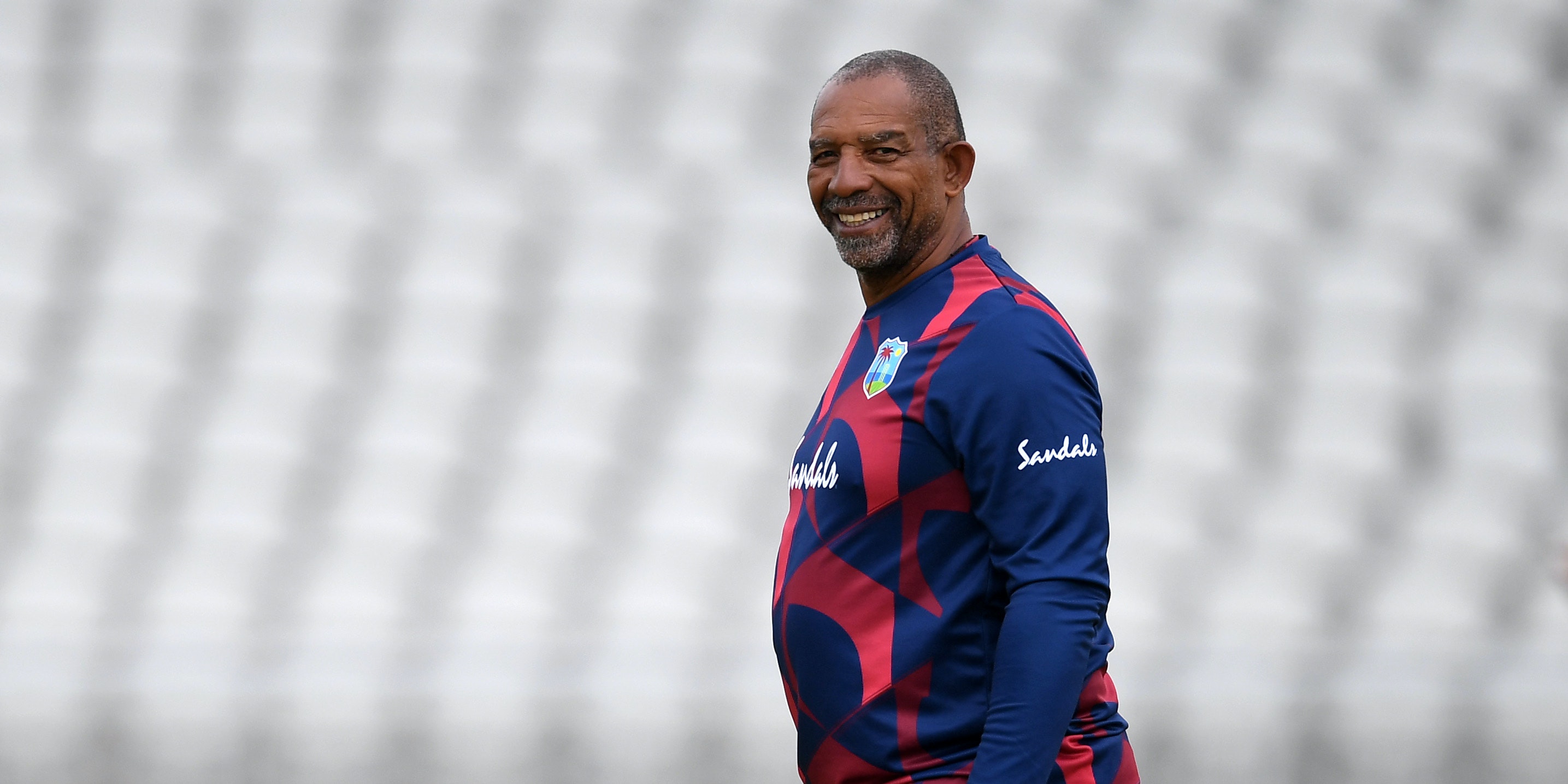 Phil Simmons has been assured his job as West Indies head coach is under no threat after the Barbados Cricket Association president called on the Trinidadian to be sacked for attending his father-in-law’s funeral.

Simmons is currently in a period of self-isolation at the team’s on-site hotel at Old Trafford after asking for and being given a short period of compassionate leave, a request granted before the Windies departed for the UK.

He left the Windies bubble temporarily for the funeral which was held in the UK, returning last Friday, and has twice tested negative for coronavirus. He will rejoin the squad if his latest test on Wednesday is also negative.

However, Conde Riley sent an email to Cricket West Indies president Ricky Skerritt and, according to ESPNCricinfo, called the process “inconsiderate and reckless” as he called for Simmons’ dismissal.

Skerritt admitted his frustration with the letter reaching the public domain as he called on Riley, who is also on the board of directors with CWI, to withdraw his complaint in which he claimed Simmons could have “endangered the lives” of the rest of the touring party.

Skerritt said on a Zoom conference call: “It was a shock. My only response was to ask him to withdraw the letter. It was an unnecessary and hasty burst of emotion. I’m stunned that the letter reached the public.

“Conde is a tremendous custodian of the game of cricket in Barbados. He gets my respect and I probably tolerate stuff like this more than I would with others. I think quietly at the right time we’ll make up.

“(But) I want to assure West Indies cricket fans that Phil Simmons still has the full backing of Cricket West Indies no matter what has been said.

“When all is said and done, Phil’s job is not in any way threatened by that letter. He went through a very vigorous recruitment process nine months ago and was the best man we could have found for the job. He’s still the best man.”

Simmons, in his second stint as Windies coach after being appointed last October, believes Riley’s letter will make the group stronger ahead of the #raisethebat Test series against England, which gets under way next Wednesday.

Simmons said: “This has not been an easy time for my family. My wife was very close to her father and his passing has hurt us. There was no question of me not going to the funeral.

“My wife, my daughters and my son needed that support. Family is a huge thing or me.

“It won’t disrupt us, it will just make us a little stronger going into the Test series. Our focus is still on the series.”

Windies captain Jason Holder had no issues with Simmons’ brief absence from the camp, praising the England and Wales Cricket Board for facilitating the process.

Holder told the PA news agency: “These provisions were made before we got here in England.

“All of these protocols and procedures were okayed by the ECB and they were very, very good in assisting Phil to attend the funeral of his father-in-law and come back to the camp.

“Phil has done what was asked of him and I don’t have any issue with it.”