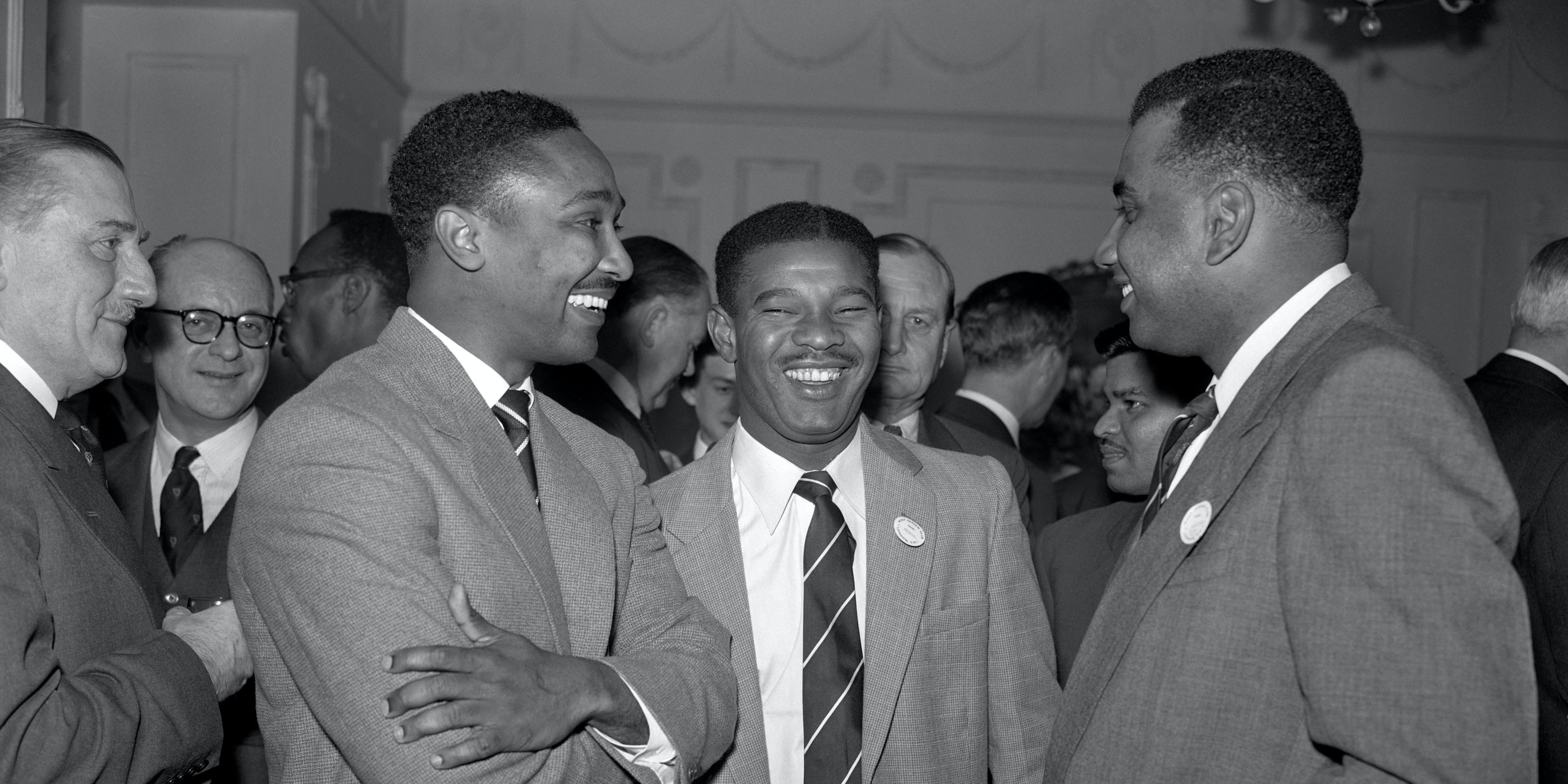 West Indian cricket is mourning one of its favourite sons after the death of the great Sir Everton Weekes at 95.

The Bajan batsman was feted as one of ‘the three Ws’ alongside Sir Clyde Walcott and Sir Frank Worrell, with the trio representing one the game’s most formidable batting units for more than a decade after each made their Test debuts weeks apart in 1948.

Weekes continues to hold the record for consecutive Test centuries, making five in a row in his first year of international cricket – four against India and one against Sir Gubby Allen’s England. His famous streak might have been extended to six had he not been run out somewhat controversially for 90 in Madras.

Worrell and Walcott, who died in 1967 and 2006 respectively, are both buried at the 3Ws Stadium just outside Bridgetown and a plot has long been left vacant for their long-time team-mate should his family choose to accept it.

Weekes was awarded his knighthood in 1995, following his two friends in earning the honour, and the Caribbean’s four-day tournament is played for the Headley/Weekes Trophy – honouring him alongisde another master batsman, George Headley.

Among his four children one, David Murray, followed his lead by turning our for the West Indies and earned 19 Test caps as a wicketkeeper between 1978 and 1982.

Announcing the news, Cricket West Indies tweeted: “Our hearts are heavy as we mourn the loss of an icon. A legend, our hero, Sir Everton Weekes.

“Our condolences go out to his family, friends and many fans around the world. May he rest in peace.”

CWI president Rickie Skerritt was effusive in his memories, adding: “I want to pay tribute to Sir Everton’s amazing legacy as both a great cricketer and a great human being.

“He was the last of the famous ‘Three Ws’ to pass to the great beyond. I had a personal relationship with Sir Everton, I had the opportunity last year to go to visit him at his home in Barbados when he had come out of hospital after he had had a very serious illness.

“We had a chance to chat about his career. He was a most amazing man and just one of the most humble and decent and wonderful people you could ever meet.”

The West Indian Players’ Association added its voice to chorus of condolence, tweeting: “We salute a great West Indies icon; Sir Everton made an invaluable contribution to the sport, his country and the region, we were blessed to have him among us, may his soul rest in peace.”

England, who are currently playing host to the West Indies Test squad, posted: “A true great of the game. Our thoughts and condolences go out to Sir Everton Weekes’ family and friends.”

Weekes was taken ill after a heart attack last June but rallied to celebrate his 95th birthday in February.

Speaking from his home at the time, Weekes said: “I want to thank Cricket West Indies and the people in cricket for their kind words and well-wishes. I played my cricket for the people and it is very good to know they respected me. I hope I made people happy with the way I played.”