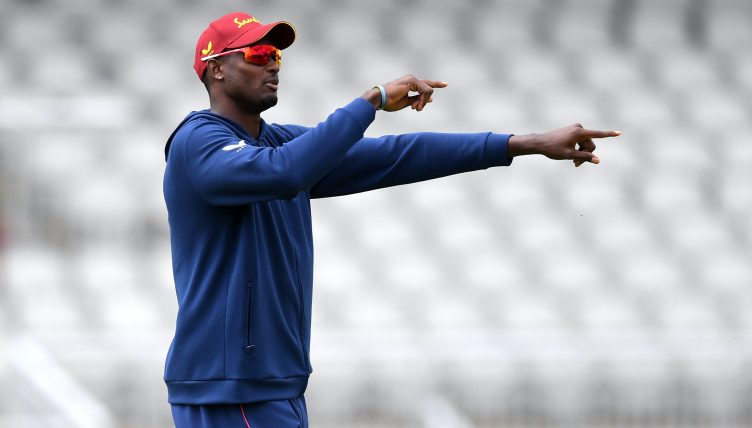 West Indies head coach Phil Simmons insists there is nothing to worry about after captain Jason Holder played a peripheral part in his side’s first warm-up match ahead of the Test series against England.

Holder captained one team in a drawn intra-squad match against Kraigg Brathwaite’s XI but did little more than stand at slip for the majority of game.

He declined to bowl himself despite his side spending time in the field on each of the three days and, when he did make his way into the middle on Wednesday, he was dismissed lbw by Raymon Reifer for a golden duck.

Holder did not promote himself to enjoy a second innings as the game meandered to an inevitable draw, Brathwaite’s side declaring 313 ahead and Holder’s men finishing 149 for three.

After a highly competitive first two days gave way to a softer battle on Thursday things should tick up a notch next week when a second internal match is likely to be awarded first-class status.

And Holder is expected to play a much bigger part.

“Jason has had a slight niggle on his ankle and that is what has held him back from bowling, but that was always the plan for this match,” Simmons told the PA news agency.

“He will be back to bowling in the four-day game and should be bowling his full quota. As for the batting, if you get one ball and you’re out, that’s all you can do.”

Dowrich left the field during the afternoon session after hurting his side, leaving Brooks and Shai Hope to split the glovework before the early conclusion.

“Shane is fine. I’ll need to see the doctor to see exactly what is wrong but he seems to be doing fine,” added Simmons.

Simmons confirmed that all of the squad’s latest batch of Covid-19 tests had come back negative, meaning both they and England have the all-clear at present.

While nobody will have definitively secured or surrendered their place in the Test side yet, the lively performance of Shannon Gabriel furthered his prospects of moving from the standby list to the first XI.

The Trinidadian paceman, who has had ankle problems, bowled on all three days, found good pace and took four wickets.

“He looks ready, that was evident here,” said Simmons.

“When you see how he bowled in the first innings, then again yesterday and even more so this morning you could see he’s close to 100 per cent. Now we want to get him up to 100 just before the Test match.”