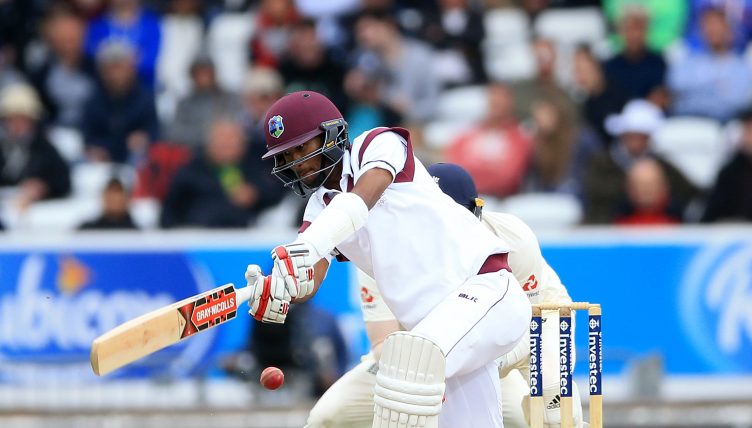 Competitive cricket made a welcome return at Emirates Old Trafford as the touring West Indies squad ramped up preparations for next month’s Test series against England with an entertaining first day of intra-squad rivalry.

The coronavirus crisis has led to a three-month shutdown of the global game and no top level matches since the Pakistan Super League was suspended in mid-March, with the international calendar moving one step closer to resuming behind closed doors in Manchester.

This three-day outing will not go down as a first-class encounter – with the tourists naming all 25 players across the two sides and wearing coloured training kits, shorts and hoodies rather than pristine whites – but the quality of the contest made it a worthy occasion.

The team captained by Kraigg Brathwaite made 275 against opposition led by Test skipper Jason Holder, whose side finished things in rapid fashion at the close with five wickets in 31 balls.

Brathwaite and Shai Hope did the bulk of the scoring, making 84 and 83 respectively, recalling their shared triumph in the famous chase at Headingley three years ago.

Both have been light on runs recently but settled to their task well, Brathwaite typically dogged and careful, while Hope found his flourish following a slow start. Despite an encouraging start, the online betting everywhere with Paddy Power are expecting an England win, with odds as high as 17/2 for the Windies to beat the odds.

Just as important was the sight of Shannon Gabriel charging in on his way to figures of three for 32.

The Trinidadian is still officially listed among 11 reserves for the three-match series due to a recent ankle injury, but he looked well on the way to full health as he picked off John Campbell, Shamarh Brooks and Shane Dowrich.

Alzarri Joseph also caught the eye, finishing with four for 60 as he wrapped up the tail.

Gabriel was easily the most voluble player on show, routinely barracking the batsmen in a good natured fashion and at one stage bellowing “Jesus Chris boy, you are dishonest!” after an unsuccessful caught behind shout against Brathwaite.

The verbals were all good-natured, proven by Gabriel’s broad grin, but there was no suggestion of friendly fire from his bowling, nor that of Kemar Roach and Joseph.

They enjoyed much the better of the opening session, during which Brathwaite led his side to a watchful 54 for two as Gabriel took both wickets.

Campbell was first to go, top-edging a pull to midwicket for an inauspicious 16-ball duck, before Brooks nicked to Joshua Da Silva.

The afternoon session belonged to the batsmen, Brathwaite and Hope sharing a century stand as things fell flat in the field.

Brathwaite defended and drove well, while Hope showcased a fluent style after finally getting off the mark from his 23rd delivery.

They were finally parted by Roach, quietly effective throughout, as he took out Brathwaite’s off stump before tea.

From 176 for three at the start of the last session, the batting side were rounded up efficiently in the evening.

Hope was the key wicket, sixth man down nicking Joseph behind. That was the start of a decisive spell for the seamer, who had Raymon Reifer and Anderson Phillip caught in the slips and finished off the day by skittling Chemar Holder first ball.

Rahkeem Cornwall and Preston McSween each contributed a wicket but Holder, nursing a minor ankle niggle, did not bowl.