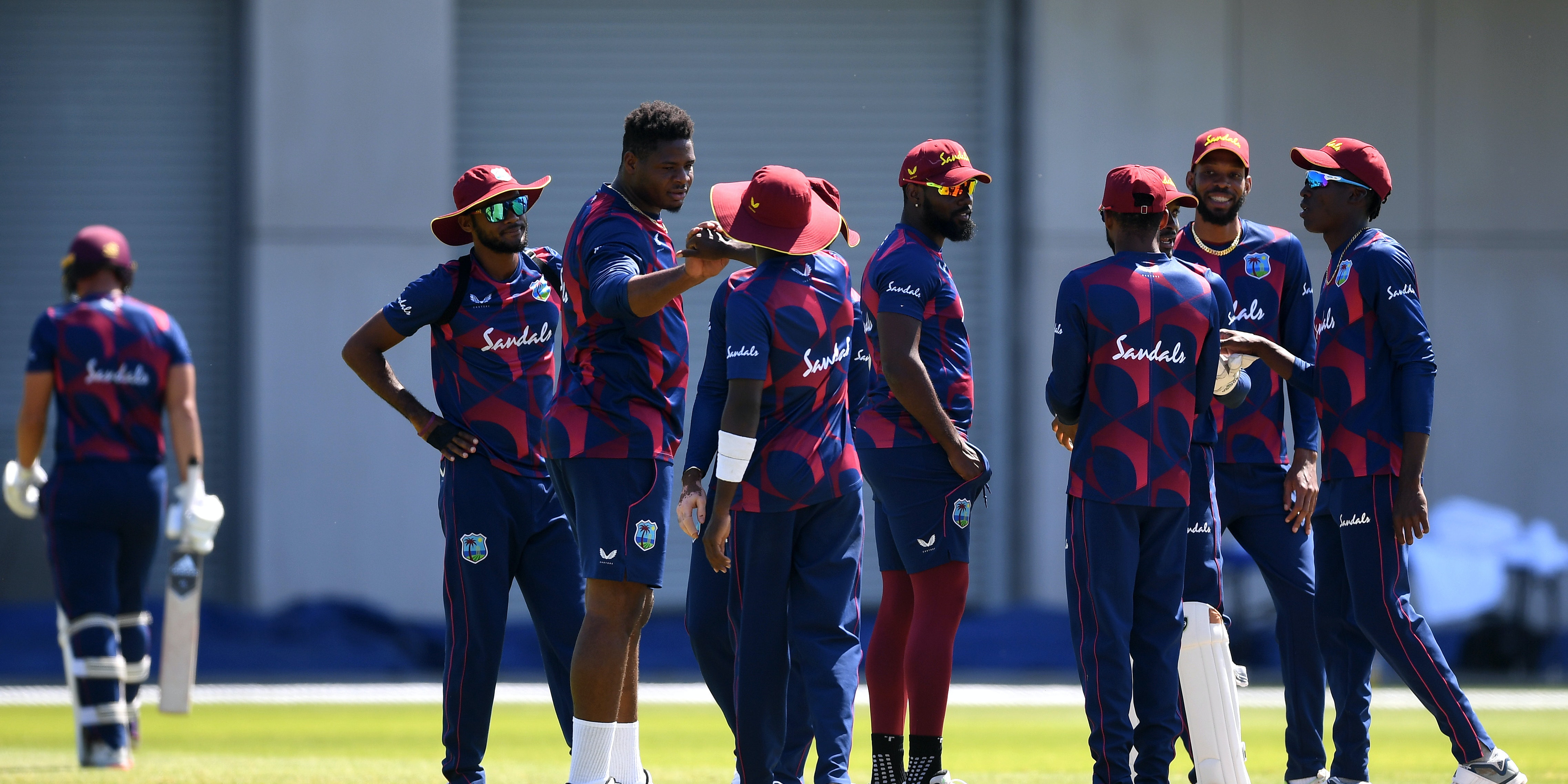 Holder, who has been working back from an ankle niggle, declined to bowl himself once again despite taking the field in the morning session and did not bat in his team’s second innings.

That means the all-rounder’s time in the middle has been restricted to a golden duck on Wednesday afternoon, though word from the West Indies camp is that he has done enough in training to suggest a more active role awaits in next week’s four-day clash.

There was also a moment of concern for wicketkeeper Dowrich, who injured his side midway through the final day and was not seen again. He received treatment back in the dressing room, with Brooks and Shai Hope each taking a turn with the gloves, but there is no concern about a serious problem.

The match itself – the first top level cricket anywhere in the world since mid-March – moved gently towards its drawn conclusion, the intensity of the first two days dialled down as the prospect of a positive result receded.

Kraigg Brathwaite’s XI were able to declare 313 ahead at lunch, with a stand of 131 between Dowrich (56no) and Brooks (66no) leaving them in a strong position. Moseley managed to outscore both in the final innings, following his earlier score of 40 with a well constructed 83no, but he is listed among 11 reserves rather than in the 14-strong Test squad.

Brathwaite’s XI resumed on 99 for three and quickly lost Roston Chase lbw for four, Gabriel with his fourth scalp of the match, after which Dowrich and Brooks took over for the remainder of the session.

Brooks was dropped on five, a one-handed effort going down at mid-off, while Dowrich was also in single figures when he found himself in the midst of an opportunistic appeal. The wicketkeeper had gloved a Gabriel bouncer to third slip but seemingly missed a no-ball call – there were a sloppy 34 in the match – as he began walking away.

The catcher, Kyle Mayers, hurled down the stumps but the ensuing celebrations were quietened by the umpire’s dead-ball call.

The scoring was carefree thereafter, leading to the declaration on 231 for four. The fourth and final innings of the match was by a distance to gentlest, with Moseley taking advantage better than anyone.

Joshua Da Silva switched with Jermaine Blackwood to open the batting but nicked off for 14, while Sunil Ambris was cleaned up cheaply by Raymon Reifer as the left-armer followed up his day two five-for.

Blackwood played Keon Harding into his stumps but although Moseley was moving towards a century against some gentle spin bowling from Brathwaite and Chase, the decision was made to wrap things up at 5.30pm with the scoreboard reading 149 for three.