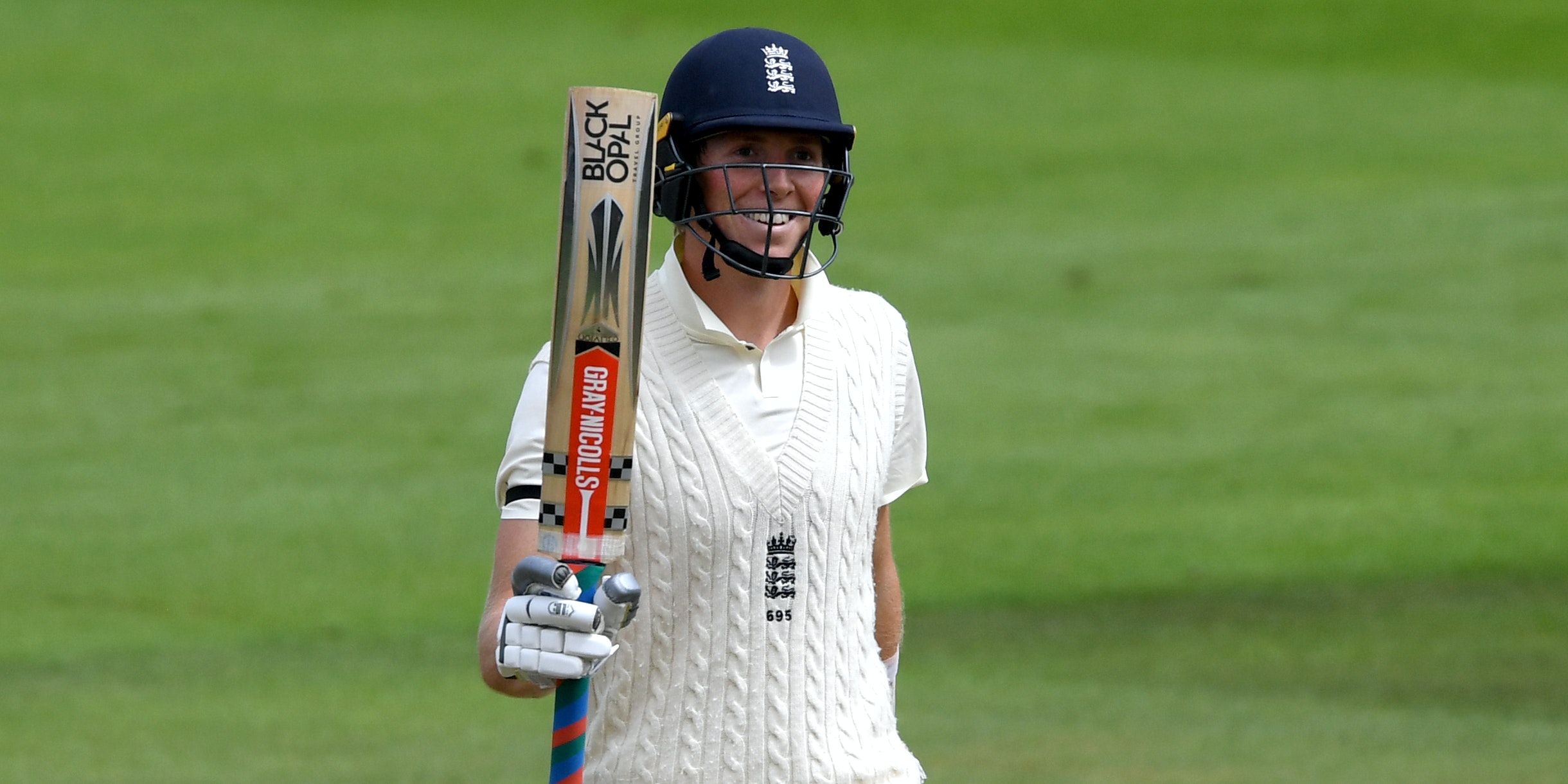 Zak Crawley reeled off an unbeaten half-century as England posted 91 for two on the first morning of the deciding third Test against Pakistan.

Crawley had helped himself to a low-key fifty as the previous match meandered to a draw but this was a much more important knock, getting the home side up and running after England captain Joe Root opted to bat first at the Ageas Bowl.

The Kent batsman, who might not have been in the side had the absent Ben Stokes been available, was unbeaten on 53 at lunch, batting with a breezy positivity that helped cover for the loss of both openers.

Crawley dominated a 61-run stand with Dom Sibley and reached the break alongside Root (10no).

England recalled Jofra Archer in place of Sam Curran, the only change in either team, but the paceman will have to wait for his chance to make an impact.

Instead it was the Pakistan seamers who got the first chance with the new ball, a profitable business so far this summer. In blustery conditions Rory Burns and Sibley enjoyed four safe overs before Shaheen Afridi produced a wonderful delivery to continue the former’s lean spell.

Following scores of four, 10 and nought Burns was gone for six, playing at one that pitched around middle stump and took the edge after nipping away off the pitch.

Crawley was next up and marked his arrival by pushing his first ball from Shaheen through square leg for four. That was the start of a busy spell of scoring from the 22-year-old, who put bat on ball with regularity and placed his shots well.

There were a couple of nice strokes from Naseem Shah, a flick down to fine leg then a strong pull, as he led a fifty stand with Sibley, who was going about his business in steadier fashion.

The Warwickshire man had been looking to use his feet to the spin of Yasir Shah, hoping to open up the leg side but eventually paying with his wicket as he looked to whip towards mid-wicket. He reviewed the lbw decision but Michael Gough’s judgement was typically sound.

Crawley’s rapid scoring was slowed as Naseem and Yasir tied things up nicely and after 16 balls on 49 it looked as though he would enter the break just short of his milestone. Instead he got there with the final ball of the session, driving stylishly to long-off.