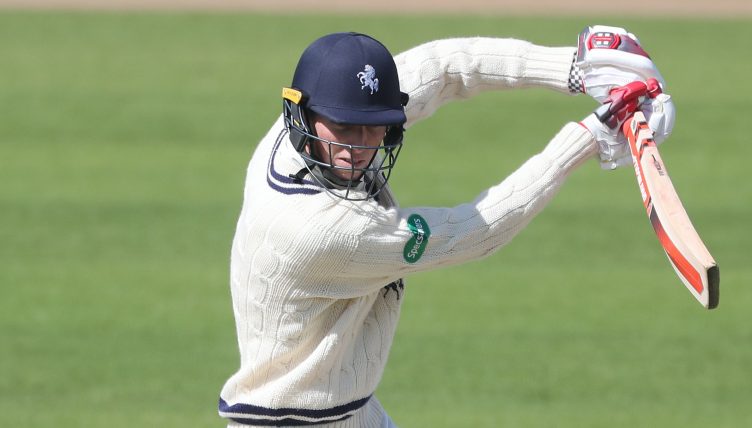 Zak Crawley is out to stake his claim for a spot in England’s top-three and thinks how he performs in the next week or two is likely to indicate whether he will take the field for next month’s first Test against the West Indies.

Rory Burns’ ankle injury paved the way for Crawley to open the batting with Dom Sibley in the last three Tests against South Africa last winter, and the 22-year-old bettered his previous best score in his first five innings.

But with Burns available again and poised to return to the top of the order, Crawley may have to move down to number three and oust Kent team-mate Joe Denly in order to retain his place at the Ageas Bowl on July 8.

Crawley is therefore taking the practice sessions which started on Thursday among England’s 29-man group very seriously, not just the intra-squad match from July 1-3 which will act as the final chance to earn a Test berth.

“Perhaps I haven’t quite completely proven myself yet, but hopefully with a couple of scores I can get to that point,” Crawley said, speaking over Zoom conference call from the group’s training base at the Ageas Bowl.

“But it was a great time to play and to win down in South Africa was the highlight of my career. I’ve loved the last six months enormously and hopefully, if I do get the chance, I can continue enjoying it.

“The way I see it, the selectors will pick the best three players in form from what they see in the next couple of weeks. Anywhere in the top three doesn’t faze me because I’ve done plenty of both.

“If I am in good nick in the next couple of weeks I will give myself a good chance. If I am in bad nick then I’ve got very little chance.

“I feel like the whole training period will be (a shootout). We’re definitely trying to show them what we have got in the next two weeks, I suppose the (intra-squad match) will be one example of that.”

While Crawley has steadily grown in stature in the international arena, Denly’s position is under scrutiny with a relatively modest average of exactly 30 from 14 Tests, crucially with no three-figure scores.

Asked how it feels to be competing with someone he regards as a close friend, Crawley responded: “It’s slightly odd, if I’m honest. I get on really well with Joe and I wish him every success.

“Ideally we’d both play, because we’ve played together for a long while. That said, he’s desperate to play for England, as am I, and we’ll still be good friends whatever happens.”

Crawley lives in a flat at Kent’s Canterbury ground so training, eating, resting and sleeping at Hampshire’s ‘bio-secure’ venue, as England will have to for the next three weeks, is not a dramatic upheaval.

He recognises others are not so lucky, saying: “I don’t have a young family which other people do have in the squad, which is maybe tough for them.

“For me, it’s just great to be back with the squad, training and playing again.”

Crawley revealed he has been tested twice for coronavirus and admitted he was comforted by Wednesday’s news that all those examined by the England and Wales Cricket Board over the past three weeks have recorded negative results.

He added: “You are never sure. People are walking around with no symptoms. It’s a big relief that we have all had negative tests.”

Jofra Archer will join England’s training group on Thursday and be available to practice from Friday after his latest Covid-19 test came back negative.