The Week in Cricket 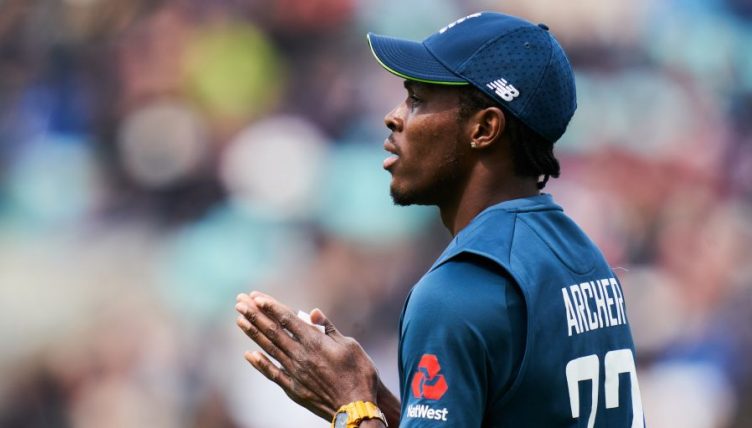 Old balls, please
While most attention is focused on the World Cup, England have already pulled off a tactical masterstroke ahead of the Ashes.

This week’s announcement that this summer’s Tests would be played with a fresh batch of the fat-seamed bowler-friendly 2017/2018 specification Duke’s balls rather than the dreary batsman-assisting 2019 batch is correct for a great many reasons.

First, there’s the obvious if prosaic reason that Test cricket in England in 2017 and 2018 was almost uniformly tremendous, with the series against South Africa, West Indies, Pakistan and India all various degrees of splendid.

This was where Ashley Giles focused most of his discussion of the topic, and fair enough it is a decent reason.

Far more importantly, though, it is very funny, setting up as it does this year’s Australian Ashes Excuse when things go wrong. In recent English Ashes summers, England have employed such nefarious tactics as winning the toss or playing the game on English pitches. This time, when Australia inevitably get themselves bowled out for 12 at some stage, it will all be because of the ball.

Just stop awhile to take that in. Australia – Australia – will be complaining that it’s unfair what England have done with the ball. We literally cannot wait.

Aussie commenters were quick to point out that a ball offering extra assistance to your James Andersons, your Stuart Broads and even, god willing, your Jofra Archers would also be very much to the liking of Pat Cummins, Mitchell Starc, James Pattinson and so forth. Quite right, of course. England’s plan very much involves both teams having the same helpful tools at their disposal. One team having a different, more helpful ball is more of an Australian tactic.

And if England fail to score a run all summer against an excellent bowling attack armed with weaponry as potent as the 2018 Duke then that is also funny. Win-win.

Jofra gets it done
Everyone was pretty much agreed that Jofra Archer would inevitably do enough by the end of the Pakistan ODIs to secure a place in England’s final World Cup squad having not been named in the chiefly pointless provisional 15.

But nobody was saying Jofra Archer would have done enough by the end of his first over of that series. He didn’t even take a wicket – that had to wait until his second over – but after sending three 90mph rockets snaking past Imam-ul-Haq’s forlorn gropings the very idea of Archer not playing every game in the World Cup and indeed the Ashes just seemed preposterous.

Archer ended with figures of 1/6 from his four overs, with four of those runs coming from the final ball he bowled on a day when the other big winner (although not a winner with the mobile bookmakers) was the rain.

Rain reigns
England’s clash with Pakistan wasn’t the only game scuppered by the glorious British/Irish summer. Ireland’s Tri-Series clash with Bangladesh in Dublin didn’t see so much as a single ball bowled, while the same fate befell the first of Scotland’s ODIs against Afghanistan in Edinburgh.

Tons of Hope
In Test cricket, Shai Hope is famously saddled with a curse that means while he will always score hundreds every time he bats at Headingley he shall never score them anywhere else. Having currently scored 100% of his two Test hundreds in the 3.45% of games that have been in Leeds, the curse shows no signs of lifting.

No such issues in ODIs, though. Back-to-back centuries against Ireland and Bangladesh mean he’s now scored five centuries (and a 95) in his last 13 innings. Kohliesque antics from the West Indies keeper-batsman, who was joined by John Campbell in some record-breaking nonsense in that Ireland game.

They put on 365 for the first wicket – the highest ever opening stand in ODIs and only seven short of the record for any wicket. They came within three overs of becoming the first openers to bat through a completed first innings in ODI cricket, and are just the second pair of openers to each make 150 in the same game. Brendon McCullum and James Marshall were the first, fact fans.

Combined with England’s match-winning seventh-wicket partnership last Friday, it meant Ireland had at one stage bowled 62.1 overs and conceded 463 runs without taking a single wicket.

Barmy bantz
While it has on the whole been a good week for pre-Ashes banter (see above) it is our sad duty to report that the Barmy Army is at it again.

We’re guessing that’s meant to be sandpaper that Nathan Lyon’s chucking about. Although making sandpaper easily confused with bog roll just seems like asking for trouble if you ask us. Reminiscent of that awful toilet paper you used to get at school. Anyway. This, inevitably, sparked an equally dreadful whataboutery response from Australia and now we pretty much think the Ashes should be cancelled and the urn given to, oh, let’s say, New Zealand.

A bit of selective memory?

The Football
Biggest summer for English cricket in a generation. Home World Cup. The Ashes. No major football tournament to hoover up the back-page real estate. Cricket’s coming home. Massive. Huge. Big chance, this. Got to take it. Inspire the next generation while there’s no distractions.